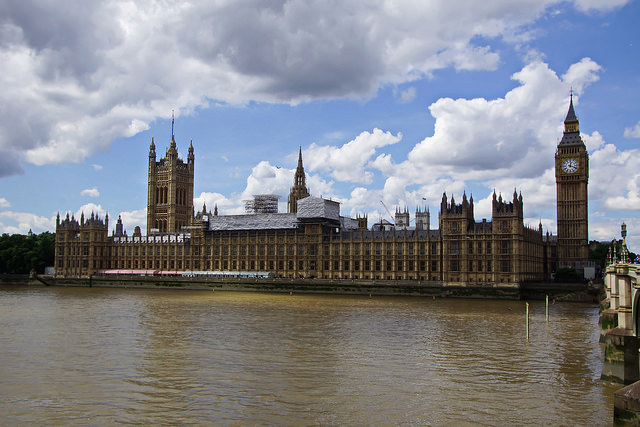 The Aberdeen Independence Movement (visit their facebook page here) write a collective piece on the past few days of chaos in the House of Commons, explaining what happened and why it proves there is no future for Scotland as an equal nation within the UK

IT HAS been a chaotic few days in Westminster, and it might be hard to follow what’s happened. We’re going to try to explain how we got to the point where the SNP MPs have walked out of the House of Commons.

Many of you will know that the Brexit Bill has precipitated a constitutional crisis, but may not know why.

Under the devolution settlement, any power not explicitly reserved to Westminster automatically belongs to Holyrood. During the Brexit campaign, this was used in the Leave statements in Scotland because the powers which were reserved to the EU would automatically return to Holyrood, as they are not explicitly reserved to Westminster. This particularly meant fishing and agricultural policies, among many others. Scotland was told by the Scottish Secretary, David Mundell, that Brexit would be a ‘powers bonanza’ for Holyrood as all those powers returned to our control.

READ MORE – ‘Democratic outrage’: SNP MPs walk out of the House of Commons at #PMQs

However, the Brexit Bill as proposed by Westminster instead draws all those powers to Westminster, with the possibility that sometime in the future we might be allowed to have some of them devolved back to Holyrood. As this was both clearly not what was voted on by the people in Scotland and Scotland rejected Brexit anyway, Holyrood held a vote on this.

Why was Holyrood able to hold a vote? Under the Sewel convention, the Scottish Parliament has to give its consent to any Bills which affect the devolution settlement. Westminster had offered a Continuity Bill which involved the EU powers being withheld to Westminster for seven years before being devolved. In those seven years, Westminster would have total control over the deals made regarding fishing, agriculture, etc. When we finally got control over them, those deals would have already had major consequences for Scotland.

When Holyrood voted on the Continuity Bill, Labour, the Lib Dems, the SNP and the Greens voted together to withhold consent because this deal was unacceptable to Holyrood. Only the Conservatives voted in favour of it, despite it meaning that their own jobs would be undermined.

However, despite all this, Westminster has decided that the Scottish Parliament’s consent is irrelevant, and is pushing ahead with the Brexit Bill as it stands. This undermines the entire devolution settlement.

READ MORE: As protesters against the power grab rally outside of Holyrood, SNP membership swells by over 5000

Tuesday saw the first round of voting, only 19 minutes was allocated to discuss this constitutional crisis. When it came to it, Tory Minister David Lidington filibustered the debate, so in those 19 minutes not a single Scottish MP, SNP or otherwise, was allowed to talk. It timed out without discussion of the most crucial aspects of this crisis.

On Wednesday, during PMQs, Ian Blackford (the SNP’s Westminster group leader) asked for this to be addressed, and refused to sit down as he raised multiple points of order, asking for a private sitting where the House of Commons could have a proper discussion about this. Speaker John Bercow eventually had him ejected from the chamber, and all the SNP MPs followed.

It is possible, of course, that there would have been a private sitting had Blackford capitulated, but to the SNP, the crucial issue is that the vast majority of people in Scotland don’t know any of what we’ve talked about in this post. Most people don’t know there’s a constitutional crisis, that the devolution settlement is being undermined or that our fishing and agriculture is going to be at the mercy of a small group of Tories for seven years. In order to get this talked about, they had to make a massive show, to raise awareness so that they could get the Scottish people the information they need.

When Scotland voted in 2014, it was on the basis of a series of promises about a ‘union of equals’, ‘lead, don’t leave’, the promise of strengthening devolution and powers for Holyrood. Instead, Scotland has been treated with unconscionable scorn and mockery, and any time Scottish MPs try to raise the fact that what we voted on has been betrayed, they are accused of ‘grievance politics’.

Scotland deserves better than this, and it is clear from last night’s vote, as only one single Labour MP (Dennis Skinner) voted with the SNP against the devolution aspect of the bill while every other Labour MP abstained or voted for it, that there is no foreseeable future in which Scotland is allowed to be equal within the UK.

We can choose a different path. What we voted on in 2014 no longer exists, and there is no status quo anymore. You have a choice of two different types of change – one where Scotland is in control of its own country and one where we are ignored, mocked and disrespected at every opportunity.