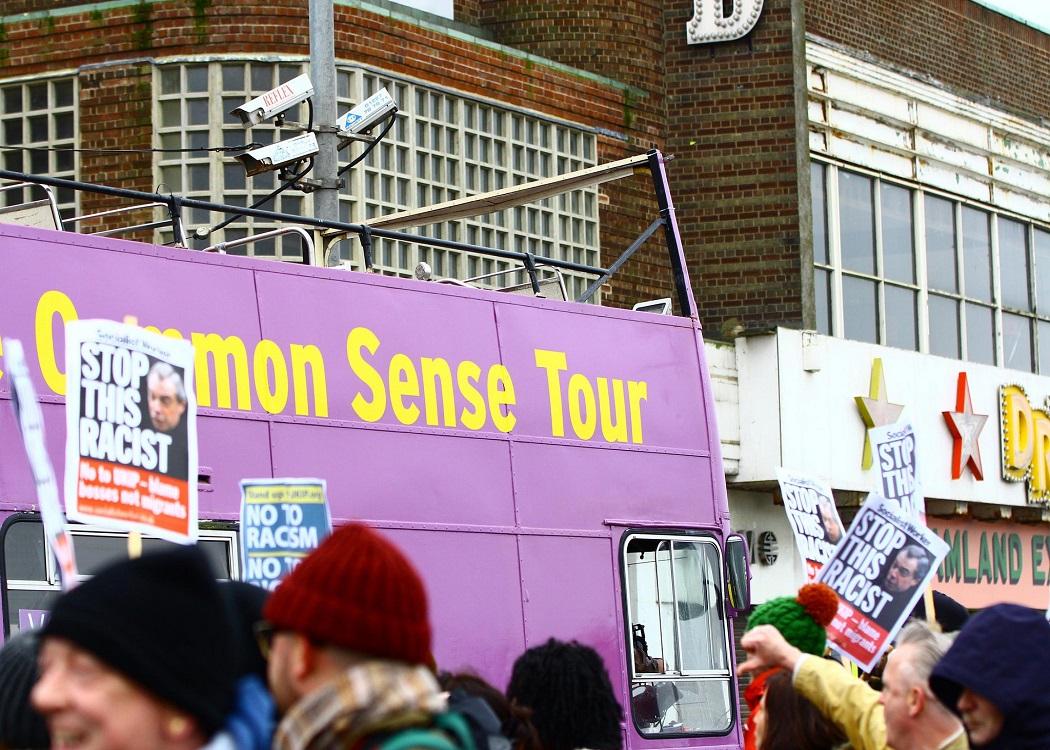 Ukip has landed itself in trouble before in Scotland

UKIP is embroiled in fresh controversy after the party’s only MEP in Scotland compared a senior muslim politician with a convicted terrorist.

But it’s far from the first time the party has faced trouble in Scotland, despite having less political presence north of the border.

We take a look at five key moments for Ukip in Scotland.

David Coburn sparked a racism storm after comparing Scottish minister Humza Yousaf to Abu Hamza in an interview with the Daily Mail over the weekend (click here to read more).

Speaking about a public debate, Coburn said: “Humza Yousaf, or as I call him, Abu Hamza, didn’t seem to turn up”.

Ukip’s response ranged from claiming it was a “slip of the tongue” despite Coburn stating Yousaf’s name correctly within the same sentence, to suggesting Humza develop a sense of humour and a thicker skin.

Yousaf – an SNP MSP who is the only muslim member of the Scottish Government in his role as external affairs minister – sent a letter to Prime Minister David Cameron in reponse asking him to rule out any possibility of a Tory-Ukip General Election deal.

He said: “[T]here’s more chance of winning the lottery two weeks running than getting an openly Rangers-supporting MSP into the chamber of the institutionally catholicised pretendy parliament .. lol.”

“No wonder the blue half of my city say G.C.C actually stands for the Glasgow Celtic Council for Gays Catholics Communists eh.lol. NS!”

He also wrote in 2011: “You have to witness a Glasgow election count night to understand the extent of islamist influence within the SNP and Labour … last time out I thought we were contesting a seat in Pakistan.lol.”

3.) Nigel Farage was chased out of Edinburgh

In 2013, Ukip leader Nigel Farage required a police escort out of a pub in Edinburgh after protesters took the opportunity to let him know what they thought of his party’s politics (click here to read more).

In September last year, David Coburn was in the middle of another controversy after allegedly calling Scottish Conservatives leader Ruth Davidson a “fat lesbian” (click here to read more).

According to a report from the Daily Record, Coburn was apparently overheard during a conversation on a train.

Fellow passengers claimed they heard him call former Scottish Labour leader Johann Lamont a “fish wife”, and he allegedly said the Green party was a “cult like scientology”.

When asked about the comments, Coburn said: “I’m a fat Scotsman, there so. I don’t recall any of this.”

In another drama involving sexuality – particularly eyebrow-raising because David Coburn himself is gay – Coburn hit out at campaigners calling for eqaulity for him and others when he said supporters of equal marriage were “equality nazis” (click here to read more).

He said allowing equal marriage was “rubbing people’s noses in the dirt”, and said it mattered only to “some queen who wants to dress up in a bridal frock and dance up the aisle to the Village People”.

Coburn was criticised by Tim Hopkins of the Equality Network, who said the Ukip MEP “simply doesn’t care who he offends”.