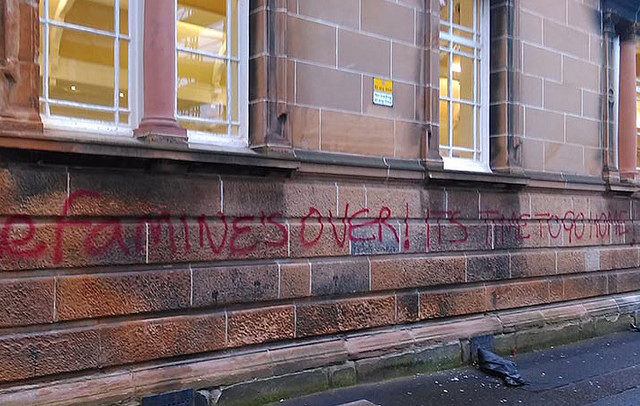 The historian, one of Scotland’s foremost experts on Irish, Scottish, and catholic history, had branded the study “historically illiterate” for failing to acknowledge historical explanations for the data. The researchers, however, rejected the criticism, saying the numbers confirmed their theory regardless. The mortality rate findings suggest that inequality between catholics and protestants is higher in Scotland than in Northern Ireland.

While admitting that catholics in Scotland lived in historically disadvantaged areas, the research team, led by Dr David Wright, stood by their findings.

The paper found that catholic men in Northern Ireland were five per cent more likely to die between the ages of 25 and 74 than protestant men, while in Scotland the figure was at a substantially higher 39 per cent.

“Professor Devine highlights historical evidence that in the first half of the 20th century, Scottish catholics were disadvantaged and suggests that this may explain the excess mortality that we observed,” Dr Wright told CommonSpace. “This may be partially true as mortality rates change slowly in response to societal changes. However, we found no excess mortality for catholics in Northern Ireland, who were also disadvantaged relative to protestants until recently.”

The paper found that catholic men in Northern Ireland were five per cent more likely to die between the ages of 25 and 74 than protestant men, while in Scotland the figure was at a substantially higher 39 per cent. For women, 29 per cent cent of catholics in Scotland were more likely to die between 25 and 74 than protestant women as opposed to just seven per cent in Northern Ireland.

The researchers argued that equality laws in Northern Ireland have been effective in reducing inequality and improving conditions for catholics, and suggested that Scotland should implement similar legislation.

Professor Devine, however, claimed that conditions for catholics in Scotland had improved recently and that the figures were misleading. He suggested that catholics in Scotland were at a higher risk of death than protestants because of historical contexts surrounding their migration to the industrial areas of Scotland.

“The findings therefore essentially reflect where most catholics live and little else.” Professor Tom Devine

“The vast majority of catholics settled in […] the areas of Victorian industrialism,” he said. “These are the regions with the highest rates of multiple deprivation in Scotland because of the long term impact of deindustrialisation on employment, living standards and health. The findings therefore essentially reflect where most catholics live and little else.”

Dr Wright, however, insisted that Professor Devine’s criticisms did not contradict the study’s conclusions.

“We are considering how we might use newly available data to extend our study and accurately measure such changes,” he said. “Given this uncertainty and considering the potential benefits it is hard to see why improvements to equality legislation in Scotland should not be considered.”

Catholics in Scotland have a fraught history. The reformation of the 16th century saw Scotland convert to Presbyterianism, and become opposed to the Catholic Church as a social and political presence. Since the wave of Irish immigration to Scotland in the last few centuries, anti-catholic and anti-Irish sentiment has overlapped, and until the 1990s it was common for Irish catholics to face discrimination in the workplace and have limited opportunities for social improvement.

In 2004, government figures showed catholics were still five to six times more likely to be victims of sectarian attacks than other religious groups, but that same year there were only four cases of employment discrimination with any sectarian connection.