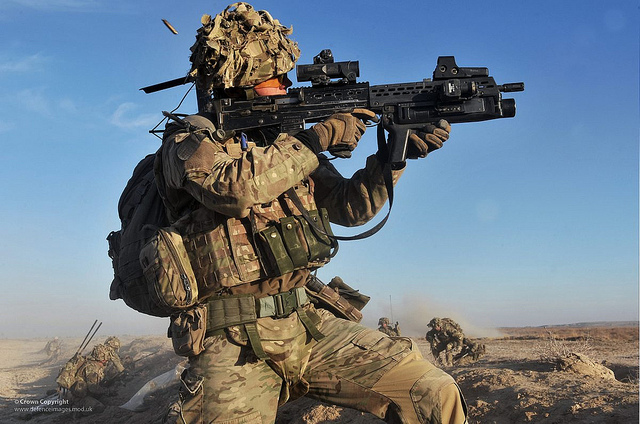 OVER 50 ACADEMICS have expressed their support for a motion drafted by Young Scots for Independence (YSI), calling on the UK Government to work towards raising the age of UK armed forces recruitment to 18.

This follows a report in the Sunday Herald that SNP MPs tabled an amendment that watered down the motion by focusing on “active duty” rather than recruitment.

In a motion prepared for next month’s SNP conference, the YSI wrote: “Conference calls upon the UK Government to work towards raising the minimum armed forces recruitment age from 16 to 18 for all roles that require combat training in line with international standards and affirms that this will form a part of the SNP’s defence policy for an independent Scotland.”

“Conference calls upon the UK Government to work towards raising the minimum armed forces recruitment age from 16 to 18.” YSI motion for SNP October party conference

The open letter, published in the Guardian newspaper, was signed by 52 academics specialising in international relations, political science and the military, and states that it is “unacceptable that the British armed forces continue to recruit people under the age of 18.

“The UK is one of only 19 countries worldwide to recruit 16-year-olds.” Open letter to the Guardian

“The UK is one of only 19 countries worldwide to recruit 16-year-olds,” the letter continues. “Other countries that do so include North Korea, Iran and Syria. No other EU or Nato member state recruits 16-year-olds. Some 2,250 minors were recruited into the armed forces in the past 12 months. The army alone enlisted 1,000 16-year-olds. This makes 16-year-olds the single biggest age group entering the army.

“Child Soldiers International has found that soldiers who enlisted at 16 were twice as likely to die in Afghanistan as those who enlisted aged 18 or above.”

The letter goes on to point out that the UK’s policy of recruiting those under the age of 18 had been challenged by Westminster’s joint committee on human rights and its defence committee, as well as the Equality and Human Rights Commission, Amnesty International, the National Union of Teachers, the UN committee on the rights of the child, military veterans and children’s rights organisations. However, these challenges have thus far been ignored by the UK Government, which has not reviewed the policy.

The letter concludes by arguing that this “is an issue on which the SNP should take leadership.”

“We’re disappointed we still do not have the support of the SNP defence team.” SNP Youth national vice-convener Rory Steel

SNP Youth national vice-convener Rory Steel commented on the proposed motion to the Sunday Herald, saying: “We’re glad to see so many backing this policy, which would protect young people’s welfare and human rights, but we’re disappointed we still do not have the support of the SNP defence team.

“The defence team hasn’t consulted with the YSI. The views of young people in our party should be central to the issue, but have not been taken into account.”

Speaking to the Guardian, Steel went on to say: “Young recruits in general face disproportionate risks to their welfare compared to their 18-plus counterparts such as greater risk of death, injury, mental health issues and suicide.

“The Ministry of Defence has a clear agenda to recruit working-class, young men into the infantry – the most dangerous role. Poverty has always been regarded as the greatest recruiting sergeant. We do not believe that the failures of Tory governments and young people’s alienation from society should be taken advantage of.”

A 2014 Ipsos Mori poll for the Joseph Rowntree Reform Trust revealed that 78 per cent of respondents who expressed a view on the subject believed 18 should be the minimum enlistment age for the armed forces.

Enlistment into the armed forces by those under the age of 18 can only go forward with parental consent. Age of recruitment in the UK begins at 15 years and ten months.

“We are delighted to see the Scottish Government seeks to address children’s rights as enshrined by the United Nations, and we urge them to do so with consistency.” Adwoa Bittle, clerk to the Quaker General Meeting for Scotland

Adwoa Bittle, clerk to the Quaker General Meeting for Scotland, spoke to CommonSpace on behalf of the Scottish Quakers, who have previously campaigned against military visits to schools which are regarded by some as a covert recruitment tool, saying: “Quakers in Scotland are led by faith to oppose the recruitment of children into any armed forces role.

“Our work on this issue is backed by medical research and professional bodies. We are delighted to see the Scottish Government seeks to address children’s rights as enshrined by the United Nations, and we urge them to do so with consistency.”