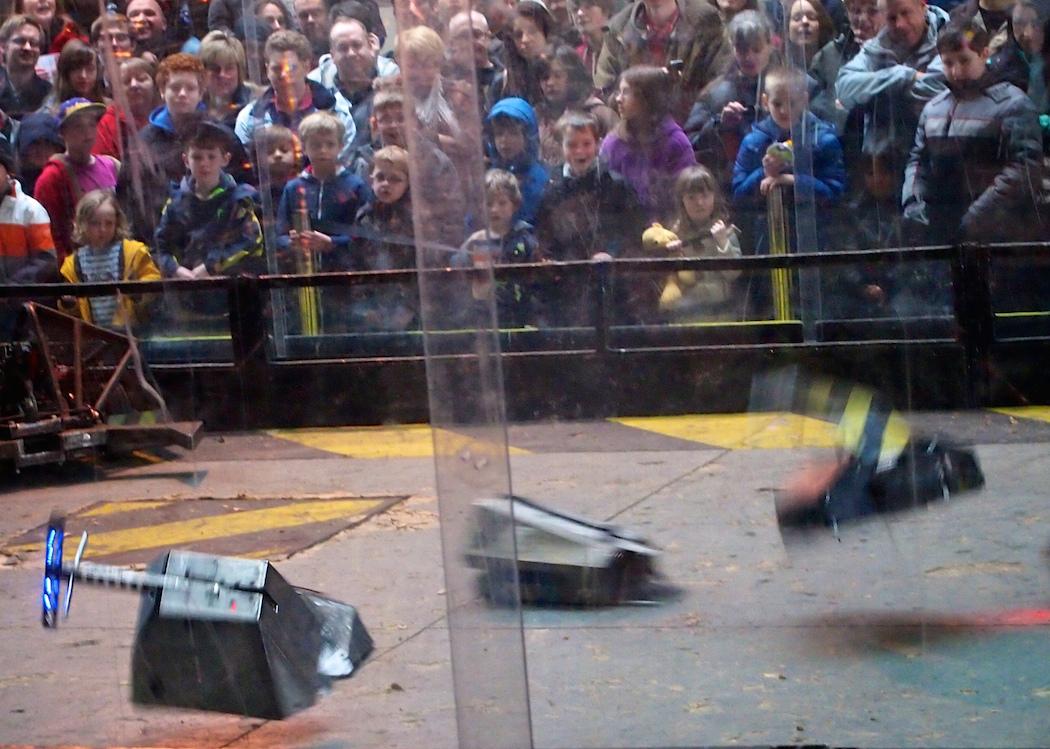 IT BROUGHT fire, technology and ‘do it yourself engineering’ to millions of viewers. Now the classic TV show ‘Robot Wars’ is set to return, after BBC 2 commissioned Mentorn Scotland to bring the show back to life.

Mentorn, which also produces BBC Question Time, will recreate the show in Glasgow set in a “new purpose-built fighting arena”, while promising “more robots, more battles and more science than ever before”.

In a statement the BBC said: “The new series includes a raft of technological advances since the show first aired over a decade ago, and viewers can expect to see more innovative fighting machines as teams of amateur roboteers battle it out to win the coveted Robot Wars title.”

Robot Wars involves teams of designers who compete with home-designed robots in a televised entertainment gameshow. The programme entered a decade long lull, after running for seven series in the late 1990s and early 2000s.

Kim Shillinglaw, Controller of BBC Two and BBC Four, welcoming the news, said: “Robot Wars is an absolute TV classic and I’m thrilled to be updating it for the next generation of viewers. With new technological advances making for an even more exciting and immersive experience, this is a fantastic example of the kind of content-rich factual entertainment that BBC Two excels at.”

The announcement coincides with promises to review BBC production and investment in Scotland following criticism the corporation was not doing enough to support Scottish broadcasting.