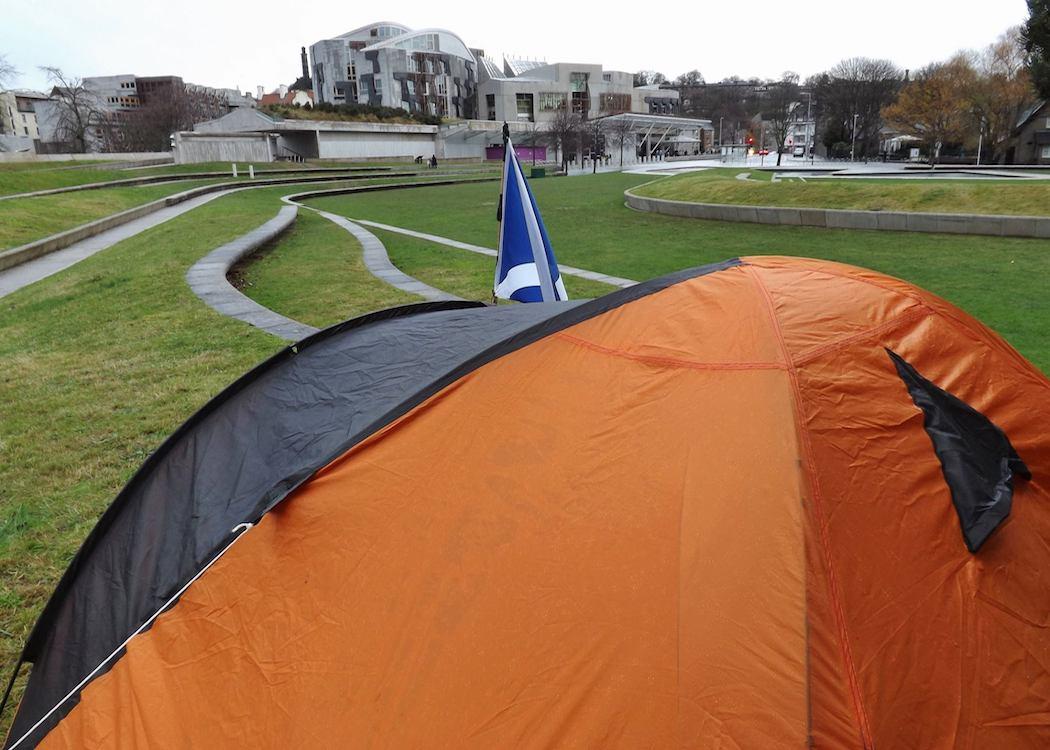 A PRO-INDEPENDENCE camp site has opened outside the Scottish Parliament, with its political activist occupiers promising to stay put until Scotland becomes an independent country.

Launched by activist Jordi McArthur, the event is inspired by the five year long vigil that was held on Calton Hill in favour of a Scottish Parliament between 1992 and 1997.

Three days into its vigil, the group has over 500 supporters as members of its ‘Indy Camp’ group.

McArthur, launching its aims, stated: “This is the ‘voice of the people’ Nicola Sturgeon has asked for. Now is the time to make a stand for our people & country. Join us in peaceful protest and occupation in support of Scottish independence.”

The group states that it will rotate those staying outside the parliament to ensure it remains occupied at all times.

Currently there are no plans for a second referendum on Scottish independence, which was rejected in September 2014 by 55 per cent to 45 per cent.

However, recent polls have found a majority for independence and the Scottish National Party will consider a future vote in the event of a “material change in circumstances” such as the UK leaving the EU against Scotland’s will.

The vigil on Calton Hill lasted from the election of a Tory government in 1992 until Scotland voted to establish its own parliament in 1997.