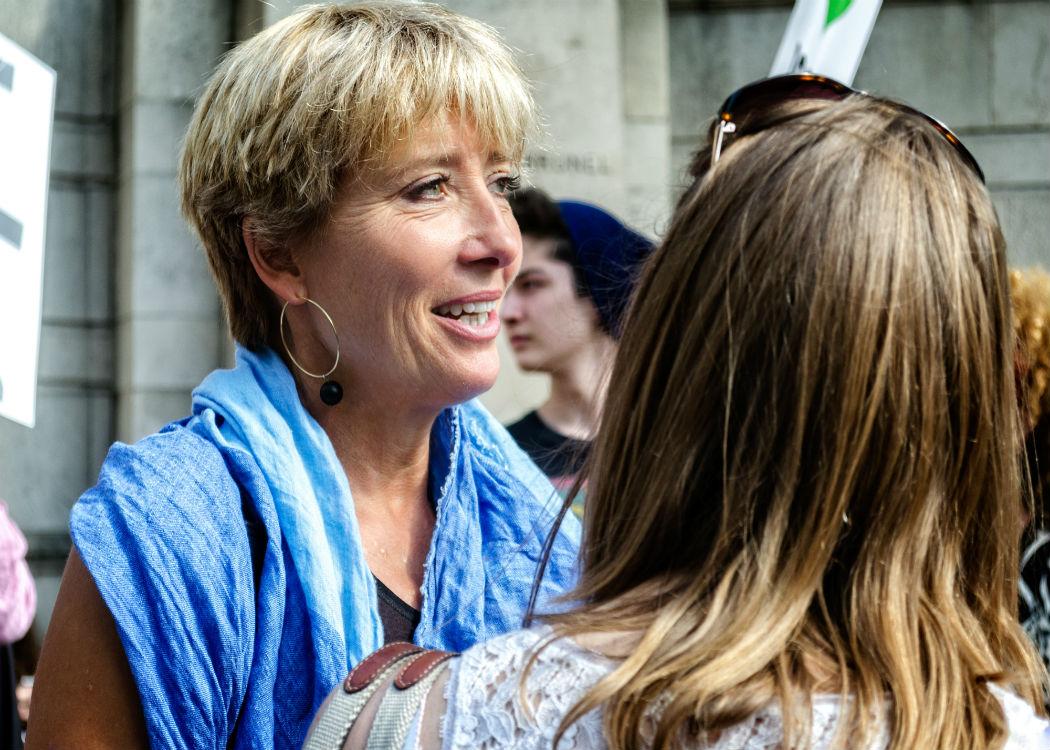 ACTRESS EMMA THOMPSON has supported the calls of campaigners for LGBT+ inclusive education in schools in an effort to tackle homophobia.

The critically lauded actress, who played Sybill Trelawney in the Harry Potter films, starred in Remains of the Day and Howard’s End alongside Anthony Hopkins and was screenwriter and lead actress in an award winning adaptation of ‘Sense and Sensibility’, said that the time was right to “get rid of homophobia”.

“Let the rainbow live. We are all in this together and if you’re young, you know that better than anyone. Get rid of the old, get in with the new – get rid of homophobia.” Emma Thompson

She said: “The time for homophobia is long gone. It’s over. Any young person indulging in homophobic bullying is a teenage dinosaur who should just go and sit coughing over a sherry in an old white men’s club… It’s not cool. It’s not intelligent and it’s not attractive. Let the rainbow live. We are all in this together and if you’re young, you know that better than anyone. Get rid of the old, get in with the new – get rid of homophobia.”

The endorsement comes as a boost to the Time for Inclusive Education (Tie) campaign, which campaigns for secondary schools education to represent a range of sexualities and identities, and which has gained momentum in recent months, winning the support of the SNP at its pre-election party conference.

In a statement welcoming Thompson’s support, Tie said: “We are delighted that Emma Thompson has backed our campaign, and has joined us in urging the next Scottish Government to commit to tackling homophobia in schools. Despite education featuring prominently throughout the current parliamentary election campaign, there has been no public mention of LGBT+ education from any party leaders thus far. Hopefully, the growing support for our cause will encourage them to start addressing the very real issues facing LGBT+ youth in our schools.”

The campaign is calling on the next Scottish Government to commit to measures to secure teacher training that promotes inclusive education.