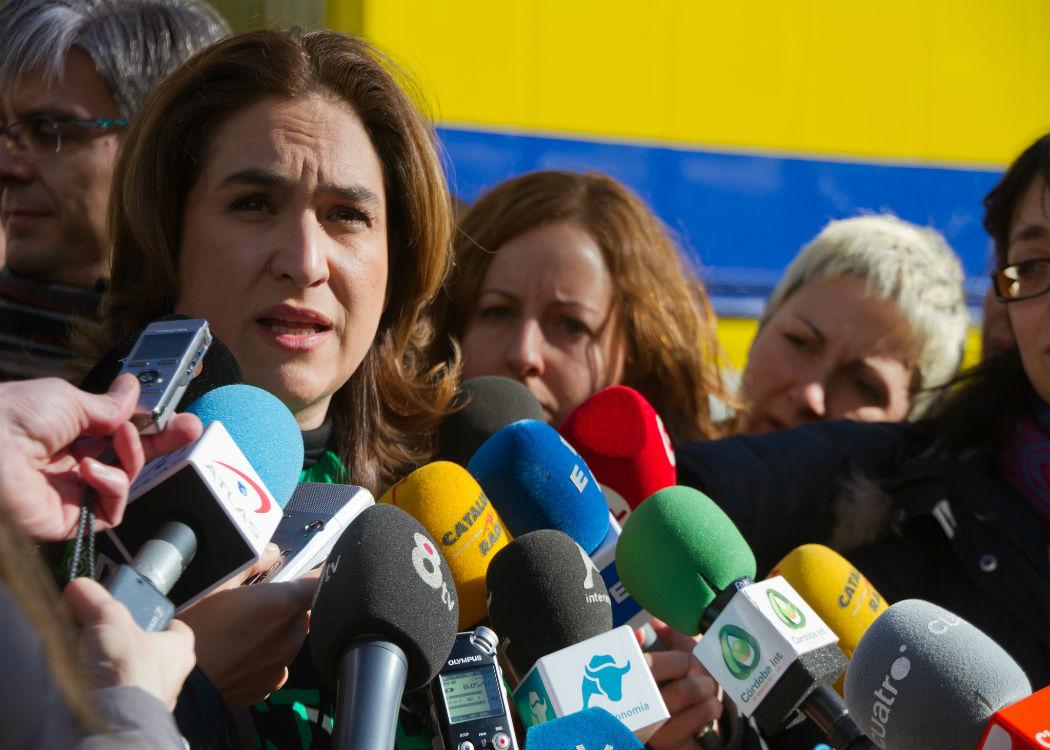 Housing activist Ada Colau has been elected the new mayor of Barcelona. CommonSpace looks at her credentials and her plans to shake up the political system

THE Spanish local and regional elections on Sunday saw anti-austerity coalitions working in coordination with the left-wing Podemos party to secure victories against the establishment parties.

One of those victories was in the Catalan capital, Barcelona, where anti-evictions housing activist Ada Colau was elected as mayor standing under the left-wing Barcelona en Comu coalition of various political parties, including Podemos.

Colau became the first women to ever be elected to the top position in Spain’s second largest city as Barcelona en Comu defeated the centre-right Catalonian nationalist party, CIU, to became the leading party in the local council.

Colau’s activist credentials stretch back to protests against the Gulf war in the early 1990’s, but made a name for herself in the Platform for People Affected by Mortgages (PAH), an anti-evictions movement established in response to the financial crisis in 2008 which sent Spain’s property market into chaos.

As spokeswomen of PAH, Colau famously called a representative of the Spanish Banking Association a “criminal” at a parliamentary hearing on the housing crisis in 2013, and said she would have “thrown a shoe at him” if she didn’t think it was more important to “stay here and speak”.

Colau is no longer in PAH, but her history of activism was widely considered to be a key factor in her election as mayor.

“Although she’s left that activism behind, her past fighting in direct actions for thousands of families who were going to be evicted during the recession has helped her election now,” political analyst Germa Capdevila told the Independent. (Click here to read more).

Barcelona En Comu has a 30 point action plan, which includes an end to housing evictions, an increase to the supply of public housing and the fining of banks with unoccupied dwellings on their books.

Colau will take immediate measures to put politicians on more of a level playing field with society as a whole, including limiting her monthly salary to PS1,600 a month and getting rid of official cars. The details of any government meeting will be posted online, to create more government transparency.

“What most excites us is the idea that Barcelona could become a world reference as a democratic and socially just city. Barcelona has the resources, the money and the skills. The only thing that has been missing to date has been the political will,” Colau told the Guardian prior to her election. (Click here to read more).

The Spanish General Election will take place on or before 20 December this year, and the centre-right People’s Party faces a new challenge from Podemos, which was only founded in 2014, and new centrist, anti-corruption party Ciudadanos.

Podemos emerged out of the ‘indignados’ movement after the financial crisis, which saw tens of thousands of people across Spain occupy city squares against austerity in one of the country’s largest and most participative grassroots movements in the post-Franco era.