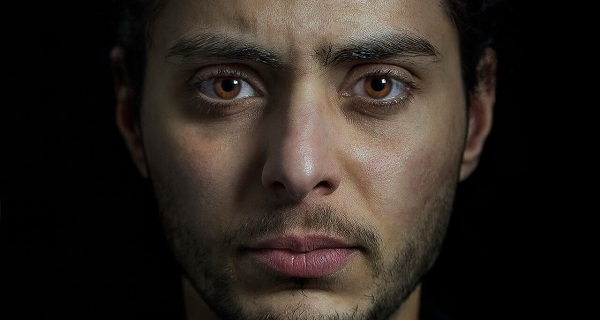 GENDER is everywhere. It fuels our identity politics and governs our life choices and behaviour. The distinctions of gender are so entrenched that they even permeate our everyday language.

Adam Kashmiry identifies this in his opening monologue to Adam, the National Theatre of Scotland’s (NTS) new production based on the story of his own transgender experience.

“I like English,” he states, noting that the language is void of separate masculine and feminine versions for nouns. This is unlike his native Arabic, spoken in Egypt where he grew up female.

His increasing anxiety, confusion and conflicting ideas of where to go next play out against the backdrop of boiling tensions in Cairo, where democratic revolution is turning to violence.

The play marks Kashmiry’s life from childhood, where the stereotypes and expectations of young women where forced upon him, to his discovery of his trans-identity and subsequent journey to Glasgow where he fought for asylum status.

Director Cora Bissett discovered Kashmiry’s story during a short monologue he gave as part of the Citizens Theatre Community Company and Scottish Refugee Council’s production of Here We Stay. From there the process to put his story on stage began.

Kashmiry is played simultaneously by himself and actress and singer Neshla Caplan. The two performers switch roles smoothly, also incorporating other characters from Kashmiry’s loving but traditional mother to the strict and cold voice of the home office representatives.

It is obvious that Caplan is a trained vocalist as her versatile and captivating voice and range of accents are one of the performance’s most striking assets.

Kashmiry does not shy away from the sexism and discrimination felt by women in societies such as Egypt’s. While working part-time in a retail store, a young Kashmiry, pre-transition, experiences misogyny from the creepy store manager. 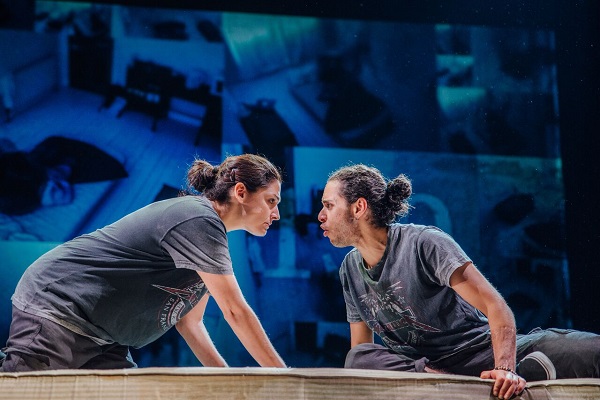 This escalates when Kashmiry meets Amira, a fellow shop assistant who defies the conservative ideas about women, and enters a relationship with her. While Amira is upfront and unapologetic about being a lesbian, Kashmiry is left even more confused about his sexual and gender identity as a result.

Finding the pair together in the stockroom, the manager explains that women can be “cured” of homosexuality before forcing himself on Kashmiry: “You won’t want girls when you’ve felt what I can give you.”

The play takes an explosive turn when Kashmiry uses the internet to ask “can the soul of a man be trapped in the body of a woman?”. The large screens behind his laptop suddenly fill with the faces and the voices of trans-people addressing their computer screens with similar questions and statements.

They tell their stories in the hope that it may inspire another trans person looking for answers about their identity. Music is provided by the Adam World Choir, a digital community of transgender and non-binary people from across the globe.

The scene, aided by lighting designer Lizzie Powell and sound designer Garry Boyle, is a powerful symbol of the internet’s ability to unite people globally and provide solace for those who feel isolated in their experiences within intolerant societies.

Perhaps the most disturbing element of the play comes when Kashmiry, alone and desperate in his tiny Glasgow apartment, resorts to using a knife to remove his breasts.

In this respect, Adam has similarities to Bissett’s former NTS production of Rites, which used the verbatim stories of women who had expereicnes female genital mutilation (FGM).

Later, sitting on the dirty, single mattress in a tiny Glasgow apartment, Kashmiry battles with the Home Office under increasing pressure to prove his transgender status.

His increasing anxiety, confusion and conflicting ideas of where to go next play out against the backdrop of boiling tensions in Cairo, where democratic revolution is turning to violence.

Kashmiry wrestles with his inner demons about his own identity and a simmering guilt that he has abandoned his home country at a time of historic change. Yet he knows he cannot return.

Perhaps the most disturbing element of the play comes when Kashmiry, alone and desperate in his tiny Glasgow apartment, resorts to using a knife to remove his breasts. After facing repeated rejection from the Home Office and surviving on little to no money, he is left, he believes, with few alternatives. 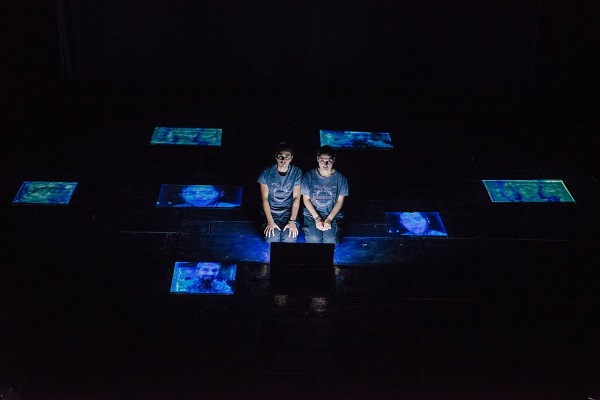 Adam is spectacular in scope, interweaving the personal with the political in a clever and inventive way.

While transgender rights may have finally forced their way onto the mainstream agenda, this play offers real life perspective and original testimony which deserves to be seen by as diverse an audience as possible.

Adam performs at Edinburgh’s Traverse until August 27 and will then tour to Stirling’s Macrobert Theatre on 5-6 September and Glasgow’s Citizens Theatre on 13-16 September.