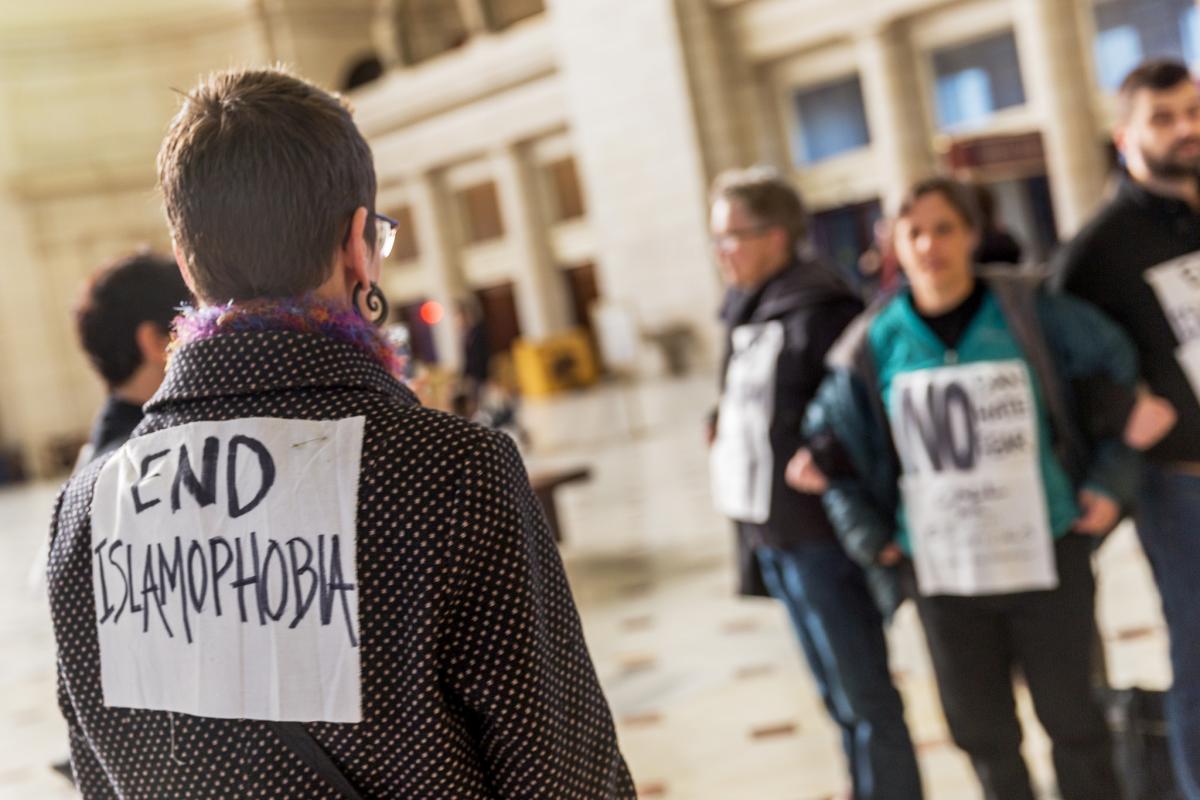 ACADEMICS and campaigners will launch a new ‘Counter-Islamophobia kit’ in Scotland in the wake of the Christchurch massacre, which killed 51 worshippers at Mosques in New Zealand.

Scotland Against Criminalising Communities (SACC) will co-host the launch with the Islamic Human Rights Commission (IHRC) at a meeting in Glasgow’s Renfield St Stephens Centre on Thursday 28 March. The launch will also have representation from the Muslim Council of Scotland and the STUC Black workers committee.

The Scotland launch follows the kit’s Europe wide launch at the European Parliament in September 2018, and the report is drawn from case studies and fieldwork from across European countries where Islamophobia has been politically formative in recent years, including the UK, Hungary, France, Germany, Portugal, Czech Republic, Greece and Belgium.

The kit will be presented by the leader of the European project, Professor Ian Law of Leeds University, and Arzu Merali, co-founder and head of research at IHRC.

It identifies nationally specific Islamophobic narratives and suggests counter-narratives which can be deployed by organisations looking to understand Islamophobia as a specific form of racism.

The academic studies behind the kit identify central themes of Islamophobia in the UK. They include:

In the aftermath of the Christchurch massacre, which saw a gunman engage in a killing spree to promote anti-Muslim conspiracy theories, new demands have emerged for Islamophobia to be tackled in political and civic life.

The academics, civil rights and anti-racist organisations promoting the kit hope it will inform the responses of policy makers and organisations as well as social movements to the specific nature and threat posed by Islamophobia, and the particualr tropes generated by this form of modern racism.

Richard Haley, Chair of SACC, said: “Islamophobia isn’t just an outpouring of meaningless hate. Like all forms of racism it is a political phenomenon and it carries political force. It needs to be understood and defeated so that it ceases to shape events unfolding across our world. The CIK draws on experiences gained in eight different European countries and represents a really major contribution to our knowledge base. Scotland is very far from being immune to Islamophobia and I hope that people working to tackle the problem will make use of the CIK in developing their own approaches.”

Opinion: The diary of a Scottish Muslim Woman after the Christchurch Massacre

Following the Christchurch massacre, there has been a renewed focus on Islamophobia and its prevelance across society and especially in the political right.

A recent survey by the Hope Not Hate campaign found that 66 per cent of Tory voters agreed that Islam was a threat to western civilisation.

On Sunday (24 March) it was revealed that 15 Tory councillors had been quietly re-instated to their positions in the party, including some who had referred to Muslims as “sand peasants”, “cavemen” and compared Muslims to dogs.

Read more: Why we have submitted a dossier on Islamophobia in the Labour Party

Islamophobia became a major force of racist ideology under former prime minister Tony Blair and his New Labour governments as they pursued the war on terror abroad and a domestic crackdown on civil liberties. CommonSpace has submitted a dossier of accusations of Islamophobic racism by leading members of the New Labour tendency.

Ahead of the Glasgow launch Merali said: “The impact of Islamophobic narratives has been only too painfully felt this last ten days after the mass murder Muslim worshippers at prayer in New Zealand. There are many actors in civil society, academic and other settings tackling these narratives, however institutional support for such initiatives is woefully lacking.

“Worse still governments in European settings appear to be appeasing anti-Muslim discourse in order to benefit from the rise in populism.  This project aims to empower those already working on these issues as well as help those in institutional settings make the changes needed if governments are really serious in providing equality, security and safety to all within their borders.”