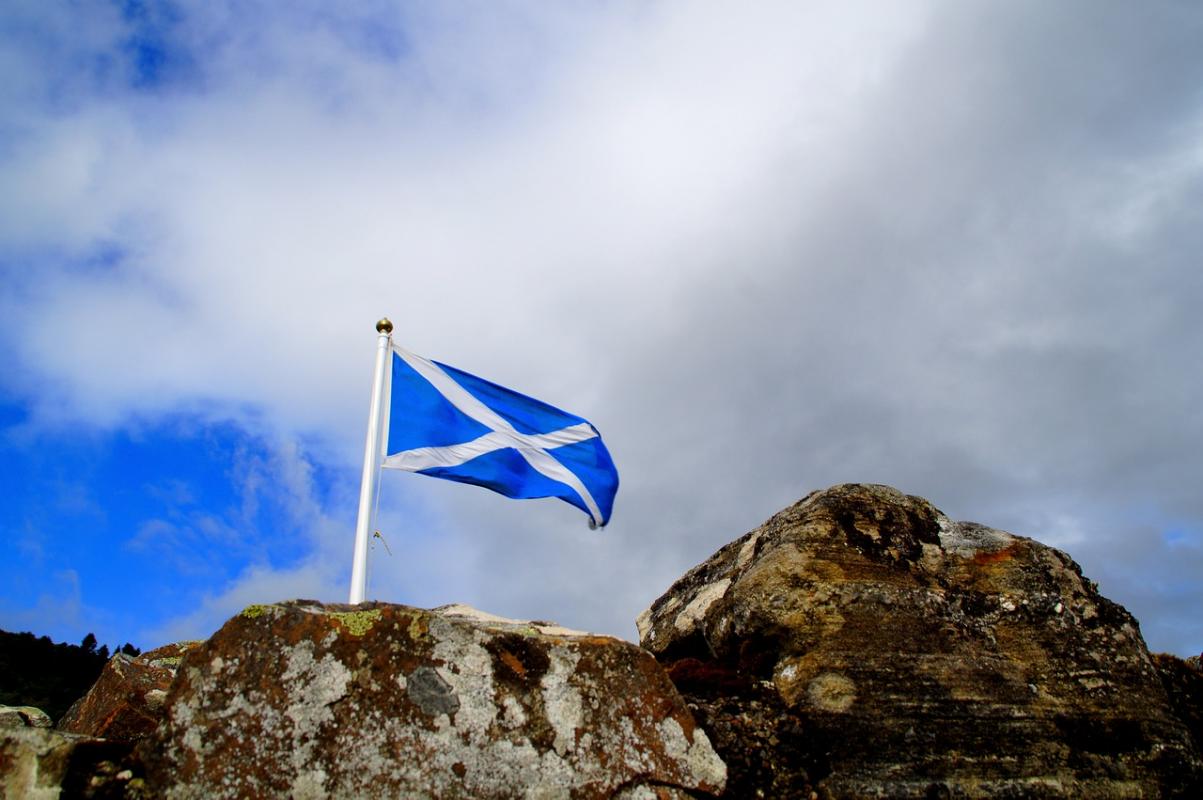 How should Scottish independence supporters respond at this critical moment in Britain’s history?

CommonSpace asked indy movement figures what they thought came next for the independence cause.

Manny Singh, organiser All Under One Banner:

“This is my personal belief – Scotland should concentrate on Scotland. Rather than trying to ask for a People’s Vote, which I’m totally against, trying to overturn a democratic vote, we should be concentrating on Scotland’s case for independence.

“So let’s make our own case. Push the independence movement forward. We are at a very critical point now and I think we have a very hard, strong case to support independence. We should be pushing that right now rather than trying to push a People’s Vote or anything else.

“We should make Scotland’s case, not Britain’s case.

“Our next march is coming up in Glasgow on 4 May. 2018 was the most successful year for AUOB. People came out in mass numbers and that showed the case for independence is stronger.”

“I’ve been fairly open for a long time that, for Scottish independence, Brexit is a door but not a path. The political chaos of Brexit gives us the best chance to do what we should have been doing anyway – developing and communicating a strong and persuasive case for a new Scottish nation state. What I never thought would be helpful would be following the rest of the UK down this crazy Brexit rabbit-hole of a debate, on one side or another.

“Frankly this is the UK’s breakdown, not Scotland’s. Ideally we would have kept our powder dry after the Brexit vote, focussed on developing a proper plan for independence and a proper campaign to sell that plan and the moment to unveil that plan would have been when the UK could agree any route forward. We’d have come out after tonight and said ‘look, the UK is paralysed and Scotland isn’t so here’s the only plan in town’.

“It is an endless frustration to me that this is not where we are. It is beyond me that it looks like Scotland has spent two years coming up with a plan for Brexit but not for independence. But it isn’t too late yet. The biggest barrier to a Yes vote just now is the fear that the poor planning for Brexit means that voters need even more reassurance that we know what we’re doing than they needed last time. The only way to do that is to give voters what Brexiters didn’t – a plan. This is what Common Weal has spent the last three years working on. We need a plan, we need a campaign and we need some leadership. And that’s what should happen after tonight.”

“Everyone should be focused on getting out and talking to people. Whilst some may think that the online echo chambers of twitter and facebook are convincing anyone to change from a No to a Yes, it is not where the campaign will be won. Get out where you can and speak to people about the increasing benefits of Scotland becoming an independent Scotland. Whilst we shouldn’t make the next referendum about Brexit, 62 per cent of the Scottish population voted to remain in the EU, I believe we must do everything we can to try and protect that status.”

“Post this defeat, I think there’s some long-term logic in the indy parties and movement supporting a second referendum option, and campaigning hard for Remain. Geopolitically, you want an rUK that isn’t spiralling off into autarky, whether hard left or hard right. But to be honest, even if Leave wins again – which may actually be made more likely, by Sturgeon and her team campaigning vigorously for it across North and South of England – I don’t fear a subsumption of the indy argument in Brexit chaos. In fact, if the long term SNP government strategy is to work on the 15 per cent of querulous No voters, to give them a solid 60 per cent, I can understand them wanting to wait to the ripest moment possible. In any case, I would like to hear the strident case for a “remain and reform” IndyInEU be raised by SNP/Yessers, and soon. Leadership wobbles notwithstanding….”

“Regardless of what Westminster decides to do with Brexit, and no matter your position on leaving or remaining in the EU, this chaos and confusion is another example of something that’s happening to Scotland that is not of our making. Westminster isn’t working and no matter what external factors influence the timing of our independence, the generous support of the independence movement means that we will soon have a full-time campaign organisation up and running, able to make the case to the people of Scotland.”

“This is a profound crisis of the British state. Throughout, Scotland has been ignored. Worse, the Brexit power grab undermines devolution. Now is the time to launch a call for an independence referendum, secured under the 2016 mandate. Then we need to mobilise the whole movement. A so called People’s Vote is a distraction that will not take independence forward. It is time to act. Stalling much further will see the opportunity to seize the initiative pass us by. Unfortunately key questions such as currency have not been resolved as many have been saying for the last two years. But time is of the essence. In both the movement and in policy we need to move now and go for it, at the precise moment when the British state is in disarray.”

“There are dozens of likely scenarios [after May’s defeat]. But I cannot honestly see any scenario that does not deepen the crisis for the British state. Remain, Brexit, General Election, May’s deal, People’s Vote or anything else that might come – none of them resolve the open wounds Britain is now experiencing.

“If it results in a General Election or a People’s Vote, then it will inevitably delay the decision on an independence referendum. But actually, I think it will push us closer to independence.  A general election only affirms Brexit because both main parties are working to push it through. A People’s Vote, I think, is likely to only deepen the difference between Scotland’s needs and that of the Union if, as I suspect, Scotland votes more overwhelmingly for Remain and England still votes Leave. These paths only deepen the crisis that besets England and moves Scotland into a position where our ties to the Union become less and less tenable.

“The likely possibility, of course, is that May manages to get her vote through on a second vote which would probably require the abstention of Labour – not completely out of the question –  and we end up with Brexit that nobody wants. The crisis will not end regardless, as the UK stumbles onwards into a process of never ending negotiation, it seems.

“But it is important to note that this is not a Scottish crisis. It is a crisis that drags us in, but it is not of our making. So, if we allow our neighbour’s crisis to engulf us then independence is lost. If we keep focused, however, retain clarity and build a positive strategy for a new Scotland, then independence is ours for the taking.”

“We are continuing to develop the IndyApp platform’s as a tool for networking and facilitating the communication capabilities of the Yes movement. Among the two most useful developments nearing completion are: 1.the ability of Indy groups to map out their individual local campaign areas and directly message any one who has downloaded the Indyapp within their area and  2. The ability for all IndyApp users to search nationally for local Indy event that has been posted on a member Group’s ‘front Door’. All events will be displayed and searchable on a national map. This new function is nearing completion  – allowing coordination in one place for people to see what is going on where, when and by whom on any given day across the entire yes movement.

“For this coming year, there is work to be done to help support the groups to use the Indyapp platform to its full extent as a communication tool . Training is being planned for groups to participate in and help expand its usefulness to the movement.”