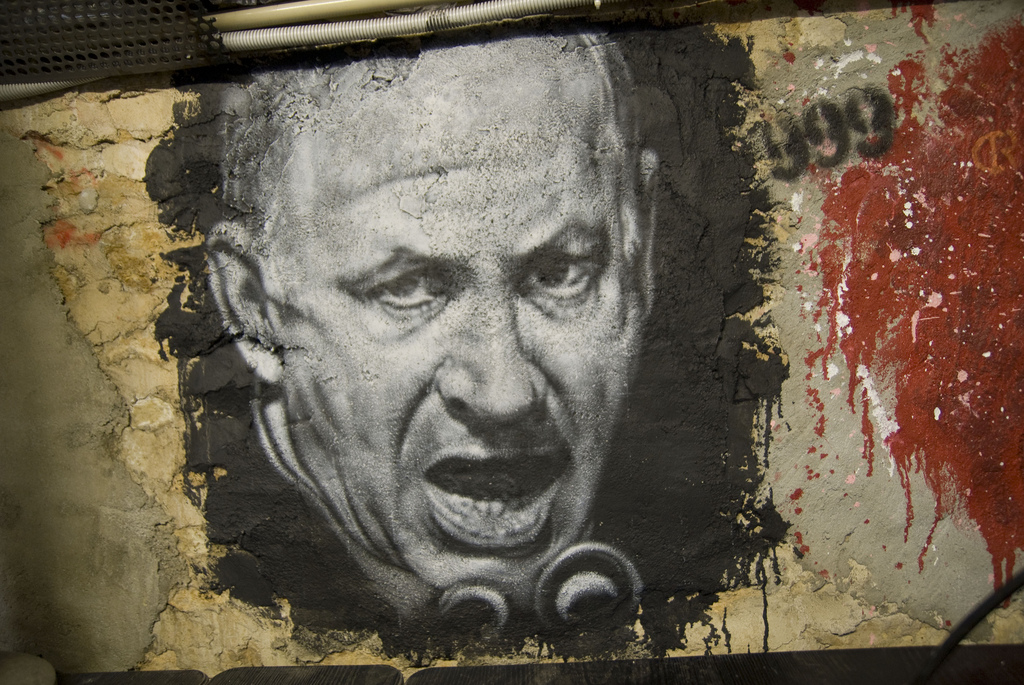 Does Benjamin Netanyahu’s call for “condemnation” of Jeremy Corbyn signal a turning point in a remarkable political and media affair?

SINCE Jeremy Corbyn became leader of the Labour party in 2015, there have been innumerable scares, panics and crazes usually connected to some aspect of Corbyn’s worldview. All of them have been marked by the involvement of two actors in particular – dissident elements on the right of the Labour party, and most of the media.

Classics have included the IRA smear campaign, Corbyn’s refusal to push the nuclear button (thus killing everyone), his supposed work as a Czech spy who monitored former PM Margaret Thatcher’s eating and clothing habits, and that time the media became obsessed with whether or not there were empty seats on a train that Corbyn complained was full.

But none of these campaigns have consumed as much airtime or newspaper ink as the accusations that, previously, Labour has become endemically antisemitic under Corbyn or, latterly, that Corbyn is himself an antisemite who poses an “existential threat” to the Jewish community in the UK – a joint editorial in three UK Jewish newspapers in July.

In recent months the campaign has reached fever pitch, to the point of entering the theatre of the absurd. CommonSpace documents the five most absurd claims against Corbyn and the Labour party.

1) Corbyn conflates Israel with Nazi Germany – except he doesn’t

In a speech about conditions in Gaza in 2010, Jeremy Corbyn said: “I was in Gaza three months ago. I saw … the psychological damage to a whole generation, who’ve been imprisoned for as long as the siege of Leningrad and Stalingrad took place.”

According to Corbyn’s critics, from back-bench Labour MP Luciana Berger to Israeli prime minister Benjamin Netanyahu, this is to make a comparison between Nazi Germany and Israel, and therefore antisemitic.

Except it isn’t. As his spokesperson responded: “Jeremy was not comparing the actions of Nazis and Israelis but the conditions of civilian populations in besieged cities in wartime.”

2) Corbyn in a Palestinian cemetery

In 2014, towards the end of his tenure as a back-bench campaigning MP with a lifelong commitment to the Palestinian cause, Corbyn attended a cemetery in Tunisia which holds the bodies of a number Palestinian activists killed by the Israeli regime.

His purpose was to pay homage to those killed in a 1985 Israeli airstrike against the Palestine Liberation Organisation in Tunis.

Also in the graveyard lay the bodies of four men alleged to be involved in the 1972 Munich attack which killed 11 Israeli athletes.

“The laying of a wreath by Jeremy Corbyn on the graves of the terrorist who perpetrated the Munich massacre and his comparison of Israel to the Nazis deserves unequivocal condemnation from everyone – left, right and everything in between.”

Israeli PM Benjamin ‘Bibi’ Netanyahu lashed out at Corbyn yesterday (13 August) by tweet, prompting Corbyn to respond by criticising “the killing of over 160 Palestinian protesters in Gaza by Israeli forces since March”.

Netanyahu is more or less the last person on earth who can take the moral high-ground when it comes to accusing others of racism. He is fresh from passing the new nation-state law that has been widely condemned as reducing Arab and other minorities in Israel to a second class status (a status they already held in fact if not law). Nor is he a sound custodian of the history of Jewish oppression. In 2015, he drew criticism from Holocaust historians when he falsely claimed that the murder of 6 million Jews was carried out at the instigation of the Palestinian leadership.

One of the more sinister turns in the smear campaign is its propensity for targeting Jewish people themselves. Leftwing and Jewish people who oppose the campaign do, after all, represent a serious danger to its narrative.

In April 2018, as the smear campaign was getting into full swing, Jeremy Corbyn met with a group of young leftwing Jewish people in his own constituency to celebrate the Jewish feast day of Seder, former Labour MP John Woodcock, who has since resigned from the party in July after allegations of sexual harrassment, said “this is deliberately bating the mainstream Jewish community”. How taking part in a celebration of the Jewish community equals antisemitism was never revealed.

The shadow chancellor gave verbal support to a group called the International Jewish Anti-Zionist Network (IJAN) in 2008, saying it could aid in the representation of radical Jewish opinion. The organisation’s charter was criticised for expressing anger and sadness that the Holocaust “is being used to perpetrate other atrocities” – not an unusual criticism to make of the Israeli state, if a controversial one.

IJAN became the focus of the feeding frenzy after its late member and Auschwitz survivor Hajo Meyer was reported to have compared Israeli state killing of Palestinians to Nazi crimes against the Jews.

One can disagree with Meyer’s comments and with parts of the IJAN charter. But surely Jewish people themselves have a right to these arguments, especially those like Meyer who have suffered so terribly at the hands of real antisemites.