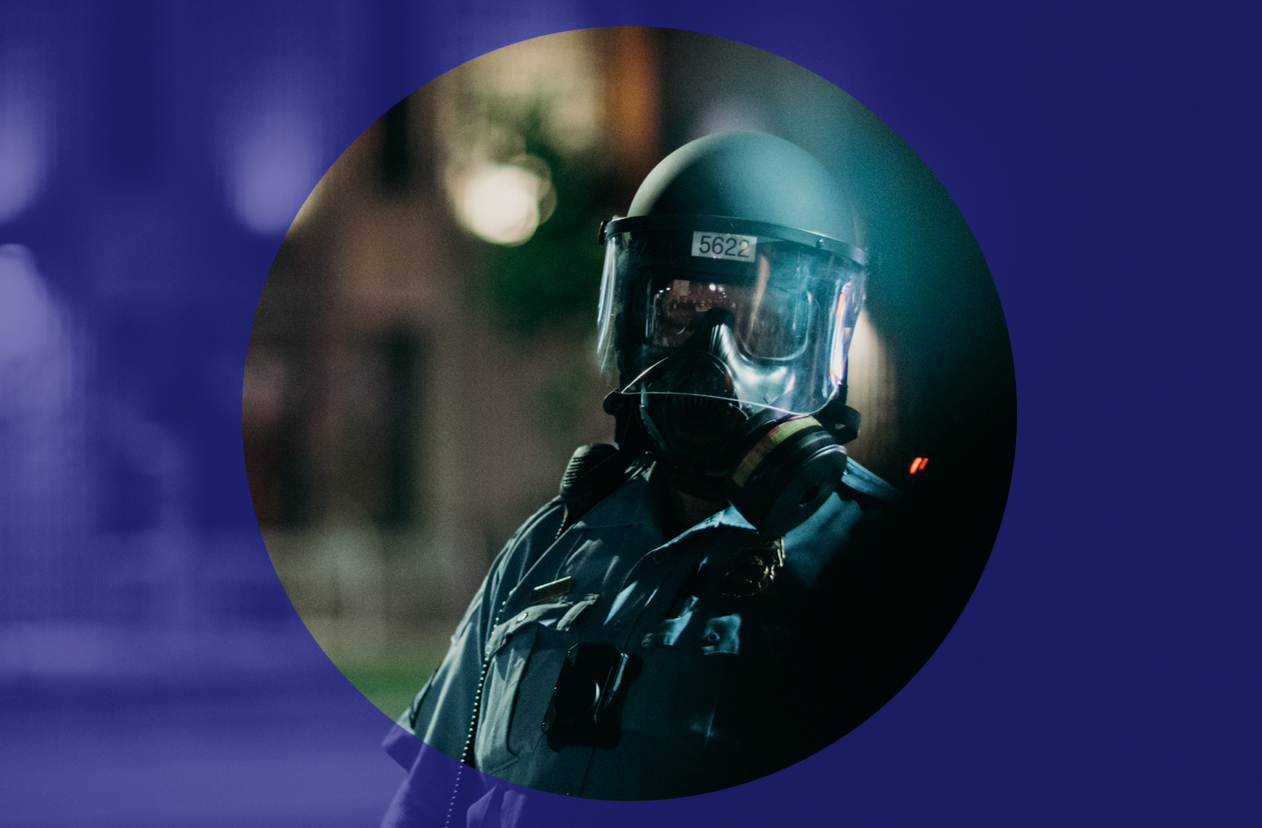 “The extent of US influence engenders the most profound questions of democratic sovereignty, war and peace, and economic and social life. These questions are posed afresh by the post-Cold War decline of US hegemony and its always questionable moral authority. Is there a viable alternative to being a province of the empire?”

THE UNENDING STREAM of images of police brutality from US cities ought to be a moment of reflection in the wider western world.

This is the country at the centre of the largest nexus of global power the world has ever seen. Ancient Rome and even the British Empire simply do not compare to the ham-fisted but still-extant imperial prowess of the US. In Europe – right up to the borders of Russia – we live within its extended sphere of influence.

So too would an independent Scotland, at least by the designs of leading thinkers in the SNP. In 2012, then-First Minister Alex Salmond drove support for an independent Scotland’s place in the perennially aggressive US-led military alliance Nato through the party conference (making the latter-day re-imagining of Salmond as some kind of Russian asset an oddity).

Under SNP defence spokesperson Stewart McDonald MP, a distinctively Atlanticist foreign policy has developed, adhoc and with little reference to the opinions of membership and voters. McDonald used his return to the Commons on 3 June, at the height of the repression unleashed upon the US protests, to call for sanctions against China over the repression of protesters in Hong Kong. By contrast, sanctions against the US are unlikely to make it to the menu.

This orientation also partially explains Nicola Sturgeon’s apparent fondness for a cast of high-imperial personalities; Henry Kissinger, Madeline Albright and Hillary Clinton have all been retweeted by the first minister.

It may seem strange now, but there was a time when the United States was seen as a liberal beacon from conservative old Europe. For much of its history, the Labour party has traditionally been closer to the US than the slightly more circumspect Conservatives.

The extent of US influence engenders the most profound questions of democratic sovereignty, war and peace, and economic and social life. These questions are posed afresh by the post-Cold War decline of US hegemony and its always questionable moral authority. Is there a viable alternative to being a province of the empire?

Today, a global competition between western powers and regional rivals is clearly developing, centred around the growing tension between China and the US. The world system now appears on the verge of mutating into a new ‘multi-polar’ race for global dominance, albeit by accident rather than design.

The Cold War, an intense political, economic, diplomatic and military stand-off between the US and Western Europe on the one hand, and the USSR and its allies on the other, dominating the second half of the 20th century, threw up one major, coherent form of resistance to this kind of polarisation – the Non-Aligned Movement (NAM).

The movement gradually emerged from the Indonesian Bandung Conference in 1955, and drew together many of the new independent states that had emerged from the final collapse of the European empires after the Second World War. Leading members would go on to include India, Egypt, Libya, Yugoslavia, Indonesia and Sri Lanka among others.

These states shared in common a desire for national development, often using methods of import substitution to develop domestic industry, protected from more powerful productive bases in the US and Europe. They also wanted distance from the global arms race and the systems of treaties which imposed such massive burdens on the economies and populations of smaller or less powerful nations.

The NAM countries found themselves in a difficult balance between the two larger competing blocs, which often sought to assert influence in the ‘Third World’. But the drive to national development laid the basis for the emergence of some NAM nations in the later 20th and early 21st centuries. Industrial development, along with some forms of welfarism and educational improvement, provided essential basis for further advance, particularly amongst the ‘Pink Tide’ of left-wing governments in South America.

What we call ‘neoliberalism’ in the west is more widely appreciated as the unwinding of the NAM system throughout large tracts of the world. The US pulled ahead and finally defeated the USSR, and regimes of colonial oppression finally gave way to new forms of post-colonial exploitation, defined by the Ghana’s first president Kwame Nkrumah as neocolonialism, where international corporations and governments would sponsor ruling client-elites in the global south.

This opening up to regimes of liberalised trade had devastating impacts on local populations. Inequality, war, dictatorship and pollution flourished. Part of the problem was that a strong enough popular base for national democracy and independent development had been squandered by post-colonial elites, who often shut their populations out of development and created authoritarian and corrupt regimes. When the corporate and state vanguards of globalisation arrived, they often met with limited resistance, with the elites more than ready to further enrich themselves.

Mass democracy is the only guarantee

There was another period of history when an international order based on the competition of power blocs has been upended – the period at the end of the First World War, when democratic, nationalist and socialist revolutions broke up many of the old empires and ruling dynasties of Europe, leading to a proliferation of new independent states and forms of rule.

Many of these projects were themselves crushed by the rich and powerful within years – fascism and Nazism were both part of the response to the new birth of freedom. Yet many democratic ideas and rights from that era (the right to national self-determination, votes for women, early welfare states and wider state intervention, and the rights of trade unions among them) survive. Mass democracy is the essential condition for social advancement.

Hoping this is forgotten, many today say neutrality is an impossible proposition. The world being what it is, might is right and submission to the biggest dogs in the global pack is our natural place.

The assertion of those who want out of the inter-imperialist rivalry is that the biggest challenger is not the US itself, nor China nor any other nation-state, but an international body of subaltern humanity, found everywhere from the metropolitan centres to the margins of the global system.

One of the premises of the anti-war movement of 2003, the largest international movement in history (perhaps excluding the Arab Spring, itself largely a product of anti-imperialism) was that rather than living in a unipolar world, we in fact witnessed two great super-powers; the United States, and world public opinion.

Now the world is sliding towards a new and dangerous era, public opinion has reasserted itself, and we again see international solidarity against police violence and systemic racism in the US. Can we also have a Scottish foreign policy that aligns with that second superpower?