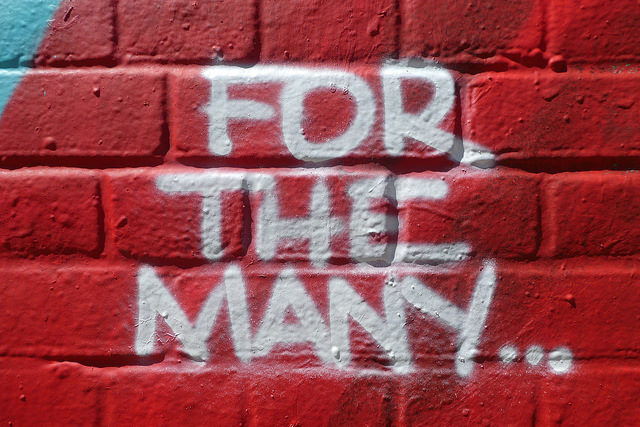 SINCE 2007 it is undeniable that Scottish Labour has lost its foothold in Scottish politics.

The country which gave us many of the greatest Labour giants fell out of love with the party. It stood looking over the edge, risking that it disappeared into irrelevance for a long time.

Even the strongest opponents of Scottish Labour cannot deny that since the dreadful result in 2016, tireless hours spent by Labour activists campaigning and working within their communities have paid off, helped even more by Jeremy Corbyn securing his position as the leader and creating an exciting agenda for the party.

Since then there has been early evidence of a revival for the party at the ballot box. Despite a predicted wipeout like the Scottish Parliament election, the party has received a good response at the ballot box and successfully remained in control of many councils as a minority or coalition administration after the local elections in May.

In the lead up to June 2017, the atmosphere in lots of constituencies changed. Voters were excited about Jeremy Corbyn and the plan he created to lead the country. Those candidates who spent their time talking up our manifesto and the good a Labour government could do, while tailoring their message to local issues witnessed a positive reception from voters.

In comparison, those campaigns that tried to out-union the Tories didn’t have the same success. Voters knew the election was not about another referendum and it seemed to make them more likely to vote against Labour.

Defying expectation by retaining one seat and gaining another six, where Scottish Labour didn’t win the majorities of sitting opposition MPs were slashed, making the next election an unpredictable one.

After the General Election and with Labour on a permanent election footing, Corbyn’s visit to Scotland and his tour of marginal seats attracted strong criticism from some.

The reason for him speaking to those who backed the SNP is simple. We know those who vote Conservative do so because they dislike the politics the Labour party stands for and the policy we would deliver in government.

Our anti-austerity ‘For the Many, Not the Few’ message doesn’t resonate with them. Our message resonates best with people who backed the SNP as a false alternative to the austerity-driven politics from Westminster.

Kezia Dugdale’s unexpected resignation shocked members and non-members alike. Many on the left of the party have seen serious criticism levelled at them. Briefings from “senior Labour sources” trying hard to shift blame began minutes after her resignation was announced, despite Dugdale’s resignation letter making it clear she didn’t feel forced to go.

As Dugdale said in a TV interview shortly after the news went public, now is the right time. She changed our party in some positive ways – no longer can anyone accuse us of being a branch office. Instead, we’re a party with a strong voice as part of a wider UK Labour movement.

In the 2016 Scottish Parliament election, the party stood on a manifesto to the left of the SNP under the direction of Dugdale and her team. However, her comments before Corbyn’s second leadership election created an unmanageable problem for Scottish Labour. How could our leader recommend Corbyn as the next prime minister when she backed an attempt to oust him as incompetent?

In many members’ opinion, her comments were a serious miscalculation which harmed the credibility of our campaign and attracted serious criticism from our opposition.

Dugdale’s resignation gives Scottish Labour the chance to move into the next stage of our recovery. To do this, any new leadership needs to recognise some very important things.

First, our party has to own a distinct identity at every level. With local groups connecting with their communities and reflecting their desires as part of a strong Scottish party which has deep connections to the wider UK Labour party and the trade union movement.

We should embrace the idea of localism and lead our politics in a way that can deliver for the voters we serve, knowing that a national campaign alone will not convince voters to back the party.

Secondly, realising that to win Scottish Labour needs to stand for radical politics and ideas. We have to be bold about the solutions we offer and take lead from the popular agenda that Corbyn has created. We have to be a party which favours progressive taxation, free education and an end to poverty and burden on the poor.

The independence referendum had a profound effect on the Scottish Labour party; the fair criticism it received forced it to undertake a necessary and radical transformation.

Our new leader has to ensure that the party continues on that path, listening to the voters who left us, winning back their trust and support and showing that it is Labour which is the home of radical, progressive politics.