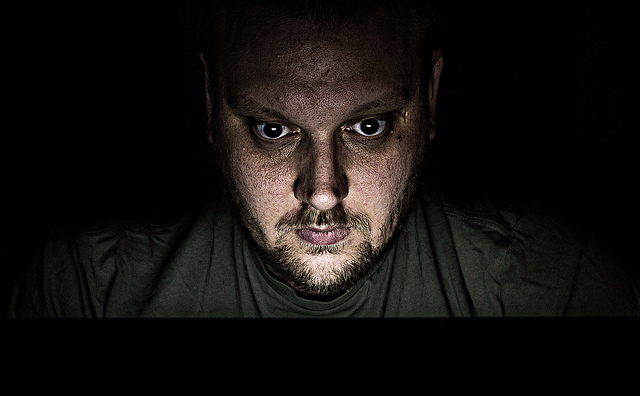 OVER the last few days, like many others, I’ve watched as hundreds of people I know shared “me too” statuses on social media and spoke about their experiences of sexual assault and male violence.

Like everyone else, I’ve been devastated to read of their experiences, but there is one positive: after years of using his power to harm women, the exposure of the crimes committed by Harvey Weinstein has given women all over the world a platform to speak out about their abuse.

It takes unimaginable bravery for the authors to share their experience publicly, often for the first time, and at best for the reader it is uncomfortable.

Each story is unique but the experiences ubiquitous. However, when you look beyond the status or tweet into the comment section or reply thread, you’re guaranteed to find at least one man reminding the author that it is “not all men” who commit these acts, or ignorance to the fact that overwhelmingly the perpetrators of sexual violence are men, even when another man is the victim.

And this seems to happen every single time women dare to speak out about male violence against women. In her piece for CommonSpace, Kirsty Strickland told men who ask, “why now?” to listen to that deafening noise which prevents women feeling able to speak out, instead waiting to use their voices collectively, hoping that for once they will be heard and that they have protection in numbers.

The men commenting on those statuses and replying to those tweets reminding women that it’s not all men or that men experience sexual violence, too, need to realise their own place in the chorus which drowns out women.

By co-opting the platform women have used over the last week, and however unintentionally, men are using their voices to drown people out, joining that deafening chorus which creates the world we live in where women can only whisper to each other about their experience of sexual violence, because it is easier to stay quiet than it is to defend themselves against campaigns of disbelief and victim blaming, easier than trying to scream above the noise that enforces silence.

This reaction tells women that whether they stay silent or speak up, they can never do the right thing.

Advocacy on behalf of a group with shared experiences must recognise the systems of power which are perverted in these terrible crimes.

And here’s the thing: overwhelmingly, men who have experience of sexual assault say they are horrified by the comments that are left; they don’t want their experience to be hijacked and misappropriated as another instrument in the noise which silences women.

Advocacy on behalf of a group with shared experiences must recognise the systems of power which are perverted in these terrible crimes. When advocacy comes at the expense of others, or pitches one group of victims against another, it is not advocacy.

As other commentators have recognised, the common theme in nearly all of these crimes is the abuse of power; whether it is Harvey Weinstein, a teacher, a community leader or just someone exploiting their physical strength, it is systems of power which allow these crimes to happen and to go unreported.

Men who wish to advocate on behalf of victims should first recognise their own power, and their ability to elevate, or silence, those who speak out about sexual violence. They should recognise the impact of their words, and learn to know when their attempted advocacy is not helpful but instead harmful.

I’m not sure there has never been such a surge of women speaking collectively about sexual assault, and if it is to have an impact or happen again men must take a step back and listen.

I’m not sure there has never been such a surge of women speaking collectively about sexual assault, and if it is to have an impact or happen again men must take a step back and listen.

I doubt that any good person reading these stories has failed to be outraged, to be hurt that their family, friends and co-workers have experienced this, while maddened by the systems which can be abused to commit these acts.

But words in response which seek to dismiss or minimise the epidemic of sexual violence, or ignore that men are almost always perpetrators of such violence are no comfort.

They are actively harmful.

If you have been affected by any of the issues raised in this article, you can contact Rape Crisis Scotland for help and guidance.