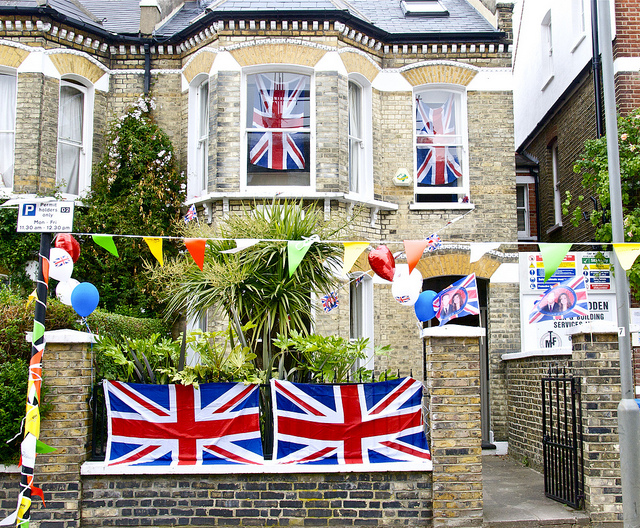 As royal wedding fever takes over, writer Alastair Stewart asks whether the best thing to do would be to keep the constitutional monarchy but make it open to election rather than by bloodline – a very British fudge.

I RECENTLY had a conversation with a friend about the Royal Family. Fatigued by the constant coverage of Prince Harry and Meghan Markle’s impending wedding, I grumbled: “Why don’t we just elect the position of monarch and keep the constitutional monarchy?”

And why not? Elect the Queen and banish millennia of privilege passed as a novelty to the dustbin. The absurdity of bloodlines and aristocracy would be over. What could be more British than keeping the best of our system and discarding the worst?

My friend was unconvinced. “You’re not thinking straight; the public would never buy it. Or worse, there’s a referendum, and we trade another constitutional certainty for years of doubt for the heck of it.”

He had a point: If an idea is considered good or bad based on its likelihood of happening then mine was ludicrous. “No one is forcing you to watch the coverage of the wedding”, he chastised, “it doesn’t affect you at all.”

My friend wasn’t entirely wrong, just a bit skewed in his criticism of my idea. The monarchy is usually above reproach because it is the least offensive of British institutions. While you can easily criticise the government, the BBC and the NHS because they have a tangible, visible and affecting influence on public life, the monarchy is the definition of banal nationalism – just sort of there, doing its thing.

READ MORE: #RoyalWedding: 5 ways the royal family are more powerful than any celebrity

In The English Constitution (1867), Walter Bagehot famously wrote that the benefit of the British monarchy was that it offered a ‘dignified’ system where the population could love their head of state but despise the ‘efficiency’ of their politicians. It chimes to a very human, but assuredly corruptible need – being loyal to the personification of the state, but disagreeing with the policies of the government.

Bagehot’s book was written at the zenith of Victorian-era prestige and the British Empire. The interregnum between Queens Victoria and Elizabeth II, however, saw the Royal Family embroiled in an abundant number of scandals that could never have been quietly dealt with in today’s media climate.

King Edward VII, Victoria’s son, kept a plentitude of mistresses and his son the Duke of Kent was addicted to morphine and cocaine. He was also reportedly blackmailed by male prostitutes. Even King George VI, the Queen’s father,  was involved with a married woman before ascending to the throne and was bribed out of it with a dukedom by his father King George V. This, of course, is to say nothing of King Edward VIII, Wallis Simpson and the scandal that nearly broke the whole show  in 1936.

The ‘dignified’ sovereign is something of a myth then, or certainly a rare exception. Sir Winston Churchill warned of such a fact as recently as the 1950s. He was vehemently opposed to having video cameras at the Queen’s coronation in 1953, believing that it would spoil the magic or, more likely, expose the whole show for the meeting of farce, religion and politics that it was.

Flashforward to 2018 and Prince Harry’s wedding is just the latest in a long series of ‘dignified’ distractions. British pomp and ceremony is the now just the country’s stress ball to tolerate whatever the government is doing. As Brexit looms, there is a parallel narrative at play as to what is the real British nationalism – the marrying of a royal, or the destruction of Britain’s relationship with Europe on a jingoist bonfire.

READ MORE – ‘Stop fetishizing privilege and fawning over those who enjoy it’: Harvie submits Holyrood amendment to royal baby motion

Privilege based on blue blood is assuredly unjustifiable no matter how wrapped up in ‘patriotism’ it is. The obsession with the Royal Family, particularly its younger members, conflates celebrity and duty and is feeding the public what the Romans called panem et circenses, or bread and circuses.

The phrase used by Juvenal, a Roman poet active in the late first and early second century AD, lamented the Roman populace for ignoring its political tradition in favour of free food and huge spectacles. Perhaps the reverse is true of Britain – it’s retaining the prestige of old, but without a civic core, to distract away from the unprecedented disasters of its political leaders.

The ‘firm’ has branched away from focusing on Queen Elizabeth II and treats her relations as a celebrity class in their own right. This ignores, as will likely be more apparent after the Queen’s death, the privileges that she has and why it couldn’t be more critical for some democratic investiture in them.

The Royal Family is relatively free of legal obligations like a passport or driving licence but is also immune from freedom of information requests and prosecution under the law. All of which is to ignore the elephant in the room that the sovereign has the power, according to a House of Lords report, to overrule ministerial advice at times of ‘grave constitutional crisis’. When the UK Government and the Official Opposition wear ‘Her Majesty’s as a prefixation and all Bills require the Queen’s ascent, this is rightly a pause for thought, particularly given contemporary upheavals.

READ MORE – Jim Cuthbert: How Brexit exposes the failings of Britain’s monarchy and makes the case for republicanism

There is an insidious side to the conflation of celebrity, entitlements and position. In 2015 Prince Charles was exposed as having written a series of letters to successive Labour and Conservative ministers on policy areas related to the Prince’s interests. The content of the ‘black spider letters’ – so named after Charles’ handwriting – were harmless discussions of farming, genetic modification, global warming, social deprivation, planning and architecture.

Exposing the original letters was no easy feat, however. In 2010, Guardian journalist Rob Evans made a Freedom of Information request to see Prince Charles’ letters to ministers between 2004 and 2005. Attorney General Dominic Grieve refused the application in October 2012, but after several legal bids, it was referred to the Supreme Court. In 2015, they ruled against the UK Government, and the Information Tribunal ordered the release of most of the correspondence.

The letters and memos, while a technical right given Charles’ position as a privy councillor, are at loggerheads with the position of neutrality that his mother has cultivated over the decades. The Guardian also reported in late 2008, after Prince Charles’ 60th birthday, that his aides had begun informally considering redefining the sovereign’s role to “allow King Charles III to speak out on matters of national and international importance in ways that at the moment would be unthinkable”.

It’s a damning indictment of what is possible by the circumstance of birth, and at the very least entertains the possibility that in the future the sovereign could very well influence government policy. One wonders, however, that even as a prince, if Charles had been so inclined could he have decidedly affected government policy on more critical areas like defence and the economy as early as 2004/05? Would the public have even known if not for nearly a decade of court action?

READ MORE: 5 royal embarrassments you might not hear about from the media

Privilege as the bedrock for doing so is hardly new in the British system. The House of Lords still compromises 92 hereditary members and 26 bishops of the Church of England even after the numbers were cut down to a mere 780 with the House of Lords Act (1999).

As so often happens, it has also morphed into the personal promotions department for whoever did a favour for the government of the day. Merit and meritocracy haven’t so much as elbowed there way into the British aristocracy as pushed aside one corrupt system in favour of another profoundly flawed one. At the head of it all is the monarch, benignly ruling by blood, but with no legitimate, democratic, recourse available to the public if they don’t like what the King or Queen does or says.

In the modern age, to defend the UK’s monarchy and aristocracy as global ‘prestige’ and ‘soft power’ is obscene. A system exclusively predicated on mute heads of state and the frivolities of their kin is to undersell our value as a nation in the world and ignores our democratic history.

So it’s not such an absurd an idea to propose the monarch be elected – certainly no more ridiculous than defending the current arrangement. As Edmund Burke famously remarked: “To make us love our country, our country ought to be lovely.” Presently, it is not. At the very least, electing the monarch would be a halfway house between nostalgic indulgence and outright republicanism. It seems a very British fudge, of a very British fudge, but royal weddings do bring out that fervour in people.