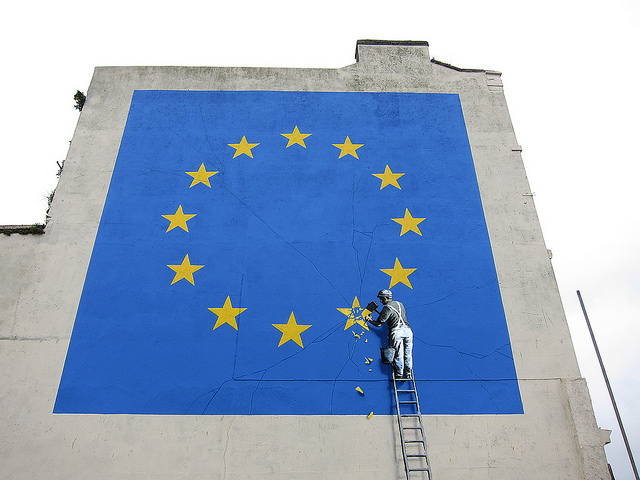 Alastair Stewart is a freelance writer, journalist, and teacher based in Edinburgh and Almería. He gives a personal take on the impact Brexit is having on his life and why it makes him angry*

BREXIT makes me angry. It makes me very angry. This, as they say, might just be the proverbial understatement. There are no gritted teeth, just a visceral sense of powerlessness.

I live and work in Spain and have done for the last four years. Every year, I spend three months in the UK, and the summer teaching. My family and friends are in Edinburgh and my holidays are spent there. I am and have always considered myself an economic migrant providing a service in Spain for which I am remunerated and duly taxed on.

When I left for Spain in 2014, I did so on one condition – minimal fuss. The opportunity to teach English abroad had arisen unexpectedly. I had limited Spanish proficiency and next to no knowledge of the country. It was a professional and personal gamble, and continuity of employment and negligible bureaucracy were of underlying importance.

In complete honesty, I wouldn’t have taken the punt at all if I had to worry about visas and the right to work. I was 26, had never taught before, and it would have been too much of a risk and expense. If the job wanted me, terrific – if it didn’t, I’d go home. The lack of bureaucratic ‘fluff’ made the situation infinitely easier and the rewards all the more satisfying when the whole thing worked out.

After four years, Brexit has altered this. Whatever the outcome of the negotiations it’s implausible that the paper load will remain light for much longer. Worse still, the Office for National Statistics has vanquished the myth that my case is peculiar or unique.

New data has revealed that two-thirds of the 784,900 British citizens recorded as long-term residents in the EU (excluding Ireland) are between 15 and 64 years old. For the first time, it’s been proven unequivocally that the ‘expat in the sun’ cliche is more of a myth than a stereotype.

Most ‘expats’ are in the prime of their working lives and have committed to a life abroad predicated on circumstances that are about to change. The same is true for the 3.7 million EU citizens living and working in the United Kingdom. They, too, are also living in the shadow of profound doubt and speculation as to what their lives will look like after March 29th, 2019.

There is an added dimension for both groups. Life, as they say, happens. I now have a Macedonian fiancée who also has an EU passport which has given her the right to come and join me in Spain with the same ease with which I first moved. Compare this to her family as a warning of things to come. When both my fiancée’s parents, who have Macedonian citizenship, wanted to come and visit us in Britain over the holiday period, they had to apply for visas. The processing time is 15 days, but three weeks before travel is advised by the Home Office. The fee is €114 per application and requires a bank statement, proof of employment or business registration and an invitation letter or hotel reservation (all need to be notarised and officially translated).

The total cost is around €150 per person, and the visitor visa is only valid for six months. In total their flights cost less, compared to my fiancée’s brother who hopped on a plane from the Netherlands and visited for a long weekend because he felt like it. The cost to him was only the flight.

Before she obtained an EU passport, my future wife’s life in Edinburgh – where we first met – was very different. As a non-EU citizen, not only did she need to be sponsored for work, but for six years she lived in fear of what the next incumbent of the Home Office might mean for her life and professional prospects. This, of course, is to say nothing of the astronomical costs of her education at Edinburgh University compared to students from EU countries.

Fast forward to our life in Spain, and history is repeating in reverse. We want to get married and will, eventually, want to settle in the United Kingdom. Here’s the irony – while she is perfectly safe in Spain, I’m now worried about what will happen after Brexit. Conversely, while I know I can waltz back into the UK when I please, she has to worry about whether or not if she will be able to at all, irrespective of our marriage.

Pick your cliche. Carpet pulled from under your feet or wind knocked out of your sail? The UK Government is moving the goalposts long after the match has been played. This applies as much to the millions of European citizens in Britain as it does Britons in the EU. It feels very much as if I bought a car only to be told sometime later my licence is going to cost three times as much, or might not even be reissued at all.

Now – this is where the slightly irked, mostly p*ssed perspective comes into play. My fiancé could have been from any one of the 27 other countries in the EU, and the situation would be the same. This doubt, this fear, is happening to hundreds of thousands of families. Those British and EU citizens who migrated exercised their democratic freedom of movement at a time when the prospect of an EU referendum, never mind Brexit, was not even a talking point.

Most, if not all, of those people, have moved abroad with designs on the future.  Whether they were workers, young families or retirees, they based their actions on a status quo that showed so sign of changing. From buying property to sending the kids to school or enjoying their retirement, they did nothing wrong. There was no foul play or illegality.

These are the real lives behind the statistics, and they have genuine fears about Brexit.

Whatever rhetoric the UK Government spouts about ‘getting the best deal for Britain’ it cannot guarantee a better arrangement for British nationals than what we have now. As the instigating party of Brexit, the EU bloc will reciprocate with whatever treatment the UK Government applies to European citizens in Britain. The UK Government’s attitude at the moment to foreign nationals from outside the EU is not a kindly forbearance of what Europeans nationals might expect after Britain leaves.

What makes Brexit so morally repugnant is the sheer absence of democratic accountability. The entire process would be more palpable if there were a precise series of what we might call ‘democratic checkpoints’. Prime Minister Theresa May had to be publically shamed into allowing Parliament a debate on the invocation of Article 50. She has refused a second referendum to validate the first, nor is she prepared to have any public vote on the final deal with the EU.

The Conservatives are not the only ones. Labour’s policy position on Brexit is ambiguous given the very public dissent within their party on the issue. While the Liberal Democrats and Green Party have called for a second referendum, the Scottish National Party, with some irony, has declared their support. There is no major political party capable, or willing, to challenge Brexit and the lack of agreement between the smaller parties makes a ‘People’s Vote’ highly unlikely.

If there is an epicentre of rage, it should be directed at the lack of clear-cut thinking across the political spectrum about what political parties want from a final deal. ‘The best deal for Britain’ is a tautology – the best situation is to remain in the largest customs union in the world. Neither the Conservative or Labour parties included detailed policy positions in their 2017 general election manifestos and neither party has provided detailed analysis on the projected economic and social consequences of Brexit.

The implications of withdrawing from the EU can only be known piecemeal and in its entirety after the 2019 departure date. Brexit could be catastrophic or nothing could change, but the public deserves to be consulted. That the electorate’s two main political parties have only reactive policy strategies to a potential calamity is appalling. That the public has no recourse as well to express a timely opinion on the matter is not only profoundly undemocratic but is the single most shocking abrogation of British democracy seen in the last century.

If that doesn’t make you angry, it should. If the UK Government can ignore and disregard its own electorate on such a profound and generational issue then no one is safe in the future.

You can support Alistair’s petition for the introduction of MPs to represent British citizens abroad here.