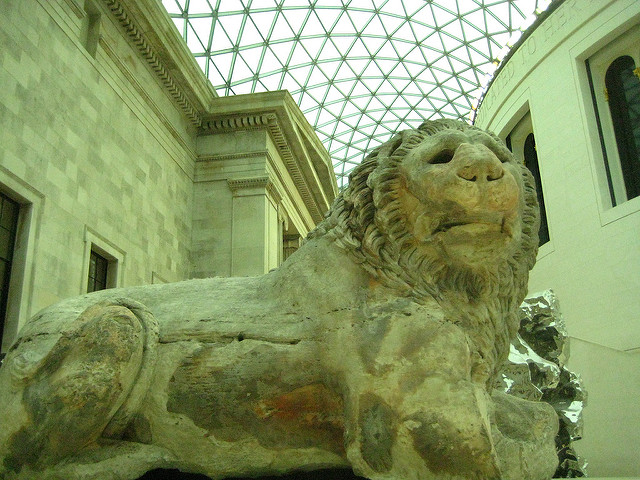 IRREDENTISM is any movement intended to reclaim and reoccupy territory considered lost or unredeemed. The concept of a reclaiming land by historical, legal or ethnic association is familiar, even if the name is not. It does, however, happen to be a fundamental idea in understanding the current Brexit argument.

Conceptions of language, faith, nationality and territory have boiled over into clashes all over the world. A Gordian knot of historical claims has spawned violence in the Balkans for generations. Spain’s long-simmering geographical claim to Gibraltar is a colder example, but one of keen contention too. The conflict in Northern Ireland is perhaps the irredentist issue most British people know, but there are dozens more, old and new.

The emotional obsession behind Brexit is predicated on the same mindset, even if there is no land occupation of declarations of war. Half of nationalism is imagined anyway; it’s the investiture of meaning into symbols. Brussels mandarins might not be watering their horses at Westminster, but for some, the loss of British sovereignty to EU is just as thought-provoking.

‘Leavers’ passionately argue that Britain has lost control over its borders and its policy-making muscles. It has, by the same extension, lost democratic rights to Brussels once enshrined at Westminster. ‘We demand our sovereignty back’ and ‘Berlin finally conquered us’ were all chants spat out during the referendum and thrown up in jubilation now.

It’s a mistake labelling such remarks as British patriotism. Attempts to fan the flames British pride during the debate were never as successful as the argument that Europe stole something. The Spitfires, the invocation of Churchillian rhetoric and the reminder that ‘we saved Europe’ was never enough.  Irredentism is rooted in a feeling of loss and fighting to retake it, not being excessively proud of what you have now.

Nationalism, with some irony, would explain why Britain entered into the EEC in the first place. Britain voluntarily ascended to the European Economic Community in 1973 under Conservative Prime Minister Ted Heath, and later held a referendum in 1975 under Labour premier Harold Wilson and decided to stay.

The opportunities of the common market, free movement and legal protections have opened more horizons to British people than not. Nevertheless, the cost of such an arrangement after 40 years is a primarily misunderstood organisational structure. The creation of the European Union with the Maastricht Treaty also created a centre bullseye – for left and right – and the belief that the EU has expanded too far without democratic accountability.

The question, then, is why it has become such a tour de force of hatred in the United Kingdom and not other European countries?

From Edinburgh to London there is a litany of testaments, tributes and thrills to Britain’s ‘illustrious’ past: empire,  derring-do explorers and unrivalled regality across the globe. From Palmerston Place to Trafalgar Square, statues and place names from days of old are a permanent form of banal nationalism.

Since the 1960s, the UK has retained all the trappings of imperial power but none of its earth-moving influence. The decline and transformation of the British Empire into a mostly meaningless Commonwealth and the lightspeed winds of decolonisation never shook home Britain out of its imperial hubris.

Contrary to general belief, the transfer of Hong Kong from British to Chinese control in 1997 was not the last sigh of empire, but rather the Falklands War. Even if the conflict was justified, the caricature of Britain defending one remnant island became firmly planted in the mind of the world. As the former U.S Secretary of State, Dean Acheson, famously declared that “Great Britain has lost an Empire and has not yet found a role.”

Domestic developments, in this context, explain much of the EU referendum decades later. From the 1960s, the rise of Scottish nationalism was concurrent with the decline of an empire in which Scotland had more than taken part. Refocusing on a vast empire to domestic affairs was a new political expression, and, after 1997, succeeded with restoring a parliament and a new voice.

Flash forward to 2016 and the fruits of these seeds are evident. It is no surprise that Scotland voted to Remain because in recent decades it has won more than it is has lost. The country enjoys the benefits of three worlds – it’s parliament, access to the UK and the EU. These three very different forms of identity have manifested in repeated nationalist wins in the Scottish Parliament, a vote against independence from the United Kingdom and a majority to remain in the European Union.

England, and Wales, however, voted to leave the EU. In parallel to Scotland, since the 1960s English national identity has been late to adapt and has no outlet for its own unique political and social status. The increase in rights and entitlements of the home nations, in tandem with the decline of empire and the expansion of European Union control, has never been reflected in English institutions.

The ‘West Lothian question’, where Scottish, Welsh and Northern Irish MPs can vote on English policy areas but not the reverse, has not been adequately resolved by recent House of Commons reforms. The House of Lords is not elected and save for the EU referendum there has been no real effort made to upset the status quo in the assertion of English identity. British irredentism is, in fact, the trade name for latent English nationalism.

The Welsh dimension somewhat demonstrates this, too. While the country voted to leave, its experience with devolution has been fundamentally different to Scotland. The Welsh Assembly had no powers to initiate primary legislation until 2006 and further enhanced in 2011 – the first time it could legislate without having to consult the UK Parliament or the Secretary of State for Wales.

Given a much closer relationship with England, and less time to form an alternative legislative agenda, the electorate perhaps saw the ties with the EU as a complication, compared to Scotland that sees it as a third relationship.

If you’re trying to understand the levels of anger, irredentism is the best way to see and feel how the Brexit camp views the EU. Their argument is about much more than a desire for Britain to succeed; it’s the wrong answer to a delayed question.

Historical, legal, racial or even imagined problems often form the basis of irredentist claims. They are easy to spot, harder to solve and near impossible to satisfy. Whatever one’s personal opinion and even if the facts are entirely contrary, emotion is the universal feature and can shape an argument any which way you like. This is the danger, not just in the EU referendum, but to the entirety of the United Kingdom.