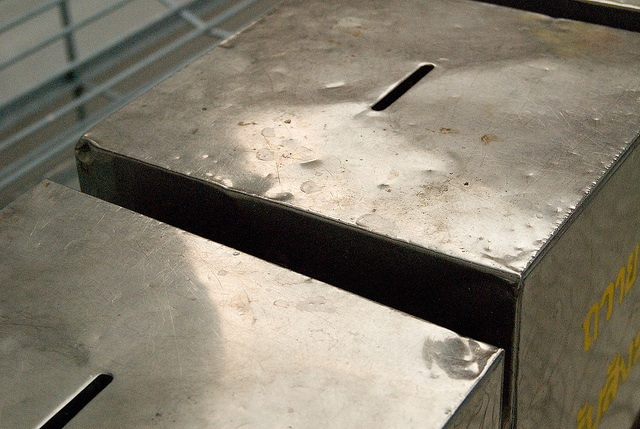 Alastair Stewart, a Scottish writer and journalist, argues that referendas are a fad that are undermining democratic accountability in the UK, and that First Minister Nicola Sturgeon is right to show restraint in offering another one in Scotland

THE debate over Brexit isn’t about Brexit anymore. It’s about democratic accountability and the limits of referenda in modern politics.

They are, bluntly, a fad. There is no stipulation or law that mandates their results be taken as gospel nor a limit as to how many ones you can have. According to the House of Lords Constitution Committee, referendums “cannot be legally binding in the UK, and are therefore advisory.”

Why then, are they taken as sacrosanct? Brexit is the result of a flawed and convenient philosophy. Theresa May refuses – as does Jeremy Corbyn – to hold any future referenda on Britain’s relationship with the EU. If Brexit is accepted in principle, then it surely follows that another referendum should be held on the practical details of any treaty arranged with the EU?

Since 1973 there have been national referendums held in 1975, 2011 and most recently in 2016. The Conservative Party under Edward Heath took the UK into the European Communities in 1973. In 1975, two and a half years after entering, it was Labour Prime Minister Harold Wilson who held a referendum in 1975 on continuing membership.

In the present day, it is morally and politically heinous for the Conservative and Labour leadership to refuse to support calls for a vote on the terms of the Brexit deal. If a referendum was held after entering in European Communities in 1975, why then can a vote not be held two years after leaving the EU in 2022?

This is unlikely, not least because Mrs May is the same prime minister who had to be publicly shamed into letting Parliament have a say on Article 50 at all. She also is the same leader who made a £1 billion deal with the DUP to stay in power after the calamitous 2017 general election and shockingly refused to have a vote on the Syrian bombing campaign in April. It is fiercely improbable that she will loosen her grip on executive privilege.

The uncodified nature of the British constitution has never been so brazenly indulged for such political purposes. Mrs May has taken one look at the failures of her immediate predecessor and done the opposite. David Cameron gambled and lost the first Syrian vote in 2013 and failed when honouring his own manifesto pledge to allow an EU referendum in 2016.

Parliamentary authority and the supremacy of the House of Commons simply do not apply to the current First Lord of the Treasury, and it is perhaps long overdue Theresa May is called out on it.

Worse still, the official Labour Opposition stands for nothing. It represents nothing. All it seems to do is indulge the whims of its leader and has yet to form a coherent policy strategy with regards to the European Union and Brexit. Jeremy Corbyn has been anti-EU for all of his political life, but cannot rise to the responsibilities of his position and duly place democratic accountability and government scrutiny first. That job has been left to his own backbenchers, some of whom are working tirelessly across party-lines to bring about a ‘People’s Vote’ on any final EU deal.

There remains one elephant in the room. If the Conservatives are refusing to hold a final referendum on any EU deal, is it not hypocritical of the SNP Government to not throw their hat into the ring and demand one?

There’s a curious irony in this neglect but one that can be easily explained. The SNP have consistently downplayed the prospect of a second Scottish independence referendum. It has nevertheless been quietly flirted with by the party and outright touted by supporters.

The SNP political machine has, for the most part, shown phenomenal restraint. As Brexit looms, the constant train of constitutional upheaval is never ending. It’s a deft hand not to bang the Scottish or EU referendum drum, because voters are by and large fatigued.

Whatever First Minister Nicola Sturgeon does, Scotland loses in the short-term. Even the notion of a ‘second indyref’ is met with a collective sigh and decried as a go-to red button. ‘Once in a generation’ came too quickly, but the boy who cried wolf only has to be right once.

Picture courtesy of Surreal Name Given