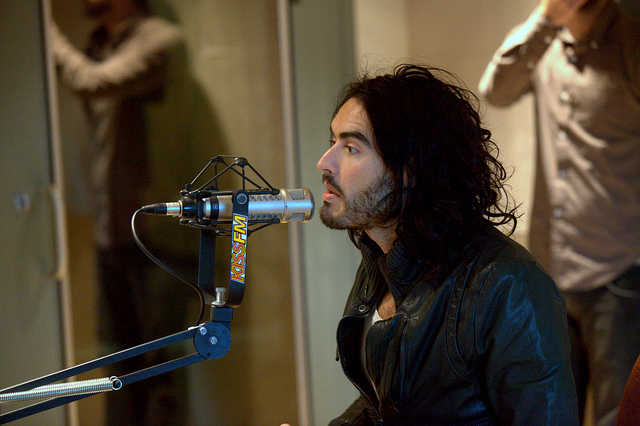 SEVERAL years ago there was a Question Time moment that has stuck in my head ever since. Russell Brand was going through a phase of being seriously considered as a new maverick politico with a legitimate argument to make. He even released a book, Revolution (it really was just a stream of conscious though strung together with non-sequiturs and the odd chapter).

Brand who may or may not have a had a legitimate point, was a fad. How did it end? While presenting himself as the British Che Guevara, he went on Question Time to discuss the issues of the day. An audience member asked that if he felt that strongly about politics, why didn’t he run for office?

The response was a pitch-perfect confession to a hobbyhorse: “I would stand for parliament, but I would be afraid I would become one of them”. In other words, hypocritical nonsense from someone who proudly said that not did he not vote, but you should vote for Labour all the same (he later admitted he ruined the election for Ed Miliband).

Brand was not the first, nor the last, to play down the system without the commitment to change it through the democratic process. The Daily Mail once imagined the first 1000 days of Jeremy Corbyn’s Britain with Owen Jones as his chief of staff. Jones makes no secret of his support for Corbyn, and while he is notably left-wing, he at least has a substantive body of books and articles to his name that moved him beyond a faddish broken record like Brand.

Across the board of political commentators in the UK, there are some who really put the ‘political’ into their title. They possess an above average bias that makes any commentrary they provide sound like a lecture than a mere assessment and horribly obscures respectable assessment and de facto campaigning.

This new breed is remarkably American in their line blurring. They don’t merely report events or offer insight but actively endorse candidates and parties. They exist at the nexus of author/commentator/writer/pundit/celebrity and surreptitiously advance an argument under the guise of respected writer.

For all the different digital platforms that the public can get information and opinion from, newspapers are still considered the benchmark authority. If it’s printed, it’s either valuable or accurate and approved by someone. It’s the rise of the politicised pundit – if they have a regular column in a newspaper or a strong media presence they’re going much further beyond mere commentary, they’re essentially on the campaign stump.

For all the Owen Jones’ or Brands on the left, there’s Katie Hopkins and Dominic Lawson on the right (if less pronounced about whom they support personally). It’s a game of degrees. There was even a Facebook page years ago calling for Jeremy Clarkson’s rise to Number 10.

So the question remains – should these people run for office themselves? To be clear, commentary and opinions should not be expressed with the caveat ‘well, why don’t you run for something?’. It would be unrealistic, undemocratic and impractical. Nevertheless, there are a new handful who have become so political themselves that they’ve moved into hypocrisy for decrying UK politics and its institutions and the government of the day while doing nothing to try and fix the problem.

A case in point is when Douglas Carswell invited Owen Jones to walk round the corner and give extra cash to the Treasury if he believed people should voluntarily pay more tax. He declined.

It’s a problem that is going to get worse in British politics, and it’s something we should spot and call the worst offenders out on.