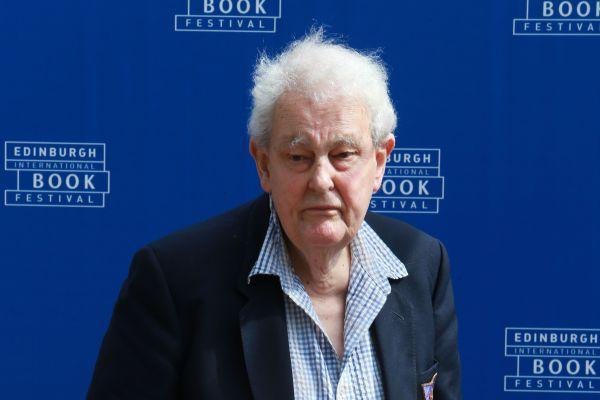 WHEN Tam Dalyell died on 26 January 2017 it was a moment for Scotland to reflect on its future as much as its past. To his friends and family this sadness will be unspeakable, but so too is the loss to Scottish public life.

Dalyell shared an unlikely connection to Richard Nixon in that both men added to the lexicon of political language. With Nixon, ‘gate’ is the suffix applied to any political scandal. For Dalyell, ‘the West Lothian question’ became an aphorism for a complexity on par with the Schleswig-Holstein question.

In actuality, the phrase to which Dalyell is most familiar didn’t belong to him. The term was coined in 1977 by Enoch Powell in response to Dalyell’s repeated, and entirely prescient, warnings of a situation whereby Scottish MPs could vote on English issues in Westminster, but not the reverse after devolution.

His fearsome reputation for outspokenness across a range of policy areas makes him worthy of joining the pantheon of ‘rogues’ that Westminster breeds across the floor.

Dalyell holds the distinction of becoming a household name despite never holding high office, entirely due to his vociferous and independent stances on everything from devolution, the Lockerbie plane bombing and, latterly, the Iraq War. His fearsome reputation for outspokenness across a range of policy areas makes him worthy of joining the pantheon of ‘rogues’ that Westminster breeds across the floor.

And this should be mourned.

Dalyell’s death represented the last meaningful link to a generation of politicians that not only operated and thrived before devolution, but that spoke their mind for more than a moment.

If Dalyell lost the argument about devolution, he certainly couldn’t have predicted how tepid the place has become. The Scottish Parliament and Scottish politics as a whole is a dull affair.

For all the celebrated intransigence and perennial arguments over whether Scotland should be an independent state, there’s a remarkably dull line of policy and political cohorts that merely vocalise political party spiel.

Dalyell’s death represented the last meaningful link to a generation of politicians that not only operated and thrived before devolution, but that spoke their mind for more than a moment.

There are few ‘big beasts’ left in Scottish politics and fewer still who have defined a reputation for themselves without serving in Westminster. It is a staggering reality of devolution just how sterile the Scottish Parliament is in producing dissent, interest and independence in the way that Westminster does.

That might well be said because its 129 members are so few compared to the 650 at Westminster, or 800 in the House of Lords, but, barring a special few over the last 20 years, there’s more of the party line than radical thinking.

While Dalyell was anti-devolutionist, he was, as his last two books confirm, a politician of rare conviction who was happy enough to postpone ego and career in favour of conscience and honourable objection.

The aptly titled, and gloriously self-aware, The Importance of Being Awkward (2012), is a tour de force through Dalyell’s life and a beautiful indictment that the political wilderness is anything but bland.

His commentary on Scottish devolution, the prospect of independence and the spouting heads of nationalism remain acute and important. On the 1979 devolution referendum on creating a Scottish Assembly, Dalyell reflected: “Had there been an outright ‘no’, the issue of a Scottish Assembly might have been put to bed for a generation. But, as things turned out, pro-Assembly activists could resort to the emotive and ever-appealing mantra: We was robbed.'”

There are few ‘big beasts’ left in Scottish politics and fewer still who have defined a reputation for themselves without serving in Westminster.

As then as now, ‘once in a generation’ was an assessment that didn’t last long. He expounds that the reason that nationalism and calls for a parliament didn’t cease were due to: “… just two words: Margaret Thatcher. Had there been a ‘normal’ Tory prime minister in the decade of the 1980s I doubt if the pro-Scottish Assembly bandwagon would have got back on the road.

“Given the passions that were unleashed by Thatcherite policies and given the anti-Scots attitude of some of her favourite ministers … it was hardly surprising that the pro-Assembly cause began to thrive again.”

The most striking things about Dalyell’s memoir are the astuteness of his observation, the spectacular ringside view he’s had (when not in the ring himself), but also just how many opponents, from Jim Sillars to Ken Clarke and John Smith, he called friends.

As he said: “If it has appeared that I have often been unduly kind about those who were political opponents, it is, I suppose, partly because, as Denis Healey memorably put it in a reference to Margaret Thatcher, ‘when we politicians are lucky enough to reach 80 years of age, and older, we are all friends now!'”

In this Dalyell, probably unintentionally, joined the ranks of Powell, Skinner, Benn, Clarke and even Heseltine, who have publicly disagreed with their party but placed the highest emphasis on discourse and courtesy in the House of Commons.

What’s striking is just how many opponents, from Jim Sillars to Ken Clarke and John Smith, he called friends.

This is not nostalgia or embellished romanticism. Contrast Dalyell’s sentiment in the aftermath of the Brexit referendum. Nicola Sturgeon, Alex Salmond and Ruth Davidson are perhaps the biggest names in Scottish politics, but they seem entirely unable to create a consensus.

More than that – how many Remain or Leave representatives have truly taken it upon themselves to rise above the noise, to be principled, firm and fair? Parochialism is the new norm, and it’s come at a high price.

The Labour MP served in the House of Commons for 43 years. He was also Father of the House, its oldest serving member, from 2001 to his retirement in 2005 (a distinction he shared with Ted Heath). He held no senior political or public position save for being a backbench MP with principles.

In February 2003, Dalyell was ordered to leave the chamber after asking questions about the government’s ‘dossier’ on weapons in Iraq. In March 2003, regarding the 2003 invasion of Iraq, he went so far as to say: “… since Mr Blair is going ahead with his support for a US attack without unambiguous UN authorisation, he should be branded as a war criminal and sent to The Hague.”

What’s curious about Dalyell is how he will forever be remembered as an usher to history. Scottish devolution is such a fact of life that history has not been kind to those who voted and argued against it.

The Labour MP served in the House of Commons for 43 years. He was also Father of the House, its oldest serving member, from 2001 to his retirement in 2005.

Their contribution, goes the zeitgeist, was to provide the fodder from which to create the mythological enemy ‘Britishness’ to Scotland, to fail to quell the rise of Scottish nationalism.

What is often forgotten is that principle, as much as a pragmatic objection to devolution, were once intertwined with little of the contemporary accusation that such arguments were a betrayal of Scotland. Dalyell’s last work, The Question of Scotland: Devolution and After, is a testament to a life lived under the yoke of shifting opinion.

It’s telling that the mainstream titles available on Scottish devolution, nationalism and independence all speak with a bias of opinion disguising themselves as an authoritative account (Alex Salmond’s memoir, The Dream Shall Never Die, springs to mind).

Usually, they are composed of a series of lazy vignettes or a popular retelling, and even Sir Tom Devine’s latest work, Independence or Union: Scotland’s Past and Scotland’s Present, is blemished by the history academic’s support for independence.

Dalyell’s final title is fascinating in that not only was he was an eyewitness to events, but a participant over the last five decades. It’s a genuine breath of fresh air because he writes with a decency to candidly admit the highs and lows of his contribution, successes and failures and all.

Dalyell’s final title is fascinating in that not only was he was an eyewitness to events, but a participant over the last five decades.

Every sentence brims with a sense of history that contains the wisdom of a participant who isn’t trying to rewrite his role to suit the turnout.

This is not fawning adulation. As one YouTube commentator eloquently put it, Dalyell was a “stubborn arse”. Pause for a moment and consider if intransigence is a fault or a virtue. The ‘U-turn’ has enjoyed such Machiavellian window-dressing it can be excused in any circumstance.

He was for A, but he went for B because his ‘opinion evolved’ or she ‘read more of the evidence’. Dalyell was, simply, at best, predictable because he had principles and an unwavering commitment to them, rather than to politics.

Of the 10 books he wrote throughout his life, it was the final two which were to cement his status as both an elder statesmen and one of the few remaining eyewitnesses to how we got where we are now.

There are plenty of people who lived it and saw it. There are few who have reached such a stage in their life that they are prepared to forgo their own record or their own ambitions to stay true to who they were and stand by their convictions.

Once, and perhaps as with Tony Benn, who died in 2014, to be a parliamentarian was as much a status of coveted envy as a holder of the great offices of state. Those days are gone.

Once, and perhaps as with Tony Benn, who died in 2014, to be a parliamentarian was as much a status of coveted envy as a holder of the great offices of state. Those days are gone.

The concept of Scottish MPs arguing for the denial of their nation’s parliament seems anathema to the times and, bluntly, something of pastiche take on the Conservative thrashing of Scotland.

While Dalyell was the seminal critic of Scottish devolution, which he described as a “motorway to independence with no exits”, his tenaciously independent spirit transcended the era of political parochialism.

Why does it matter?

Referenda are the new fad. That people turn out in their droves for referenda is a telling indication that our politics have become so poisoned with grey men in marching lines that a simple yes/no question is a reminder that free-thinking, debate and rhetorical escalation have been felled.

While Dalyell was the seminal critic of Scottish devolution, his tenaciously independent spirit transcended the era of political parochialism.

For this, we should all mourn Tam Dalyell.

Indeed, re-reading A Question of Scotland, the final book, after the Scottish Parliament vote to hold a second independence referendum makes one realise how much Dalyell is missed.

The postscript is a summarily stunning epitaph to himself, but also a call to arms about what is required of public representatives to move past politics and into conscience: “MPs should have the balls to say and vote for what they deem right for their country, for such an important issue, for young people and generations to come in particular.”

That it’s his last work is a fitting tribute to a life well lived.