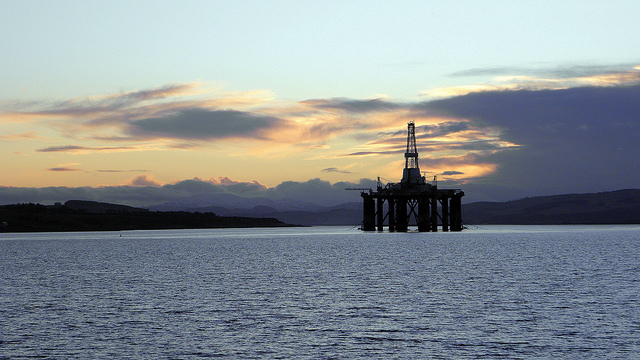 FORMER FIRST MINISTER ALEX SALMOND has called for North Sea oil and gas to benefit “the workers, the communities and the people” over the next several decades.

According to oil and gas industry website Energy Voice, the ex-leader of the SNP argued during the Renewables After Brexit conference in Dundee last week: “I think there’s a great future for oil and gas but we have to get control of the resource.

“Let’s see if we can get the workers, the communities and the people the benefits. Why can they not have a turn?” Alex Salmond

Salmond continued: “In a more difficult climate, more challenging in many ways, let’s see if we can make the next 30, 40 years a success for the people and not just for the big oil companies. By and large international oil companies will be all right, they’ll make do, whatever the weather, whatever the oil price.

“Let’s see if we can get the workers, the communities and the people the benefits. Why can they not have a turn? After 50 years of oil and gas, can the next 30, 40 years … can it not be the people’s turn?”

Criticising the North Sea policies of successive UK Governments, each of which has refused to follow the example of many other nations with oil resources and invest in a sovereign wealth fund, Salmond said: “The mistake that was made with oil and gas was not really a Scottish mistake, but the mistake that was made was that we didn’t take control of it like the Norwegians.

“Out of that came the biggest mistake which was not to form an oil and gas fund – which the Norwegians did in 1992, but didn’t pay anything in until 1997.

“The mistake that was made was that we didn’t take control of it like the Norwegians.” Alex Salmond

“They now have a trillion dollar fund which has income about 100 times greater than UK oil revenues. That is what could and should have been done.

“Basically the same level of revenue has come out of the two different sectors in terms of oil revenue but the Norwegian tax has been much better.

“The key difference in policy is that they established an oil and gas fund, from which Scotland could have taken control of its hydrocarbons and made sure that the benefit accrued to the nation not just to the UK exchequer and individual oil companies.”

However, Salmond’s comments met with criticism from those who have advocated a transition away from fossil fuels for Scotland.

“It’s baffling that Mr Salmond chose to talk up 40 more years of oil and gas at a renewables conference.” Green MSP Mark Ruskell

Responding to Salmond’s remarks, Mark Ruskell MSP, Climate and Energy spokesperson for the Scottish Greens, told CommonSpace: “It’s baffling that Mr Salmond chose to talk up 40 more years of oil and gas at a renewables conference, when everyone from the UN to the Governor of the Bank of England has recognised the need to start leaving these unburnable fossil fuels in the ground.

“Scotland can create more and better jobs by harnessing our clean energy potential. Views such as those put forward by the former first minister are out of date; momentum is building towards to a new Climate Change Bill which will set a target for a zero-carbon Scotland.”

Mary Church, head of campaigns for Friends of the Earth Scotland, told CommonSpace: “The science tells us we must leave the vast majority of fossil fuel reserves in the ground if we are to stand any chance of keeping temperature rises to 1.5oC.

“The First Minister Nicola Sturgeon has explicitly recognised our moral responsibility to act on climate change and stated her commitment to doing Scotland’s full share of global efforts to avoid catastrophic warming.  Additionally, the Scottish Government’s rejection of fracking was an acknowledgement that the climate can’t afford evermore fossil fuels.

“The Government should be planning for the transition away from fossil fuels in a way that is fair to the workers and communities currently reliant on these industries rather than thinking about how to prolong them. The recent announcement of the Just Transition Commission is very welcome, and with the right remit and membership it can play a crucial role in steering the transformation to a zero carbon economy.”

“The Norwegian central bank saw the writing on the wall and advised the Norwegian sovereign wealth fund to divest from the oil and gas the fund was built on.” WWF Scotland Acting Head of Policy Gina Hanrahan

Gina Hanrahan, Acting Head of Policy at WWF Scotland also told CommonSpace: “If we’re serious about tackling climate change we really have to start leaving fossil fuels unburned. We need to face up to the need for a just, managed transition to a low carbon economy that supports workers and communities affected.

“Just last month, the Norwegian central bank saw the writing on the wall and advised the Norwegian sovereign wealth fund to divest from the oil and gas the fund was built on in the first place.”