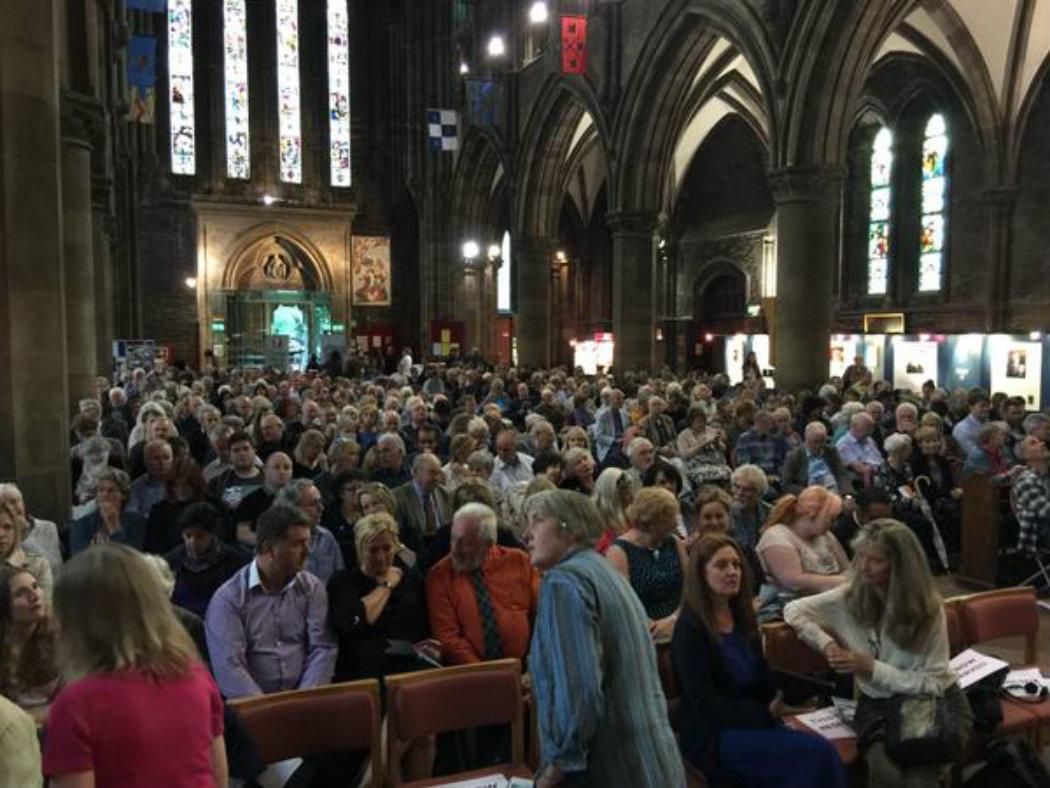 18TH CENTURY RADICAL Thomas Muir should be given a full posthumous pardon by the judicial system to mark over 250 years since his birth, according to former first minister Alex Salmond MP.

Speaking to towards a thousand attendees in St Mary’s Cathedral, Edinburgh, Salmond called for a review of the historical injustice when Muir was found guilty of “unconscious sedition” and sentenced to 14 years transportation in an Australian penal colony.

Calling for a revival of teaching about the ‘Scottish martyrs’ – persecuted for campaigning for democracy in the 1790s – Salmond said: “The exploits of Muir, a pioneer of democratic political reform and Scottish independence, are recognised in the monument at Old Calton Cemetery.

“However, the trumped up charge by the notorious Lord Braxfield on ‘unconscious sedition’ still stands against the names of Muir, Palmer, Skirving, Margarot and Gerrald. It is time to set the record straight.”

Salmond also proposed that Muir be given a more substantial place in the school curriculum, that the residence of the first minister be moved to Governor’s House (then to be renamed ‘Thomas Muir House’) and that Calton cemetery – which includes a Muir memorial – is properly recognised.

The lecture was introduced by Elaine Henry of hosts Word Power Books, who used the platform to highlight injustices within the publishing sector.

“If I had more time I would also tell you about the lack of democracy in the book trade, the totally unlevel playing field that exists for writers, publishers and booksellers and about the crushing dominance of a certain online retailer [Amazon] whom I noted in the Sunday Herald yesterday was yet again exposed for exploitative employment and anti-trade union practices.

“Of course, if there were more time, I would also tell you that their discounts don’t come for free: we all pay for them in one way or another and the millions they save in taxes means we all pay more for the services such as the NHS we hold dear. I believe this to be a scandal, a blatant affront to democracy if ever there was one.”

Henry’s statement was met with applause by the assembled audience.

From the audience Adam Ramsay of media group Open Democracy proposed that the statue of Muir’s archenemies, the disgraced Henry Dundas, be removed from Edinburgh’s St Andrew’s Square.

Artist Ken Currie unveiled a new portrait of Muir 250 years after his birth. Further events celebrating the legacy of Thomas Muir will continue during September, October and November .