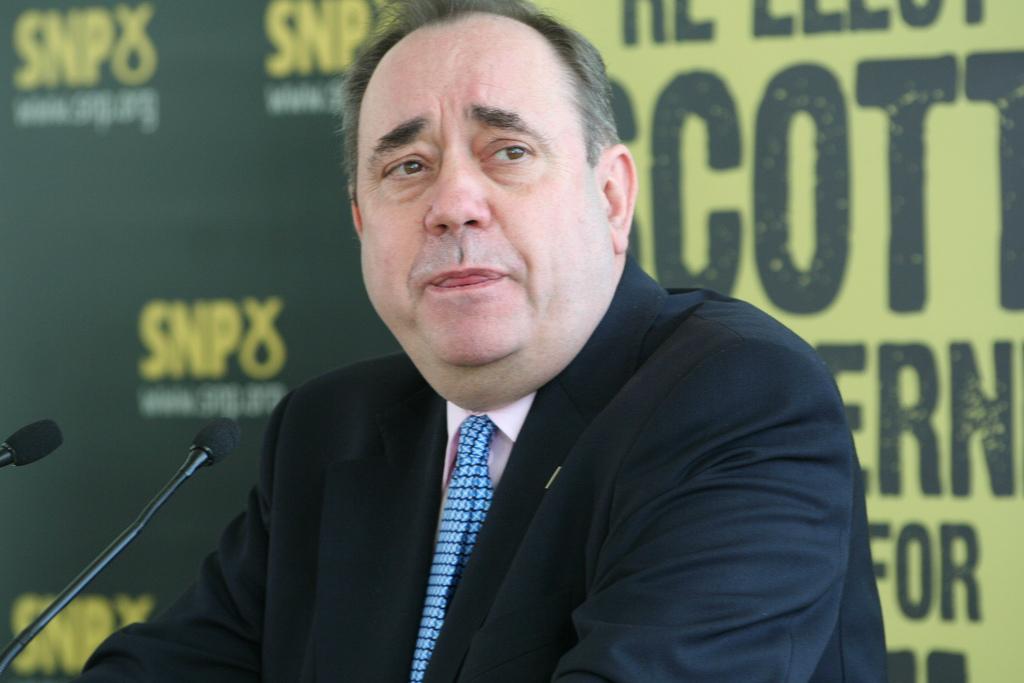 Salmond: Principle of ‘no detriment’ in Smith Commission “would apply whether the transfer of power occurred in a year when Scotland was in a stronger or weaker budgetary position to that of the UK as a whole.”

FORMER first minister Alex Salmond has claimed that the principles of the Smith Commission agreement on more powers for Scotland means full fiscal autonomy, as proposed by the SNP, could not lead to financial detriment for Scotland, as pro-union politicians have claimed.

Salmond made the argument in a column for The National, in which he wrote that the Labour criticism of the SNP’s devolution plans, which the party argues would leave Scotland with a PS7.6bn “financial black hole” due to falling revenues from declining oil prices, were “ridiculous…unless, of course, they are explicitly reneging on what they solemnly signed last October”, referring to the Smith Agreement. (Click here to read more).

The former first minister’s argument introduces a new dimension to the debate over full fiscal autonomy, as he wrote that Lord Smith, who chaired the commission, “took out an effective insurance policy” which he believes effectively ties all parties into a fiscally neutral devolution position.

“He dragooned them into agreeing to a set of principles before they set about agreeing to the precise proposals… principles five and six are the ones which concern us here,” Salmond wrote.

The Smith Agreement principles five and six read that the powers devolved to Scotland should: “5) not cause detriment to the UK as a whole nor to any of its constituent parts” and “6) cause neither the UK Government nor the Scottish Government to gain or lose financially simply as a consequence of devolving a specific power.” (Click here to read more).

Salmond argued that these principles would mean that no revenue is lost from devolving powers to the Scottish Parliament.

“Whatever is devolved in taxation,” Salmond wrote, “an equal amount of revenue is deducted or added to the financial arrangements between Scotland and London. That would apply whether a lot is devolved, as the SNP proposes, or just a little is conceded, as the London parties suggest.”

He continued: “It would apply whether the transfer of power occurred in a year when Scotland was in a stronger or weaker budgetary position to that of the UK as a whole.”

The SNP has argued that the GERS figures for 2014/15, with oil prices at a historic low, is not representative of the general financial position of Scotland over a number of years, which includes paying significantly more in tax per head of population than Scotland receives in tax revenue (including oil receipts).

Salmond concluded: “Why would anyone moan about financial changes which left neither Scotland nor Westminster worse off or better off?”