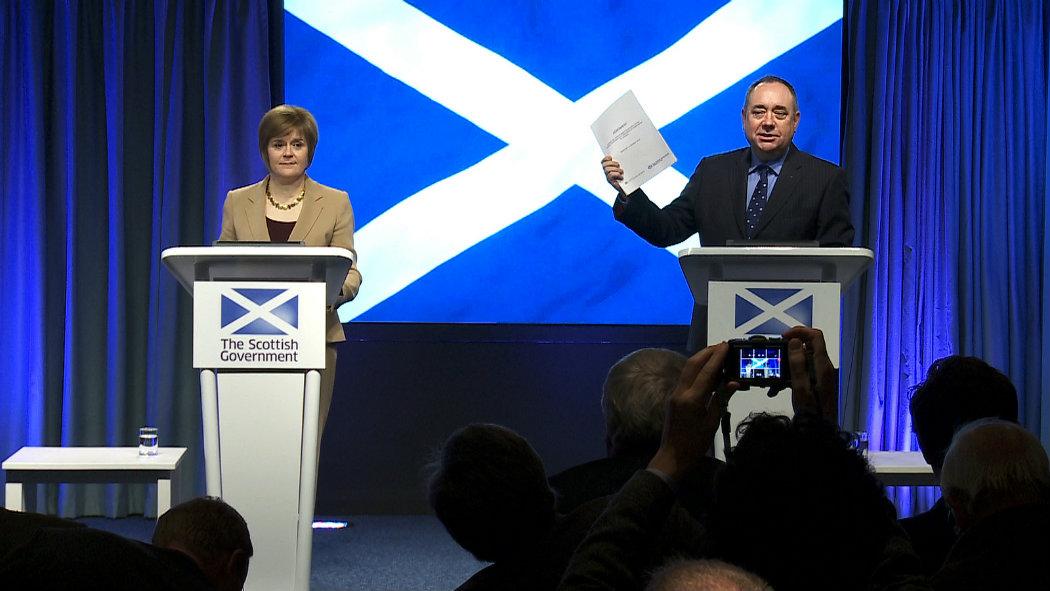 Speaking to a pro-independence crowd at the Grand Central Hotel, Salmond picked up some of the key moments of the epic two-year referendum campaign.

Quoting from sections of his book, Salmond explained that the significance of the referendum fully hit home on 1 September when he spoke to Dundonians registering to vote for the first time since the Poll Tax.

“I was really moved by it. This is significant. This is profound. Something important is happening here,” he told the event.

“The Yes side may have lost the campaign, but the country has changed. Those who started the journey have changed from who they were 100 days before.”

He added that a new generation of political campaigners are “well placed to take the decision at the first opportunity, and it is coming soon, to take the country forward”.

Salmond also took the opportunity at the event – and in his book – to blast the British establishment for its actions during the referendum campaign.

He described the behaviour of Westminster civil servant Sir Nicholas MacPherson, permanent secretary to the treasury, as a “fundamental breach of everything that’s proper and right for people we pay to perform their duties.”

MacPherson took the unprecedented decision to intervene publicly against a currency union during the referendum campaign.

In his book, Salmond went further. He said: “I have no means of looking into the soul of the permanent secretary to the treasury but my guess is that a background reason for his intense level of politicisation may well lie in his family’s extensive land interests in Scotland.”

MacPherson’s family own a landed estate near Plochton, Wester Ross.

Salmond added that the family of Prime Minister David Cameron also have property interests in Scotland. The Tarbert Estate on Jura is owned by Ginge Manor Estates, a company registered in the Bahamas. Ginge Manor is named after the stately home of Cameron’s stepfather, William Astor.

Salmond’s book is also packed with put-downs for the mainstream media in Scotland and the UK. He claimed old media journalism operated “where negativity is king, where debacle, chaos, scandal and crisis dictate every description of every story”.

Right-wing papers such as the The Daily Mail, Daily Express and The Telegraph were all hostile to independence. While Salmond conceded that he expected a barrage of attacks from parts of the print media, he felt the BBC’s conduct was a “disgrace” during the campaign period.

Salmond revealed that he called the director-general of the BBC, Tony Hall, on 15 of September to challenge the coverage.

“The BBC’s idea of balance was to have a list of unionist scare stories and then have Yes campaign people on to answer them. Then they brought the London heavies up…”

Salmond revealed that he called the director-general of the BBC, Tony Hall, on 15 of September to challenge the coverage.

“I say they are a disgrace to public service broadcasting, that their replacement of their experienced Scottish correspondents by network numpties reflects a near-colonial attitude… This will do absolutely no good but I really enjoy saying it – self-indulgent, but none the less satisfying,” he said.

Salmond’s book regularly refers to referendum media reporting that he claims was unfair.

Speaking to CommonSpace on Malcolm Bruce’s remarks that Salmond planned to ‘shake Westminster to its foundations’, Salmond said: “Guy Fawkes had the right idea but just the wrong instrument. In these peaceful, democratic times we will shake Westminster with words and actions.”

Salmond is seeking to become MP for the Gordon constituency on 7 May.