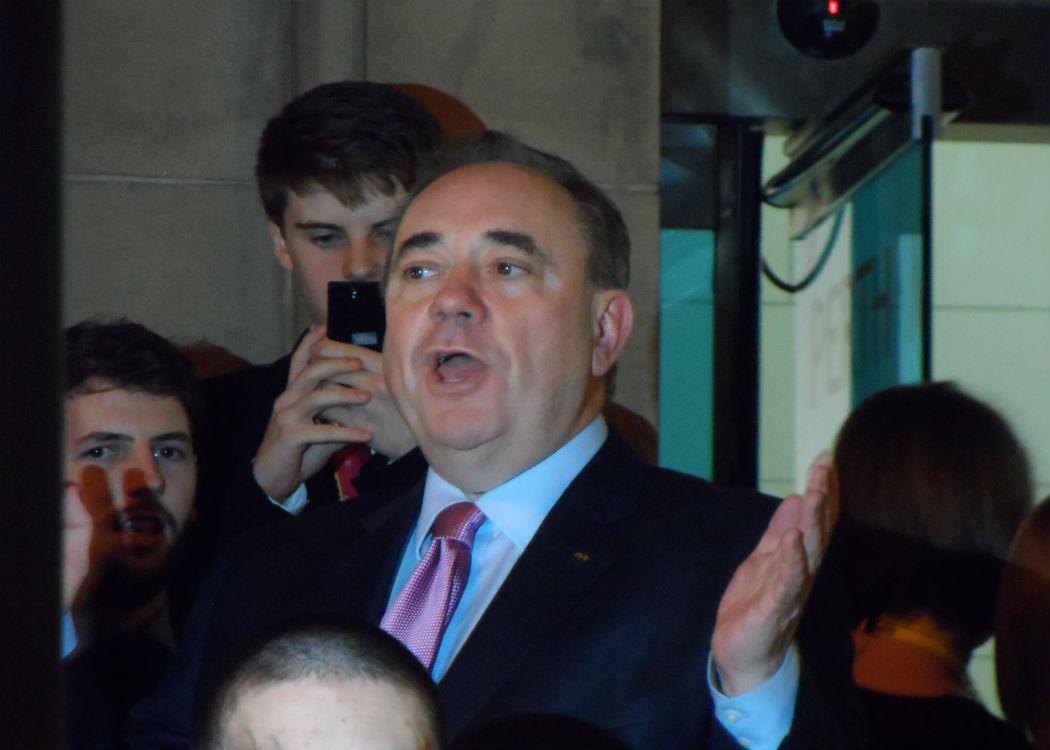 ALEX SALMOND, the SNP’s Westminster foreign affairs spokesperson, missed the Prime Minister’s announcement on plans for military intervention in Syria in order to attend events at the Scottish Parliament and unveil his own portrait for charity.

On Thursday (26 November) David Cameron outlined his plans for military action in Syria, centred around a bombing campaign against Daesh (Islamic State).

The eagerly anticipated statement follows weeks of heated debate over the west’s response to the growth of Daesh following terrorist attacks in Paris .

However, Salmond, who has been highly critical of the UK Government’s moves towards military action, and who has responsibility for the SNP’s stance over a potential bombing campaign, missed Cameron’s statement to the Commons so that he could attend the unveiling of a portrait of himself and to raise money for CLIC Sargent – a charity that provides cancer care for children.

Quoted on the BBC, an SNP spokesperson said that Salmond had attended a “full briefing” in advance of Cameron’s speech and that there was “nothing in the PM’s statement which was of surprise or new”. The SNP’s response to Cameron’s statement was to be handled by the SNP’s Westminster leader Angus Robertson, who said that the prime minister had not provided sufficient information on the cost or forces required to undertake military action.

Opposition politicians have reacted with anger to Salmond’s absence from the crucial debate.

Scottish Liberal Democrat leader Willie Rennie, who said: “Nothing gets in the way of Alex Salmond’s ego including debating war and peace in our country and the Middle East. His absence from the Commons at this critical moment means we will be more sceptical about his motivations the next time he expresses outrage on the matter.”

Speaking to CommonSpace, leading anti-war campaigners have described the SNP’s role in resisting a UK war effort in Syria as “absolutely critical”, due to the internal division in the Labour party over military intervention.