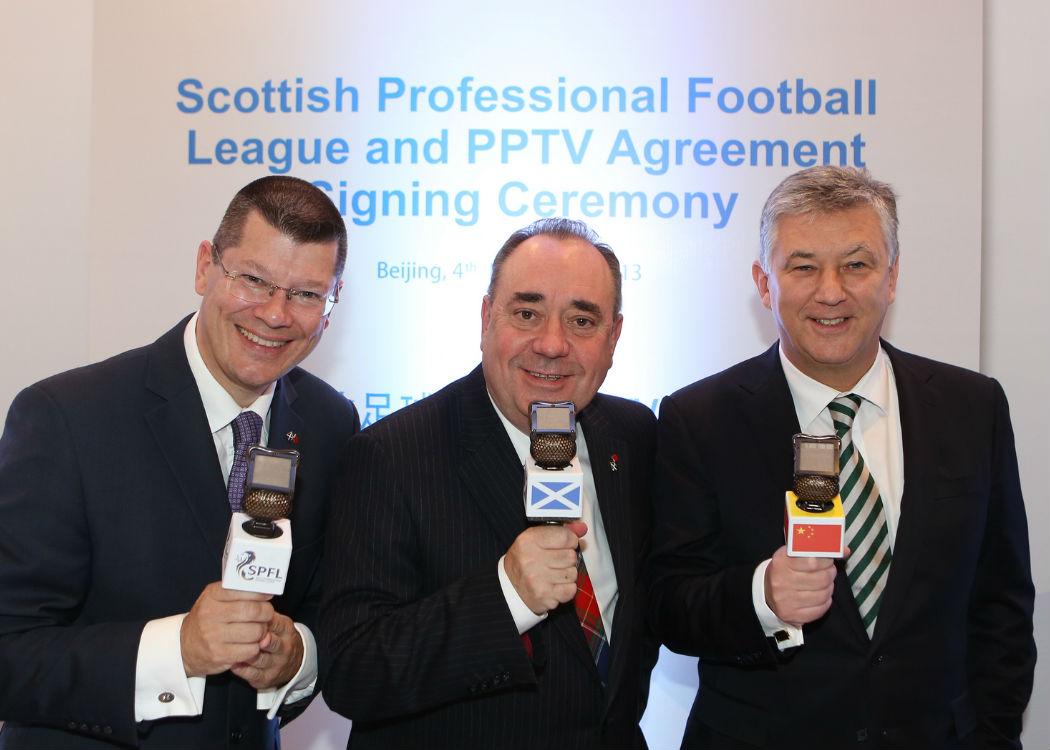 ALEX SALMOND has said that Fifa president Sepp Blatter will not be losing any sleep over European threats to boycott the 2018 World Cup in Russia.

The former first minister made his first comments on the issue after a week that has plunged the world football’s governing body into crisis.

Before the Fifa congress in Zurich, seven high-ranking Fifa officials were arrested by the FBI on corruption charges. Despite growing calls for him to stand down, Blatter has remained defiant and was elected for a fifth term in charge last Friday.

“You have to have some grudging admiration for the old codger,” said Salmond speaking to the Press and Journal.

“Despite the fact that even the FBI are now on the tail of his key lieutenants, he hangs on and shows no sign whatsoever of demitting office anytime soon.”

European football’s governing body, Uefa, is set to meet this week to discuss a boycott of the next world cup in protest at Blatter’s re-election.

The English FA has said that such a move would need the support of “10 large countries” to have an impact.

However, Salmond does not believe that the threat will amount to anything and said he envisages Blatter continuing on for “some time to come”.

“I don’t think Sepp Blatter will be losing any sleep whatsoever over the threat to boycott the World Cup,” he said.

“After all it’s money that talks and the money from the World Cup comes from the billions of the television audience, not from the sponsors, so I don’t think the threat will come to anything.”

“Sepp Blatter, even if the Fifa baw looks burst, looks set to continue for some time to come,” Salmond added.