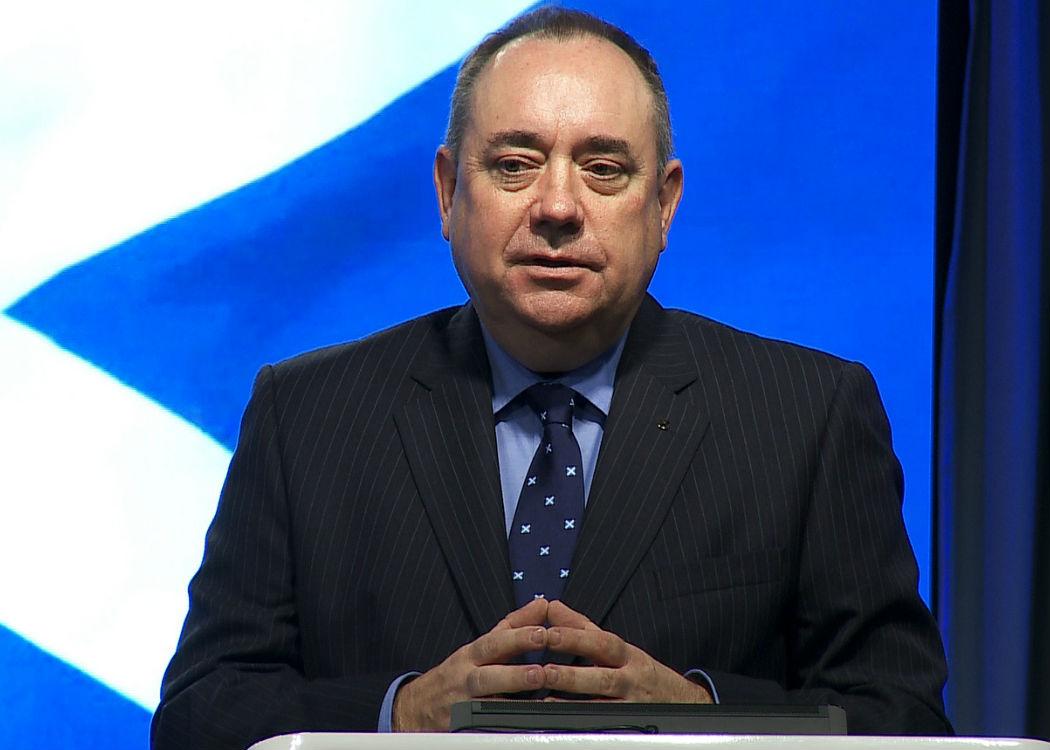 ALEX SALMOND has warned the UK Government that pushing ahead with the renewal of Trident nuclear weapons would be a “fatal mistake” that Scotland would not tolerate.

The former first minister made the comments during a Westminster debate that the SNP had secured on the safety of the nuclear submarine fleet following revelations from whistle-blower William McNeilly. (Click here to read more).

“Given the political realities in Scotland the government would be making a fatal mistake if they believe that this costly trumpery; this useless, expensive, unlawful and inherently dangerous military plaything is going to be tolerated by these benches, this party or this country for any longer,” said Salmond.

Salmond also accused ministers of being guilty of “suffocating complacency” after the concerns raised by Royal Navy submariner William McNeilly were dismissed in a Ministry of Defence report.

Defence Secretary Michael Fallon said in a statement on Thursday that McNeilly’s claims were “either factually incorrect or the result of mis- or partial understanding”.

The SNP questioned the length of time it took for the MoD to investigate the concerns raised in McNeilly’s 18-page dossier.

Brendan O’Hara, the party’s defence spokesman in Westminster and MP for Argyll and Bute where Trident is based, said: “I would imagine to investigate everything that was in the McNeilly dossier would take an awfully long time and a lot of research. To dismiss it so quickly — I am particularly unsatisfied with the [MoD’s] answer.”

Salmond also condemned the secrecy around leaks in a test nuclear reactor at Dounreay.

The leaks occurred in 2012 but were only made public last year and Salmond was critical of the “Crown immunity” invoked by the MoD to stop Scottish ministers being made aware of what was going on. The leaks were caused by small cracks in a prototype reactor designed to identify problems before they emerged on the Trident submarines.

He claimed that Scottish Environmental Protection Agency (SEPA) was prevented by the MoD of making information public.

The ‘main gate’ decision on Trident renewal, at a cost of PS100bn, is set for 2016. A vast majority of both Conservative and Labour MPs are in favour and it seems likely to pass.

When asked if the renewal of Trident could trigger another independence referendum, Salmond said: “You would have to ask Nicola Sturgeon whether this counts as a change in material circumstances.”