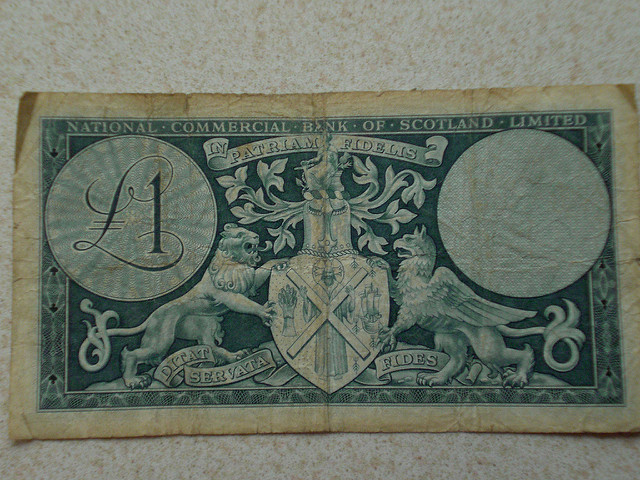 In a change from his position during the 2014 referendum, Alex Salmond has backed the idea of an independent Scotland having a new currency

ALEX SALMOND has given his support to an independent Scotland having its own currency.

“We live in different times. This is not 2014.” Alex Salmond

During their onstage conversation, Fairlie mentioned his support for an independent currency, a suggestion Salmond gave his backing to, saying: “We live in different times. This is not 2014 … And you have to anticipate two, three, four years’ time.

Salmond’s backing for an independent currency is a notable shift from his position during the 2014 independence referendum, which was to support a currency union with the remaining UK. This proposal was controversially rejected by the UK Government and particularly by the then-Chancellor of the Exchequer George Osborne.

The decision by the Yes campaign to pursue a currency union was later described by former SNP deputy leader Jim Sillars as “a gift to the No campaign” in his book In Place of Failure: Making It Yes Next Time…

“Only a Scottish currency fully controlled by a Scottish Central Bank could allow an independent Scotland to utilise its currency to maximise its national resources.” Ben Wray, Common Weal Head of Policy

At present, the Growth Commission instituted by Nicola Sturgeon, is considering the viability of a new currency for an independent Scotland, compared to pound sterling or the euro.

Earlier this month, Ben Wray, head of policy at the Common Weal think tank, also gave support to an independent currency, writing: “Only a Scottish currency fully controlled by a Scottish Central Bank could allow an independent Scotland to utilise its currency to maximise its national resources.”