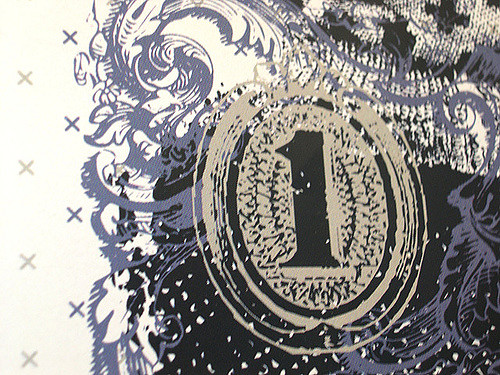 One year to the day since the Scottish Lobbying Register first went live, Alex Steven analyses the impact it has had, and why it still needs to be strengthened

NEIL FINDLAY sought to “promote greater transparency openness and accountability” when proposing the creation of a Scottish Lobbying Register. Seven years later he views the final creation to be a “major disappointment”.

He said he “was initially pleased when my proposed bill was taken on by the Government, but dismayed when it was kicked into the long grass.” The final product was “a rushed and poor piece of legislation. As I warned at the time, it is a register for 18th century politics, very silly.”

Upon scrutiny there are some interesting findings buried within the database of lobbying disclosures.

Most prolific lobbyists in Scotland? As of the beginning of last month it was Royal Blind, a 225-year-old charity providing care and support for those with visual impairments. Holding an exhibition in the Scottish Parliament on a single day was the cause of their surprising rank. They had taken advice from the Lobbying Registration Team and registered all their face to face contacts with MSP’s at their Holyrood stand. The charity felt the online system worked well, notable as the capacity of small charities to comply had been a reason given for reducing the scope of declarable lobbying.

Hardest working MSP, not in government? Graham Simpson, Conservative, who has been lobbied 112 times, mainly regarding housing and planning, matters of legitimate concern to the committees that he is on.

But beyond these trivial observations finding links between power and influence is very difficult due to the many exclusions and exemptions that undermine its usefulness as a database.

In a tumultuous year dominated by Brexit there is little evidence of the lobbying that would be expected. Farmers concerned about loss of EU market access and subsidy? Fishermen seeking assurance that fishing rights will not be bartered away? Scottish Whisky lobbying for brand protection? Hardly reflected in the register.

The single biggest restriction on reporting is the decision that only face to face lobbying, as it would have been done in the 18th century, need be disclosed. Phone calls, emails and even letters are excluded.

Exemptions remove the need to disclose if the lobbyist has any business in the MSP’s constituency. So farmers and fishermen approaching their local MSP’s is not declarable.

An additional barrier is the reporting schedule. A lobbyists first instance of lobbying must be declared within 30 days. Subsequent lobbying can be declared at any point within six-month rolling periods.

Those aiming to hold power to account will likely find only old news, assuming the lobbying was face to face and not relating to constituency business. The variety of exemptions are such that little meaning may be derived from even exhaustive searches. As a result very little use has been made of the register to date by journalists in Scotland.

Cabinet Secretary for Rural Economy, Fergus Ewing advised Parliament on 7 March 2019 that he had recently met with the National Sheep Association (Scotland). As they are not registered they would have until 25 March to make an initial declaration if this was a first meeting. Jenny Craig, Chairman of the NSA, has met Mr Ewing on 18 January to discuss the Less Favoured Areas Support Scheme. The constituency exemption does not apply as Mr Ewing is a Cabinet Secretary. At the time of writing the NSA have not replied to a request for comment.

Another significant exclusion is for anyone lobbying on behalf of a local authority. As a result the Convention of Scottish Local Authorities (COSLA) has not felt it necessary to make a declaration.

As the Lobbying Register passes its first birthday there is little to celebrate. Yes, the officials running the register appear to be doing a good job and are advising organisations about the obligation to disclose their face to face lobbying. However, a properly functioning register would help journalists (and indeed interested citizens) to scrutinise and monitor those trying to influence policy and legislation.

The current register has so many pieces missing that it reveals hardly anything of the bigger picture of organised influence. Some of Scotland’s biggest corporations do not appear on the register. Are we to believe they are not politically active? The register shows that those activities currently defined as lobbying can easily be disclosed. Perhaps the next step is to revisit the definition of lobbying at Holyrood and make the register a more reliable and robust disclosure system?