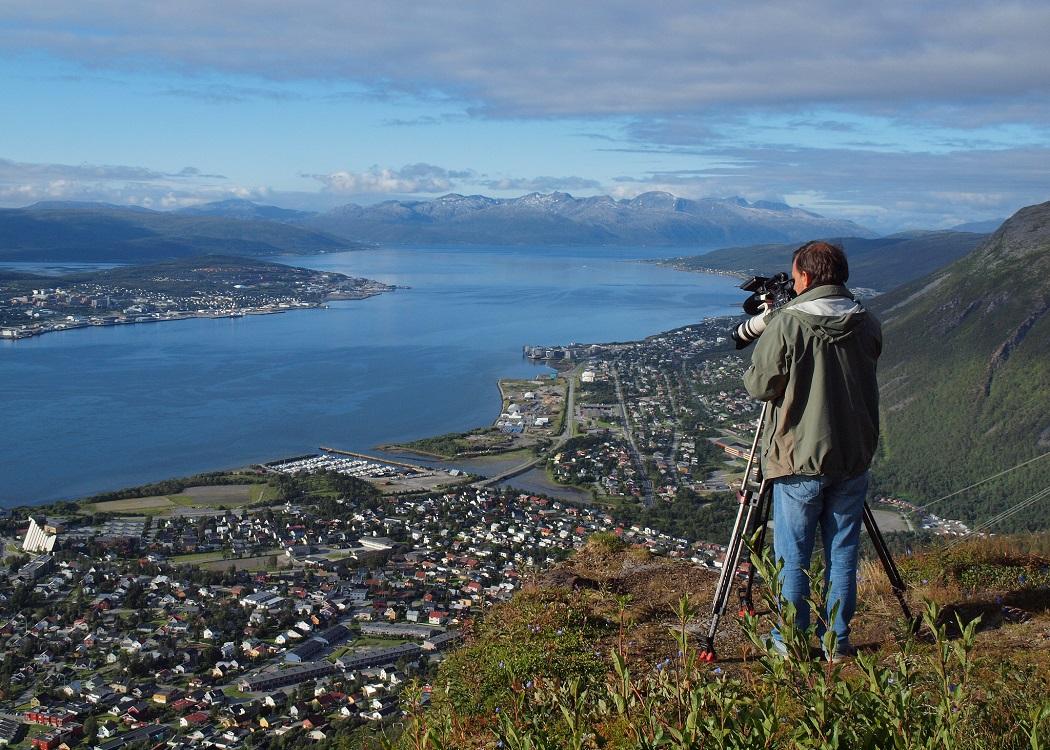 Alison Piper, a Glasgow-based filmmaker and video artist, explores changes within the Scottish filmmaking landscape and says Tartan Features – an open source filmmaking network – is helping to nurture and support the production of micro-budget feature films

“IT’S NOT even a very good film,” Neil Rolland deprecates as he gestures at the cinema screen on which we’ve all just watched his quite moving portrayal of a depressed husband and father, in his first feature film ‘Take It Back and Start All Over’, made on a budget of PS1,000 and shot in five days towards the tail end of 2013.

Most in the audience would disagree with Neil, it was a very good film and his achievement is magnified by the acute restriction of time and money.

“But that’s not the point,” he continues. “The point is that I did it, I didn’t even have a script and then two months later I was shooting it, and off the back of this I’ve already got ten grand to make the next one. Who wants to make shorts that win awards?

“Well, I’m sure a lot of you do, and that’s great, do it. But by making a feature film you’ll find that so many more doors opens up to you, and you can make feature films, you don’t need funding from Creative Scotland to do it.”

Tartan Features is a reaction to the current filmmaking landscape in Scotland, it’s a Dogme 95-like movement spearheaded by Neil Rolland, Grant McPhee, Craig James Moncur, Olivia Gifford and Katie Crook. In true Dogme style ‘Take It Back and Start All Over’ Is Tartan Features #2.

Lines are blurring between the indie circuit and the professional film and TV industry.

Neil and the Tartan Features vanguard all believe that micro budget feature film production can co-exist and even feed into the larger Scottish industry as a whole, creating an infrastructure for skills and talent development while encouraging a sustainable industry, and after attending their ‘call to arms’ of a filmmaking showcase at the CCA last Monday (2 March) I would wholly agree with them.

Lines are blurring between the indie circuit and the professional film and TV industry. In the bar after the screening I see many familiar faces, below-the-line crew who work professionally on Scottish films and television programmes like Under The Skin, Sunshine On Leith, River City and Waterloo Road.

Mixed in among them are playwrights, photographers, film school graduates, up-and-coming actors and their friends and partners who have an interest in cinema. Everybody wants to support the indie community and find allies to help them get their own projects off the ground.

Music video director Ciaran Lyons screened some of his work as part of the Tartan Features showcase, and believes that DSLR films are the new watermark of low production values. Instead, he is experimenting with obsolete formats like VHS and mini DV.

Writer/director John McPhail screened and talked about the trailer for his new feature film ‘Where Do We Go From Here’ (Tartan Features #9). He’s a hugely likeable and honest character who wants to talk to everyone. He’s looking for a co-writer for his next project.

Creative Scotland has no programme in place to support independent feature filmmakers.

In this vein, there’s something happening in the grassroots filmmaking community. Independent filmmakers are starting to talk more with each other about their ideas and it’s down to communities like Tartan Features and the Write. Shoot. Cut platform who host screenings, pitching events and networking evenings that facilitate the building of new relationships.

Creative Scotland has no programme in place to support independent feature filmmakers. The Scottish Film Talent Network was introduced to quiet the voice of the frustrated indie masses by giving us somebody to talk to, but the network’s New Talent Scheme only funds the production of up to five short films each year, across the drama and animation sectors. Across the whole of Scotland.
It’s easy to digest Creative Scotland’s 10-year corporate plan and its film strategy for 2014-2017, and come out the end feeling like your home grown independent feature doesn’t stand a chance when there’s so much emphasis on supporting large international filmmaking in Scotland.

However, dig deeper and you’ll stumble upon titbits in the ‘film development and production’ programme where it’s announced that the Open Project Fund “will also now accept applications to support high-quality and experimental work falling outside the traditional film development and production model, this could include writers and directors developing their creative practice and professional skills to test new ideas and experimental approaches to filmmaking”.

I would encourage all writers and directors I know to put in applications to this fund and show Creative Scotland that there is a very high demand for this kind of support.

The Talent and Skills Development programme also plans to “lead a review of support necessary for emerging talent, and to address current gaps in provision”; I would invite them to come along to the Write. Shoot. Cut screening and pitching forum every month and put their money where their mouth is.

I do live in hope that Creative Scotland will bestow more support upon indie filmmakers, but at this juncture I’m quite sure that my first feature will be a Tartan Feature.

The next Write.Shoot.Cut takes place on 9 March at Banshee’s Labyrinth, Edinburgh, at 7pm.