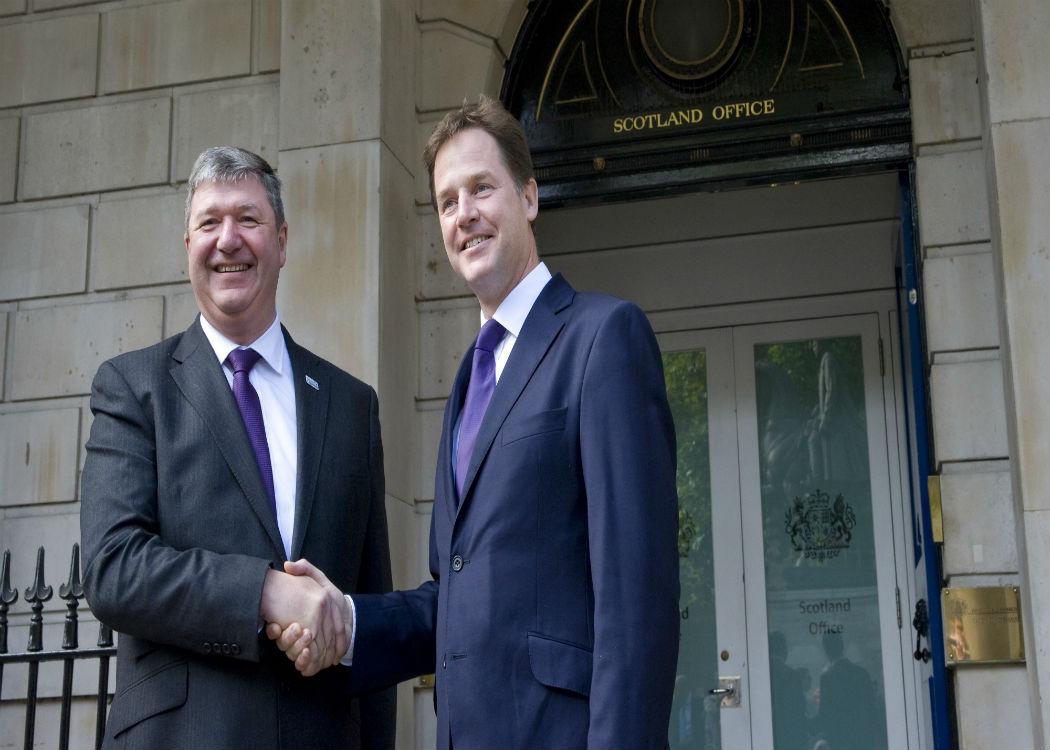 ALISTAIR CARMICHAEL has survived a challenge to his position as MP for Orkney and Shetland in an historic election court case brought about by his own constituents.

The four Orkney and Shetland residents challenged Carmichael’s election after the #frenchgate scandal, during which it emerged the Carmichael had orchestrated the leak of an erroneous document to the Telegraph newspaper.

The document carried a false conversation between First Minister Nicola Sturgeon and the French ambassador to Scotland wherein Sturgeon was said to have claimed she wanted Conservative leader David Cameron to win the 2015 General Election.

CommonSpace presents the reactions of key participants and commentators.

The case has been lost on the slimmest of legal technicalities. It is more of a loss for Alistair Carmichael than a win. To appreciate the true tenor of the judgement the full transcript should be read. The petitioners have won two out of the three points. We are disappointed but see the win as caveated by damning comments on Mr Carmichael’s behaviour by the judges.

Phaemie Matheson (One of the Orkney Four)

I think he should resign and call a byelection and let voters in Orkney and Shetland decide with full possession of the facts. We did not know and had no way of knowing what his actions were in relation to the cabinet inquiry so I think as constituents we deserve to judge him in light of that at the ballot.

We’ve done something remarkable – Carmichael had to account for his actions and conduct in open court. It shed light on some very worrying practices in the political culture of Westminster which is referenced in the court’s judgement.

This case was politically motivated. It was a deliberate attempt by nationalists to remove the last Scottish Liberal voice at Westminster, and is a mark of the unhealthy polarisation of Scottish politics since the referendum.

I shall continue to represent Orkney and Shetland as a Member of Parliament to the best of my ability, as I have done for the past 14 years.

These are very special communities, and it is where my wife and I have made our home and where we are bringing up our family. The interests of the Northern Isles have always been, and always will be my first priority. It remains an honour and a privilege to be their Member of Parliament.

The Orkney Four are my heroes. They haven’t prompted a by-election – always a slender chance–but they have battled valiantly against the cynical view that politics is a game where lying and leaks are acceptable. It’s outrageous they’ve had to risk their own livelihoods to get this far. But they may have made it harder for MPs to lie blatantly in the future and their crowd funding campaign has proved thousands of Scots care about standards in politics and won’t leave the Orkney Four out of pocket.

Compare and contrast the PS8,000 raised in three months by supporters of Alistair Carmichael. His contention that the case against him was “highly politically motivated” is not only ungracious but untrue and deeply ironic – the only reason he isn’t facing a by-election tonight is that judges believed him he lied “as a politican.” What a sorry comment on him, the Lib Dems and the state of British politics.”

From The National :”Few observers ever anticipated this action would come this far. Yesterday’s judgement underscores the view that this was a serious, well-founded case, rooted in the law. Fortified by the court’s judgment in his favour, Carmichael came out fighting. Parliament Square smoked with the scent of burning martyr, as the cameras recorded his unrepentant, untouched reaction to this judicial demolition of his character. But make no mistake. There is no vindication for Alistair Carmichael in the election court’s determination. Only survival.”