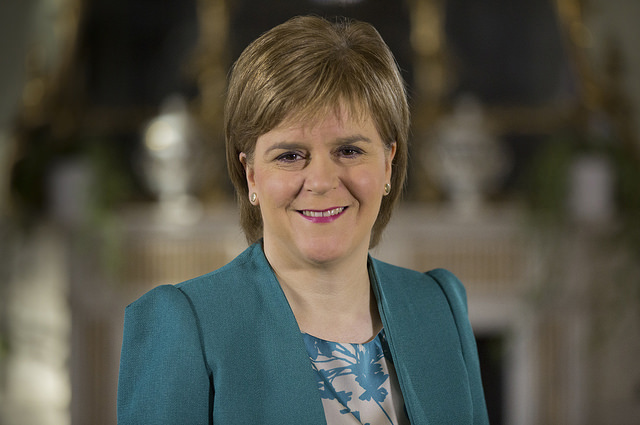 Carnival will incorporate the Govanhill Against Racism festival

Sturgeon will open the festival’s carnival, while event orgainisers confirmed to CommonSpace that Corbyn will be a guest speaker on Sunday 27, August at the Govanhill Against Racism event.

The festival hopes to celebrate diversity in Govanhill in a bid to tackle racism. Govanhill is said to be the most ethnically diverse area of Scotland, and has historically been home to many immigrant communities settling in Scotland.

“I am delighted to be invited to launch the first ever Govanhill International Carnival.” Nicola Sturgeon

First minister of Scotland and local MSP Sturgeon said: “I am delighted to be invited to launch the first ever Govanhill International Carnival. Govanhill is such a uniquely diverse part of Glasgow and the carnival will be a great opportunity to celebrate this diversity. I have no doubt that the hard work put in by local groups will make the event a success and I look forward to the carnival becoming an annual fixture in the Govanhill calendar.”

After the results of the snap General Election called by Theresa May this year where the SNP lost six seats to Labour, Corbyn has been on record stating he will target 18 SNP-held seats as a “government-in-waiting” in his bid to become prime minister. The Labour leader has said he will focus on former Labour “strongholds” when he tours the central belt of Scotland next month including Glasgow East, Airdrie and Shotts and Glasgow South West – held by the SNPs Christopher Stephens MP.

Human Rights lawyer Aamer Anwar has also been confirmed as a guest speaker at the Roots Rock Reggae event.

Stars such as Aswad, Black Grape and Scotland’s own Colonel Mustard and the Dijon Five will perform at the Govanhill Against Racism event, which will be held in the Queen’s Park Bandstand area on Sunday 27 August and Monday 28 August.

The Roots Rock Reggae and Rock Against Racism concerts have been organised by Govanhill Baths and was set up to mark the 40th anniversary of Rock Against Racism. Features will include a parade from Govanhill to Queen’s Park celebrating Govanhill’s many cultures, food, and costume competitons.

The event is being promoted by the The Alistair Hulett Memorial Trust, and Inhouse is organising the three-day Unity Festival over the weekend.

Tickets for the Roots Rock Reggae are priced at £27.75 while the Rock Against Racism tickets are priced at £38.75. Weekend tickets cost £55.25 and can be bought from Skiddle.

Picture courtesy of The Scottish Government.