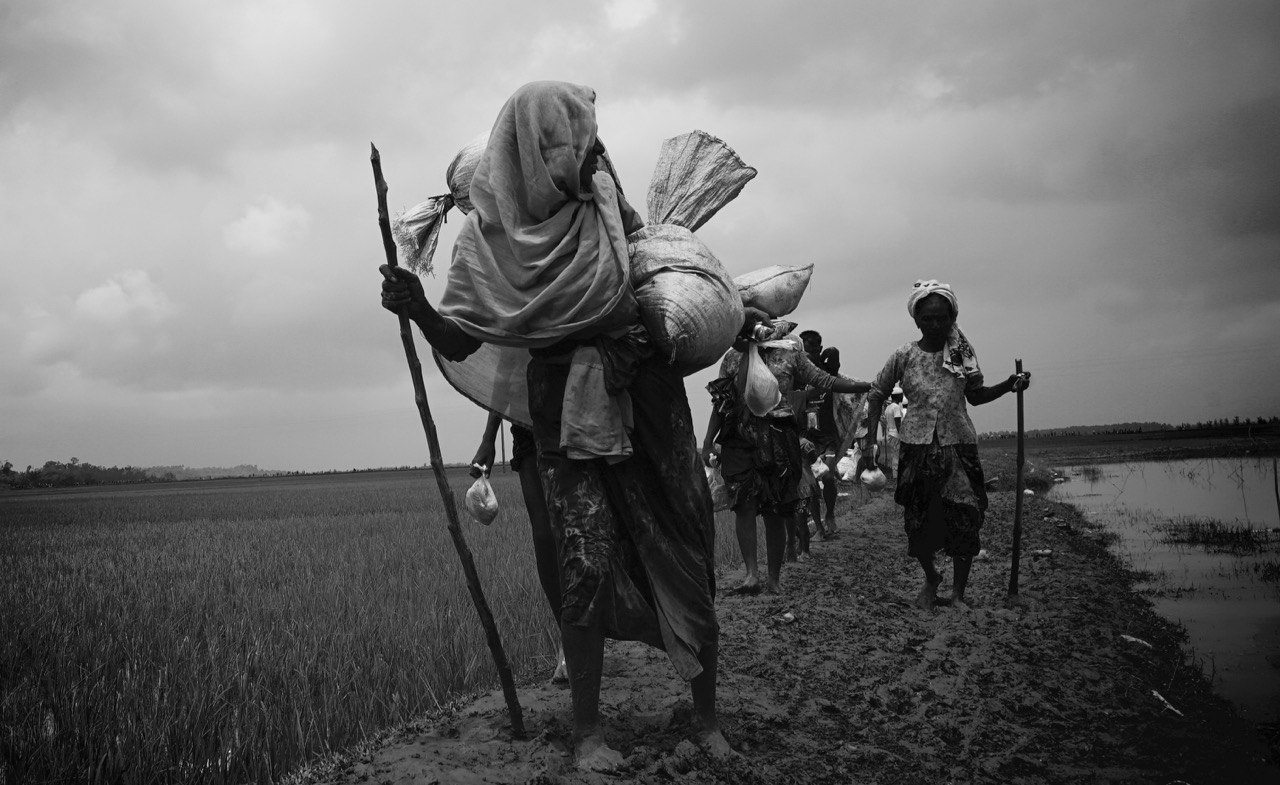 ACTOR AND WRITER Sanjeev Kohli, best known for his role as Navid in Still game, will join BBC presenter Kawser Quamer in hosting a cross-cultural charity event in support of the Rohingya people who have been forced to leave Myanmar as a result of persecution and violence.

The 4 November event at Oran Mor in Glasgow has been organised by Scottish television writer and producer Uzma Mir-Young and Glasgow businessman Sanjay Mahju, who owns the Ashoka chain of Indian restaurants.

‘All in For Rohingya’, described by organisers as an “event of music and love”, will feature a culturally eclectic range of live music from Raag and Tonic, The Violet Kind and The Bhangra Beatles, and will hear from human rights lawyer Aamer Anwar on the situation in Myanmar.

“If I get to sing the Beatles with Sanjay as well, that will make it the perfect evening.” Sanjeev Kholi, actor and writer

Sanjeev Kohli, who is Sanjay Mahju’s cousin, said he did not hesitate when he was asked to host the event. “I’m really looking forward to this event and hope we can raise serious funds to help some of the Rohingya refugees fleeing for their lives”, Kohli said.

“And if I get to sing the Beatles with Sanjay as well, that will make it the perfect evening.”

Myanmar, which is a predominantly Buddhist country, has been widely condemned for human rights violations amidst ongoing attacks on its Rohingya population, most of whom are Muslim.

The state violence and destruction of villages escalated in August this year into a systematic clearance, described the United Nations as ethnic cleansing, forcing over half a million people to flee the country.

Mahju and Mir-Young said they felt compelled to take action when they saw reports of the crisis facing the Rohingya people, many of whom are now living in refugee camps in Bangladesh.

READ MORE: Yvonne Ridley: Myanmar will become another Rwanda or Srebrenica if we don’t act now

Mir-Young said: “We hope to raise some serious cash to help Medecins Sans Frontiers and Partners NGO keep up their good work helping the refugees, by using music to bring people of all communities together.

“Sanjay has covered all the costs of the night to ensure every single penny from ticket sales and funds raised on the night will go to our nominated charities.”

Mir-Young stressed that the event seeks to highlight the need to see the Rohingya people “first as humans”, irrespective of religion. In keeping with this spirit, the event aims to be as inclusive as possible, bringing people together from all cultures and areas of Glasgow.

She said she felt confident that the generosity of people in Scotland meant the event would succeed in raising a worthy contribution to the cause. “If you have a fundraiser in Scotland, you can always be assured people will open their hearts and open their wallets,” she said.

Tickets for the event are £20 with all proceeds going to Medecins Sans Frontiers and Partners NGO, and ticket holders can enjoy a pre-show £5 Thali from Ashoka Ashton and Green Chilli Cafe. Find out more about the event here.