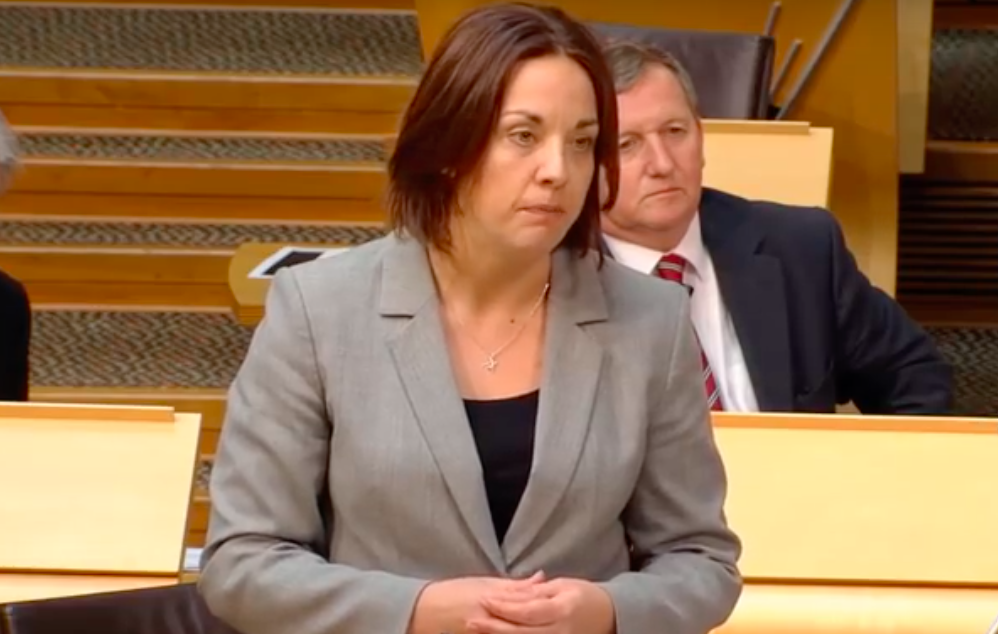 Dugdale resigned from her post after two years at the helm, following her appointment after Labour’s disastrous 2015 General Election campaign under former leader Jim Murphy.

Dugdale left her position by writing a letter to the party’s executive committee, claiming Scottish Labour needed a new leader with “fresh energy and a new mandate”.

“I have thought long and hard about this. I care deeply about the Labour party – I love it and I have devoted my adult life to serving it in a number of different capacities.” Kezia Dugdale

In an interview with the BBC Dugdale spoke of her deep affection for the Labour party, but said it was time for someone else to take over its leadership in Scotland.

She said: “I have thought long and hard about this. I care deeply about the Labour party – I love it and I have devoted my adult life to serving it in a number of different capacities.

“And I have just come to the conclusion that the best thing for it, the Labour party, this precious, precious thing that has done so much good in our country, and indeed for me, is to pass that baton on.”

First Minister Nicola Sturgeon Tweeted her admiration for her “opponent” before wishing her well for the future.

We may be opponents, but @kezdugdale led her party with guts and determination and I admired her for that. I wish her well for the future.

Scottish Conservatives leader Ruth Davidson emerged from a quiet period to relay how tough being leader of a political party can be.

Leadership can be tough and @kezdugdale deserves the thanks of her party for putting in the hard yards. I wish her well.

Scottish Liberal Democrats leader Willie Rennie continued the theme of admiration for a leader who took over Scottish Labour when it was in a troubled position after the election in 2015.

Kezia has been good for Labour. Her open, friendly, and upbeat style was appealing and I enjoyed working with her. I wish her all the best.

And Scottish Green Party co-convenor Patrick Harvie said Dugdale had served her party with “dedication” during her tenure.

.@kezdugdale has served her party with dedication; her decision to stand down can’t have been easy. I’d like to wish her well for the future

“I want to thank Kez for her tireless service to our party and movement.” Jeremy Corbyn

He thanked her for her contribution and for “rebuilding” the party in Scotland.

“Kezia became Scottish leader at one of the most difficult times in the history of the Scottish Labour Party, and the party’s revival is now fully under way, with six new MPs and many more to come,” he said.

“I want to thank Kez for her tireless service to our party and movement.”

Speaking to the Guardian, Labour MSP Neil Findlay, a close associate of Jeremy Corbyn said he had no plans to run for the leadership.

Findlay claimed he had “no idea” Dugdale would resign: “It came as a bolt out of the blue to me as well,” he said.

Chair of the Edinburgh Southern Constituency Labour Party and Labour Hame editor Duncan Hothersall said he was proud to have stood beside Dugdale, and thanked her for “reminding people what Scottish Labour is all about”.

But he also fired a warning to people who opposed Dugdale’s leadership.

There are people who have been working to undermine her leadership since it started. Their success deserves our disdain. Damn them.

A senior Scottish Labour source tells me Kezia Dugdale was “hounded out by JC’s mob”.

Is Kezia Dugdale jumping before she’s pushed out by more pro-Corbyn forces in Scottish Labour? “Absolutely not – I’m going on my terms.”