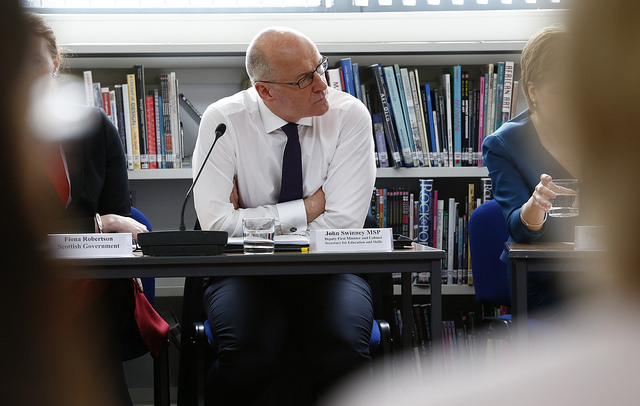 I WROTE a detailed legal analysis of last week's Supreme Court judgement on the day, and it is now available in a number of places. It makes passing comment upon the initial response to the judgement from the Scottish Government.

But I realise there are also those who do not understand how to make sense of the competing claims, and would like to do so. This piece is for you. 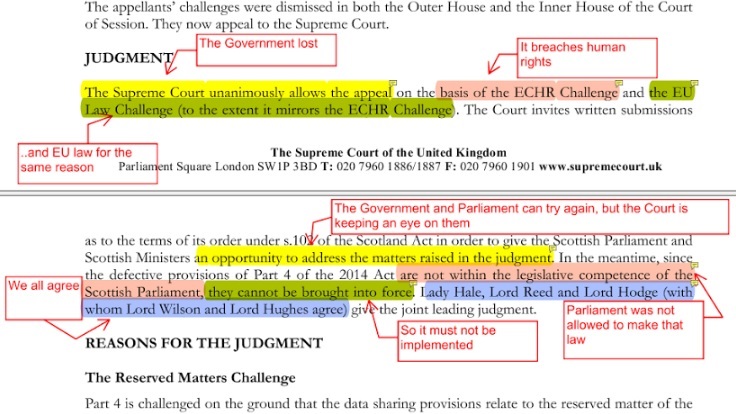 For those who prefer to watch and listen, you can see Lord Hodge, Scottish Supreme Court Justice, explaining the decision here. (Before viewing the video, you'll see a box that explains that "this footage is made available for the sole purpose of the fair and accurate reporting of the judicial proceedings of The UK Supreme Court." There are relevant terms and conditions, and potential penalties set out, which you have to accept.)

Read more – Nicky MacCrimmon: What the Supreme Court really said about Named Person and what it means

In this post, I aim to unpick three particular assertions that have been floating around on social media since the judgment last week.

1. Did the court really find that the scheme was benign?

Take a quick look at the video link to the Supreme Court above. Notice Lord Hodge at 0:48 seconds. He says "it is not in dispute that" the aim of the Named Persons scheme is benign.

There are two points to be made here. First, it is the aim that is benign, not the scheme that has been legislated. The children and young persons commissioner for Scotland has realised the significance of the distinction between the two things, and apologised: 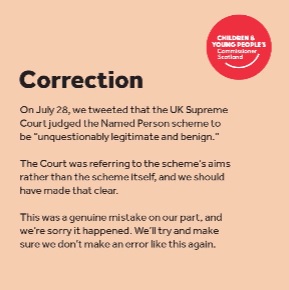 Now, if you really want to understand, there must surely be pause for thought at this point. All those tweets of "benign and legitimate", yet, as Lord Hodge makes clear, that was not even the issue. What was in dispute was whether this particular form of scheme complied with the law.

2. Does the scheme comply with human rights?

Such claims on social media are doubtless influenced by that part of John Swinney's response above, to the effect that the Supreme Court: "Ruled that the principle of providing a Named Person for every child does not breach human rights and is compatible with EU law."

How do you square this with my mark up of the Supreme Court's own summary, which points out that the legislation breaches both human rights and EU law? It does seem to me that John Swinney is on terribly thin ice here.

Again, two points: First, the Supreme Court has only been asked to rule upon, and has only ruled upon, one particular version of the scheme. That version does breach human rights and is not compatible with EU law.

Read more – Maggie Mellon: How the Named Person crusade could damage the case for Scottish independence

In the sentence from John Swinney's statement above, the words "the principle of" are being required to carry an awful lot of weight, when the diametrically opposite conclusion was reached in respect of the only version of the scheme ever to be ruled upon.

Sadly, many commentating on social media failed to appreciate that, and indeed some have gone as far as to assert, wrongly, that the legislated scheme does not breach human rights.

Second, recalling that the benign aims of the scheme were "not in dispute", and the words "ruled that", are also being asked to carry a lot of weight. Courts only rule on what is in dispute.

3. Will it really just take a few tweaks to fix?

Some have suggested that if the scheme was so fundamentally flawed, the Supreme Court would have required it to be ditched altogether. As I explained above, this is to misunderstand the distinctly different roles of parliament and the courts – or as I put it in my earlier analysis: "… [The Supreme Court] was never going to interfere to prevent a legislature from passing legislation."

Others have suggested that the amendments will be minor. Since the purpose of this piece is to help people navigate the widely competing assertions made about what the Supreme Court decided, this piece will not be enhanced by an analysis of the word "minor".

My earlier piece set out the changes that are going to be required, and you can look there and make up your own mind if you want.

But if you pull together the threads of this piece, you will surely appreciate that the new scheme must incorporate the very changes that the appellants insisted were necessary, and that starting with a scheme that has been ruled to breach human rights, and tweaking it as little as possible so that it just crosses the line into "lawful" territory is not an approach to inspire confidence in the good intentions of the legislature towards children's rights.