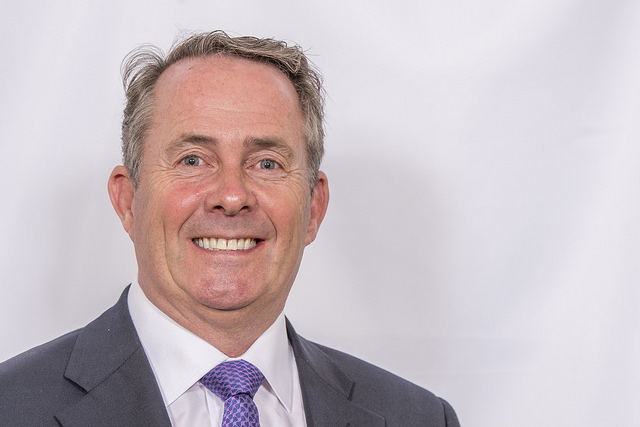 THE TRADE JUSTICE Scotland Coalition has organised an event which will highlight the risks of post-Brexit trade deals in light of the UK Government’s Trade Bill.

The event aimed at MSPs and supported by Green MSP Mark Ruskell will take place in the Scottish Parliament on 16 January – one week after the controversial Trade Bill was passed at its second reading in the House of Commons.

Much like the EU Withdrawal Bill, the Trade Bill would transfer significant powers to government ministers – in this case to international trade minister Liam Fox – to make and sign off on trade deals without parliamentary scrutiny or involvement of the devolved administrations, and has drawn strong criticism from campaigners and opposition parties.

“It’s absolutely vital that Scotland has a say in any trade deals that the UK government are thinking of doing after Brexit.” Liz Murray, Global Justice Now

SNP MP and spokesperson for international trade and investment called the bill “a real affront to democracy”, while Nick Deardon, director of Global Justice Now said it represented a “democratic deficit” which was “totally unacceptable” in a modern democracy.

Liz Murray, head of Scottish campaigns at Global Justice Now, which forms part of the coalition organising the event on Tuesday told CommonSpace that people should be “worried” about the UK Government’s approach to post-Brexit deals.

She said: “It’s absolutely vital that Scotland has a say in any trade deals that the UK government are thinking of doing after Brexit, as these deals will have impacts on many areas of policy that are devolved to the Scottish parliament, such as farming, fisheries and food safety.

“We urge Scottish politicians to ensure this happens – and also to adopt the principles for a just and ethical trading system that we’ll be setting out at our event, as these give a framework for doing things differently and better, and for making sure that trade has a positive impact here in Scotland and with our trading partners around the world.”

Noting that the government is already in talks with countries including the US, Turkey and Saudi Arabia about trade, Murray said that it was likely that such deals would favour big business, and likened the approach to the controversial (and for now, off the table) Transatlantic Trade and Investment Partnership (Ttip).

Murray emphasised that the coalition was not against trade but believed that any deals must not be allowed to threaten government’s ability to make policy to protect the environment, food safety standards, and workers’ rights.

To this end, the Trade Justice Scotland Coalition has formulated a set of ten ‘just trade principles’, which were backed by 31 cross-party MSPs in parliament when Mark Ruskell put forward a motion in support of the principles in October.

Speaking ahead of the event on Tuesday, Ruskell said: “Trade deals impact on all aspects of devolved competencies, from the food we eat and goods we buy to the health of our environment and the delivery of our public services.

“As Brexit progresses new trade deals will be top of the political agenda, so it’s vital we have a conversation now about our trade priorities, who benefits from our global trade agreements and how trade deals can help rather than hinder progress on urgent issues like climate change and workers’ rights.

“The Scottish Government’s current trade and investment strategy runs until 2021 and will soon be up for review – the Scottish Greens will be pushing for trade justice to be at the heart of this new strategy.

“The Trade Justice Scotland Coalition has done a great job kick-starting the conversation with their Principles for Just Trade Deals, and I look forward to discussing with MSPs from across the parties the role we can play in pushing for a fairer trade agenda for Scotland.”