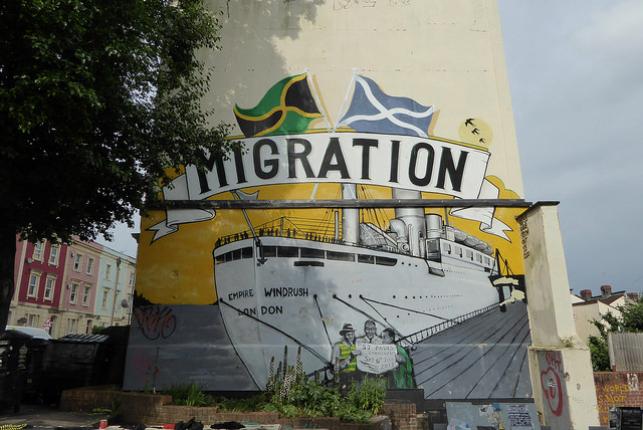 A FORMAL APOLOGY from the UK Government to a mere 18 members of the Windrush generation who are believed to have been wrongfully removed or detained has been met with concern from Amnesty International, which has described the government’s approach as narrowly focused and “worrying”.

In a statement released on Tuesday [21 August] by the Home Office, Home Secretary Sajid Javid said that the 18 individuals in question had been identified during a review of almost 12,000 cases of detention and removal, instituted following controversy over the unjust treatment of Windrush immigrants earlier this year.

According to Javid, 11 of the 18 individuals left the UK voluntarily, while seven others were detained and subsequently released without being removed. Evidence has suggested that they came to the UK from the Caribbean prior to 1973, and while their stay was permanent, were unable to demonstrate their continuous residence.

Javid said: “The experiences faced by some members of the Windrush generation are completely unacceptable and I am committed to righting the wrongs of the past.”

“I would like to personally apologise to those identified in our review and am committed to providing them with the support and compensation they deserve.

“We must do everything we can to ensure that nothing like this happens again – which is why I have asked an independent adviser to look at what lessons we can learn from Windrush.”

Since their identification in the review, the Home Office has reportedly been in contact with 14 of the 18, and is attempting to contact the remaining four.

However, the human rights organisation Amnesty International has signalled its dissatisfaction with the government’s apology, which it has characterised as an insufficient recognition of the number of people affected.

Steve Valdez-Symonds, Amnesty International UK’s Refugee and Migrant Rights Programme Director, commented: “The Home Secretary’s apology to just 18 individuals is worrying and brings into question whether the Home Office has a realistic grasp on all the people it has wrongly detained and removed following the exposure of its appalling treatment of the Windrush generation.

“The Government’s focus remains narrow, casting doubt on its willingness to learn the full lessons of what has gone so badly wrong.” Amnesty International UK Refugee and Migrant Rights Programme Director Steve Valdez-Symonds

“The Government’s focus remains narrow, casting doubt on its willingness to learn the full lessons of what has gone so badly wrong. Refusal to recognise the rights of people entitled to live in this country continues even now.

“Among those being denied their rights are the thousands of children, many born in the UK, who are blocked from claiming their British citizenship rights because of a profit-making fee they cannot afford.

“The Government should urgently change tack, properly scrutinising the myriad ways in which its policies and practices continue to wrongly treat people as if ineligible or unentitled to be here and do all it can to ensure that people both know and can claim their rights.”

Labour MP David Lammy, who has been vocal in his criticism of the UK Government regarding the Windrush scandal, added that the apology was “a drop in the ocean.”

According the findings of the review which identified the 18 individuals cited in the UK Government’s apology, a total of 164 members of the Windrush generation may have been wrongly removed or detained. This was not addressed in Javid’s comments.