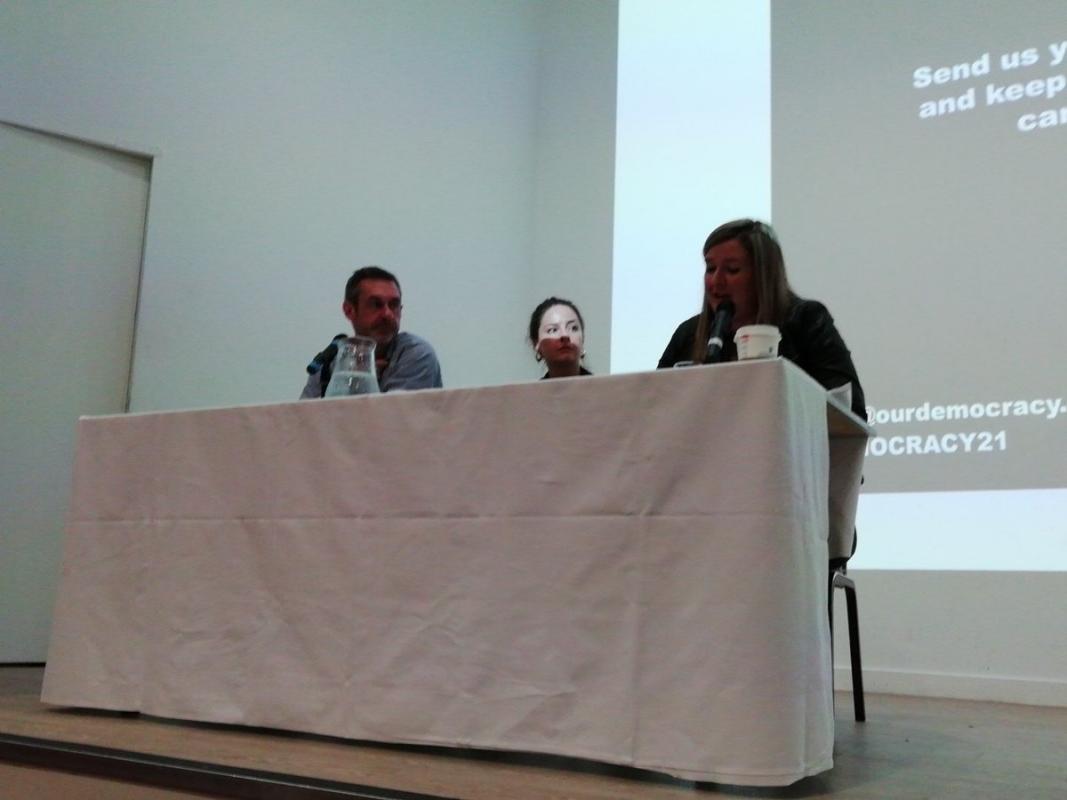 MAJOR POWERS should be devolved to local communities, argues a new declaration launched today [23 June] at the #Democracy21 conference in Glasgow.

Backed by the Electoral Reform Society Scotland and the ‘Our Democracy’ coalition – which includes groups such as Common Weal, the Scottish Rural Parliament, the Democratic Society and the Citizen Participation Network – the ‘Declaration on Local Democracy’ aims to tackle what they describe as a growing ‘democratic crisis’ by calling for the empowerment of local communities.

The declaration aims to be a significant contribution to a national debate on the nature of local government ahead of the Scottish Government’s proposed local governance bill.

The Our Democracy coalition calls for councils in Scotland to be brought closer to the communities they represent, through an expanded and enshrined role for citizen involvement in decision-making, such as community planning, participatory budgeting and citizens’ assemblies on key issues.

The declaration was unveiled at the #Democracy21 conference, which saw hundreds of activists from across the Scottish political spectrum discuss and debate the current health and future potential of local democracy in Scotland.

READ MORE: Grassroots need to have a say in local democracy reform, campaigners argue ahead of ‘Our Democracy’ event

The declaration argues: “Democracy is the right for people to decide how the place where they live is run.

“First, decisions must be made for each place, in that place by the people who live there. Our towns and villages must decide for themselves just as our nation must decide for itself. Power must exist at the scale of the community which is affected. We need our democracy much closer.

“Second, the right to decide should not disappear each time the brief flicker of an election is over. Delegating our right to decide is not, in itself, enough. We must create a democracy that involves us all the time, where citizens do not just choose rulers but shape the rules.

“This is our simple vision for our future; a truly local democracy, a truly participatory democracy and a truly powerful democracy.”

Speaking at the opening of the conference, ERS Scotland director Willie Sullivan commented: “Scotland is a great teacher about modern politics. The politics here is more open and inclusive than it is in Westminster and we think that is partly to do with better electoral systems. We also know that being better at democracy than Westminster is not getting over a particularly high bar.

READ MORE: Lesley Riddoch: How not to run a local democracy

“Scotland does not escape the inequality, confusion and precariousness that is fuelling volatility across the globe, which forms the backdrop to the discussions that we will have today. This makes it clear to us that democracy is not only about elections.

“If democracy is about anything it should be about making sure that all communities in Scotland have real power – not just to stop bad things to make good things happen too.

“Democracy develops and is remade in different places for different times. It feels like democracy has gone through a cold period, the depth of that winter is open to debate but there are things happening here and elsewhere that let us plan for better times. The government is consulting on a bill for Scottish local governance and that is a source of optimism.

“We are here to build an unstoppable challenge to the centralised status quo – and to build a democracy fit for the 21st century.”

Amanda Burgauer, Chair of Scottish Rural Action, added: “It’s so important to have a voice for rural communities across Scotland. At both of the last Rural Parliaments, democracy came up top.

“Scottish government is recognising that reform is needed, and it’s encouraging to see the Community Empowerment Bill starting in the right direction.

“Communities are looking for new ways to have their say.”