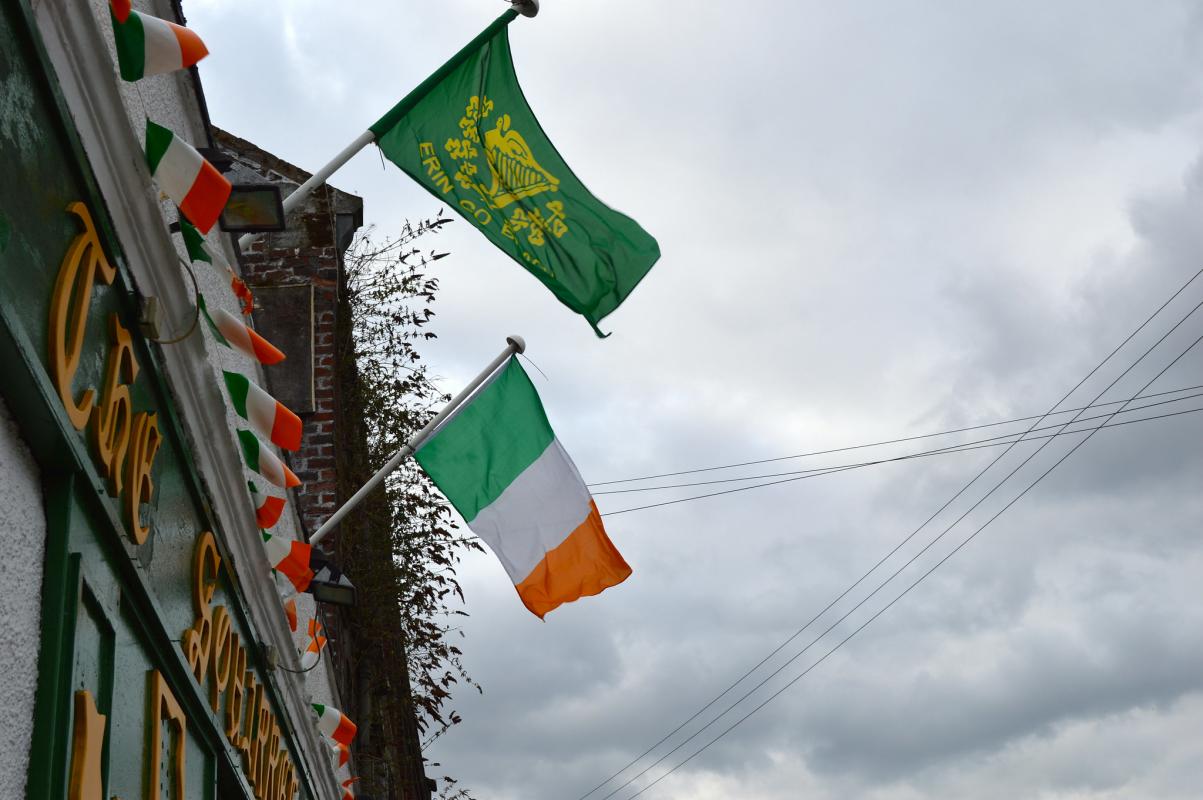 Threats to ban political expression on Ireland are out of kilter with the new realities of Brexit Britain, David Jamieson finds

CLASHES between police and loyalist groups in Govan (Friday 30 August) were the result of attempts to block a pre-planned and sanctioned march for a united Ireland by Republican groups.

Police Scotland immediately placed the blame for the scenes on the “disruption” of the loyalist groups.

In a statement they said: “Police Scotland has a duty to facilitate processions and any peaceful protest, but this kind of behaviour by persons demonstrating against the parade is utterly unacceptable.

“It is extremely disappointing to see people acting in this fashion, causing fear and alarm to members of the public as well as putting many people at risk.

“Police Scotland will undertake a thorough and robust enquiry, and take any necessary action against those found to have been causing disruption.”

This level of clarity didn’t last, and before long the weight of Scottish political tradition asserted itself.

The Glasgow City Council (GCC) statement maintained a familiar ring of vague moralising: “The council is clear that the law expects it to facilitate public processions; including those that some people oppose or find offensive.

“However, this cannot continue to be at the expense of the overwhelming majority of Glaswegians, who want nothing to do with these marches, or counter-protests.

“The city needs and wants fewer marches. We are prepared to consider any action that will protect communities from morons intent on bringing mayhem to the streets of our city”.

The ‘morons’ aren’t explicitly identified and we are invited to a ‘both sides’ style equivalence.

Yet in this specific case a pre-planned and authorised demonstration with an expressly political demand – for a united Ireland – was obstructed by loyalist groups who set up barricades in a stand-off with police.

We have to be clear in these cases, that demands for the end of the Irish border and the re-constitution of the Irish and Northern Irish states, is not a ‘sectarian’ demand. Whether it is a demand of “morons” is not for the council to say.

Former First Minister Jack McConnell also weighed in to lay blame at the door of the Scottish Government, who he said should have continued with his initiatives against “sectarianism”.

This is a word that haunts the calculated non-articulation of real issues in Scotland, and has done so for decades. It haunted the calamity of the now dead Offensive Behaviour at Football and Threatening Communications (Scotland) Act.

It features frequently in debates about the persistence of anti-Irish racism and anti-Catholic bigotry. In the ears of many people, the word sectarianism translates into ‘anti-social behaviour’. Thus hard political conversations can be forgotten for moral judgement.

A tradition of ignorance

It is a disease of Scottish politics that it has never been able to discuss the events of its neighbouring country. An uneasy silence typically surrounds the British states’ – and particularly Scotland’s – involvement in Ireland’s affairs.

Scots have been key players in the island of Ireland for many hundreds of years. This included involvement at the time of ‘plantation’ in the north of Protestant farmers, many from Scotland.

It included maintenance of the British Empire in the country including during the years of war in which millions of Irish people rejected the presence of British troops and its administration.

And it was true during the so-called ‘Troubles’.

None of this is ever communicated to people living in Scotland. Many young people are questioning, for the first time in their lives, the peculiarity of the border in Ireland, the persistence of community divides and the instability of institutions like Stormont – which hasn’t met in years.

The need to blanket all discussion about conflicts in Ireland and their mirror in anti-Irish racism and anti-Catholic bigotry in Scotland with words like ‘sectarianism’, ‘thugs’ and ‘morons’ is primarily an avoidance technique.

These are dangerous times for democracy.

Plans for unelected governments, suspicion of the electorate and the suspension of parliamentary activity have become normalised.

Brexit threatens to generate more instability in Northern Ireland. The dysfunction at Stormont and changes at the border are re-animating debates about a united Ireland.

That debate is now a feature of our democracy. It cannot be brushed aside with the same old lazy slurs and false equivalences.

Nor can, or should, “marches” be banned. It is unclear what GCC mean by “fewer marches” or who that would include – the issue became a prominent one due to the campaigning of Call It Out against loyalist marches past Catholic churches following an attack on Canon Tom White of St Alphonsus church in Glasgow last year, but the Council has only pushed hard for legal changes at Scottish Government level following the Republican march on Friday. But almost no matter how it would be implemented, it is hard to see how it could not add to the erosion of democratic life.

As the general crisis rolls on, plain speaking is now at a premium. Attempts to enforce the Scottish political tradition of not discussing matters a thin stretch of water away will prove corrosive.