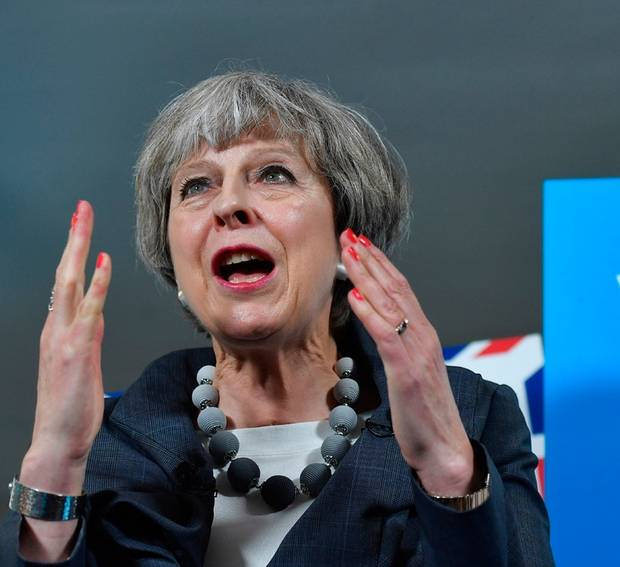 From the legality of the military action to the effectiveness of the strikes, Theresa May still has plenty of explaining to do

Following lengthy reiterations of the UK Government’s position on the nature of the intervention and the circumstances surrounding it, questions remain unaddressed by the government’s self-justifications. CommonSpace looks at the four key questions May must answer.

Why did the UK and its allies not wait for an OPCW investigation to take place?

Theresa May has faced criticism for authorising this weekend’s strikes before inspectors for the Organisation for the Prohibition of Chemical Weapons had conducted inspections and reported on their findings, given that the stated rationale for the military action hinged upon the use of chemical weapons.

In his public letter to the prime minister on 14 April, UK Labour leader Jeremy Corbyn wrote: “Given that neither the UN nor the OPCW has yet investigated, it is clear that diplomatic and non-military means have not been fully exhausted.”

Corbyn went on to seek assurances that there will be no further bombing raids while OPCW are on the ground in Syria, and that the inspectors are allowed to conduct their inspections without hinderance.

Conflicting accounts have been traded regarding the difficulties faced thus far by the OPCW.

At present, their investigators have not yet visited Douma, the site of the alleged chemical weapons attack. Based on the most recent update from the OPCW’s director-general, the organisation told its Syrian delegation on 10 April that it planned to deploy investigators “as early as possible”. The Syrian and Russian Governments then echoed a request from the OPCW Syrian delegation that the investigation begin.

However, the team has not yet been deployed, as Syrian and Russian representatives cited pending security issues, adding that such a deployment had been delayed by Saturday’s airstrikes.

In her statement before Westminster earlier today, May contended there was an ongoing attempt by the Syrian Government, backed by the Russians, to cover up evidence of the use of chemical weapons. Earlier, the Kremlin had already denied blocking access to the OPCW or tampering with the sites to be inspected.

May also cited the Russian veto against an investigation at the UN last week as evidence that future investigations would be stifled, and said the UK Government was confident in its own assessment of the Syrian Government’s culpability.

Responding to Corbyn’s insistence on the OPCW finishing its work before military action is countenanced, May said: “This process did not work.”

However, it remains unclear why military strikes – which could potentially be used as an excuse by the Syrian Government for delaying the chemical weapon investigations – were authorised before the most recent delays to the OPCW had become clear.

Were the strikes legal under international law?

Theresa May today defended the legality of Saturday’s “targeted and limited” strikes. May also cited prior military action against Syria, particularly by the United States last year, as evidence of a legal precedent.

However, earlier on Monday, Labour released legal advice which argued that the British strikes were “not in accordance with the United Nations Charter and international law,” prepared by Oxford professor Dapo Akande.

Akande said: “International law does not permit individual states to use force on the territory of other states in order to pursue humanitarian ends determined by those states.”

The position that the US/UK/French strikes were illegal under international law is held by many outside of Labour.

Former Bush administration Jack Goldsmith and Yale international law professor Oona Hathaway recently wrote that a state’s use of chemical weapons against its citizens does not automatically allow other nations to carry out retaliatory bombings.

Additionally, the Chemical Weapons Convention’s enforcement procedures do not allow provisions for single nations to retaliate against countries in violation of the Convention, while the UN charter does not allow for unilateral “humanitarian interventions”.

As of yet, the UK Government, along with its French and America allies, have not addressed the apparent contradictions between their actions and international law.

Why was military action not subject to parliamentary scrutiny?

Given that Theresa May’s government has broken with the post-Iraq convention that the UK Parliament be given a vote on the use of military force – as it was in 2013 when the UK Government under David Cameron was defeated on a potential intervention in Syria – the prime minister has faced widespread criticism for not seeking parliamentary approval before taking action, both from opposition and Conservative MPs.

Speaking on the BBC’s Today Programme, International development secretary Penny Mordaunt stated: “You cannot ask parliament to make decisions without the information necessary to make those decisions,” arguing that it was impossible for sensitive information relevant to potential military action to be shared with every MP.

This was backed up by May in parliament today, who nevertheless said she would be as “open as possible” with MPs.

Nevertheless, May’s statement before parliament today has been attributed by some to a request from the SNP, submitted on Friday, which left ministers with no choice but to accept demands for a parliamentary debate.

The lack of parliamentary scrutiny was again raised by SNP Westminster leader Ian Blackford, who earlier said that the prime minister had “no majority or mandate for military action.”

Despite accusations that May’s government avoided a parliamentary vote in order to avoid an embarrassing defeat similar to that of David Cameron’s in 2013, May has argued that the 2011 convention which requires a parliamentary vote before British troops are committed allows for exceptions in emergency cases when such votes were not possible.

And yet, if such a debate could take place today without revealing sensitive or classified information, why could it not take place prior to the strikes?

How effective were the strikes?

Speaking before parliament, Theresa May repeatedly said that the strikes were limited, were not intended to lay the groundwork for regime change and were focused solely on humanitarian concerns via degrading the Syrian state’s ability to employ chemical weapons.

According to BBC security correspondent Frank Gardner, “Whitehall officials say the aim of launching strikes against Syria has been to deal a big enough blow to the Assad regime that it deters it from using chemical weapons again – but not so big as to alter the course of the Syrian conflict or draw retaliation from Russia.”

Analysing the strike, The Guardian’s Defence Correspondent Ewan MacAskill said: “Assad could well be relatively happy with the outcome and the impact on him may be even less than the US raid last year. Most of his air force, as well as helicopters allegedly used to deliver the chemical weapons, remains intact.”

It remains to be seen whether this has been successful, and Theresa May’s comments in parliament today offer no proof that this weekend’s actions have been successful in their stated intentions.

As May pointed out repeatedly before the House of Commons, the Syrian Government’s reported chemical weapons capabilities have been degraded, not eliminated. Despite prior military retaliations against Syria, it has continued to face accusations of the use of chemical weapons. Why should these strikes be effective where others have failed?