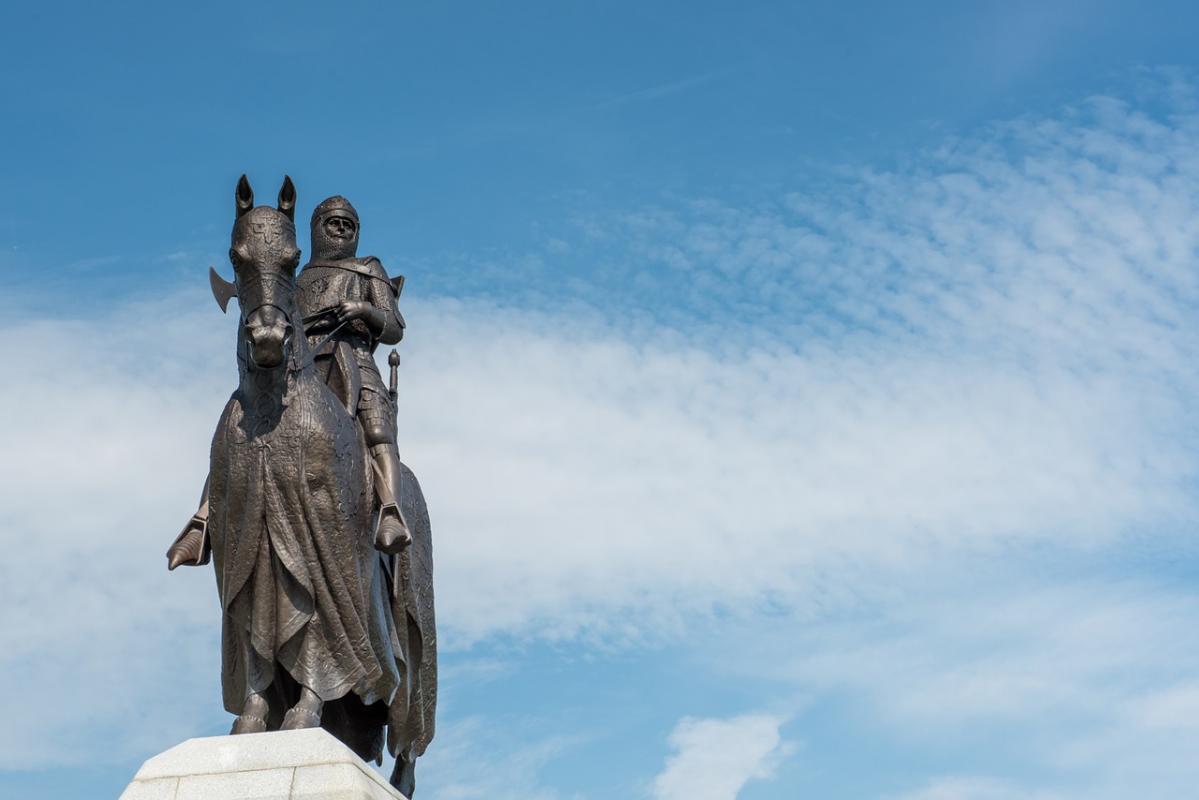 Robert the Bruce created a public debate about Scotland’s history being shown in cinemas – but have we exhausted the medieval Scotland mine?

THE dust is finally settling on an episode that might be more cynically described as a successful marketing campaign than a controversy.

Robert the Bruce, with a little help from everything from Twitter consternation to some MSPs, will now been shown in most of Cineworld’s cinemas across Scotland. It was probably the case that the film was initially overlooked for the same reasons most small to medium budget independent films are – and we might ask ourselves what wider reforms could foster a better film industry.

But here we ask; what does our fascination with an image of Scotland’s past restricted to blood-soaked über-men tell us about the ideas of Scottish society projected through the centuries?

And what might a film industry invested in exploring Scotland’s real history produce?

The Victorian fascination with barbaric Scotland

In the Victorian period, Scotland and particularly the still-quite-recently subdued Highlands became a major fascination in British culture. Perhaps one man more than others was responsible.

Walter Scott’s contribution to literature was contradictory. On the one hand it dramatised simplistic Scottish national characteristics, many of which are with us to this day – spirited highlander lassies and sober lowland misers, statuesque northern manhood laid low by anger and irrationality.

But his romantic historical fiction also worked hard to put the conflicts of Scottish society to rest – to place the violence and turbulence of Scottish history into an past epoch which was incompatible with the modern world. He did so with an eye to the politics of his present. The Jacobites could be romanticised because they no longer presented a serious challenge. The threat of military uprising for the Stuart cause was defunct.

The growing threat in Scott’s time was a new democratic radicalism, embodied by the French Revolution and enjoying British – including some Scottish – allies.

The Victorian fascination with a Scotland wild and resisting the bridle of the emerging integrated British state, allowed the conservative middle and upper-classes to experience a vicarious manhood many felt denied by new strictures.

As Professor Philip Allingham has put it, Scott’s novels centre on the: “contrast between the nostalgic yearning for a heroic and romantic past and the necessary acceptance of England’s respect for the authority of law for Scotland’s future. The conflict between these national characteristics, as in many of Scott’s novels, is the cause of the tragedy. The deep-seated national pride, the rugged independence and individualism, and heroic determination of the Highlander fall to the disciplined power of the English.”

Liam Neeson’s Rob Roy (1995) MacGregor was a classic of the genre. Indeed, it is every inch Scott’s account of Highland mystique, and is largely based on his novel.

But the greater influence in Scottish on-screen culture is the medieval period.

The latest Robert the Bruce film aptly demonstrates the continued enthusiasm for films set in the wars of independence, portraying as it does, similar themes to those of Outlaw King (2018).

Both follow, in different ways, the lead of Braveheart (1995), a massive cinematic success and something of a modern cultural watershed in Scotland.

That film’s director and star, Mel Gibson, is – to be charitable – a deeply troubled man. His films exhibit an endless obsession with extreme violence and gore, torture and persecution, and with delimiting the strict boundaries of manhood – often at the expense of gay characters in particular. These tendencies reached their zenith with the almost unmatchably cruel The Passion of the Christ, but they were already on full display for Braveheart – a film in many ways the prototype for ‘The Passion’.

Gibson’s macabre neuroses meant that he was the perfect minister to Scotland’s sense of bridled, maligned dignity. But they also allowed him to exhaust the genre.

And, despite the spectacle of the modern form, these films clearly draw their character cues from the romantic arsenal. It doesn’t require a literary critic or a psychoanalyst to understand that a big bloke bellowing and charging across open field at the English with his big chopper in his hand represents more a deficit than a surplus of self-esteem.

The wars of independence now thoroughly immortalised, why not move on to some of the other formative experiences of Scottish nationhood?

Can we put the real Scotland on film?

There are, of course, important senses in which the wars of independence would demarcate the future territory and claims of sovereignty in a Scottish nation state. But they tell us relatively little about the modern society.

Consider what has been neglected; There has been no big screen treatment (and little on the small screen for that matter) of the Scottish Reformation – an event which revolutionised Scottish society, redrawing entire modes of social and cultural life in short order, distinguishing the country from the rest of Europe. It was also, like much of this list of omissions, an almost unbelievably dramatic episode of Scottish history, prime material one might have thought.

Entire episodes of Scotland’s intellectual and cultural ferment have been ignored by film makers. Can we really spare drama against the backdrop of the Scottish Enlightenment or the Scottish literary renaissance? Why not a biographical study of Adam Smith, or a ‘Whithnail and I’ style farce with a Hugh MacDiarmid or Helen Cruickshank?

Recent years have seen a major revival of films exploring industrial disputes in England and Wales – with blockbuster titles including Billy Elliot, Brassed-off, Made in Dagenham and Pride to name just a few.

By comparison, Scotland’s history of working class militancy almost never appears on the silver screen. Where is our social realism dealing with the UCS work-in, mining in Scotland, the Lee Jeans strike or the recent Glasgow equal pay victory? Imagine the epic scale of a film about the Glasgow rent strike or Red Clydeside.

There’s a darkness to Scottish history as well; its involvement in the Plantation of Ulster, and Scotland’s elaborate culture of anti-Catholic and anti-Irish discrimination. How can Ireland have produced such a wealth of big screen explorations of ‘The Troubles’ and Scotland have enjoined so little filmic introspection addressing its key role? Scots could know their own history much more intimately and profoundly, were we regularly presented with its real depths.

Scotland’s history really is fascinating, conditioned as it is by a rich tradition of democratic rebellion and scarred by displacement, oppression and exploitation. It deserves a showing.