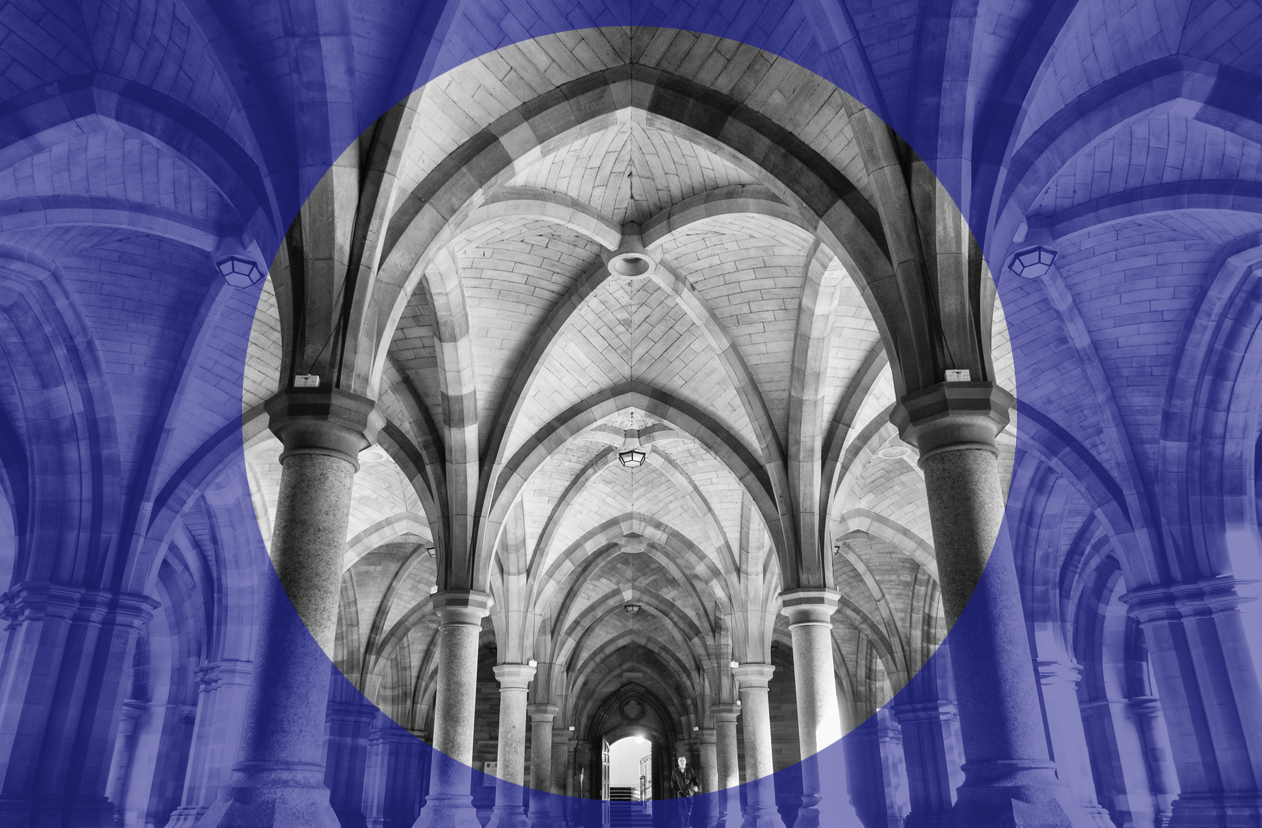 “Already by the start of September, students are arriving at Scottish campuses for the most extraordinary academic year in living memory.”

IN AUGUST, in one of the first great institutional meltdowns of the pandemic era (there will, presumably, be more) education systems across the UK were engulfed in controversy. Official moderation efforts reduced student grades sharply, undermined the impromptu scheme of teacher assessments which largely replaced examination, and brutally exposing the class nature of student attainment inequality.

As is so often the case in modern politics and public affairs, the immediate solutions to the crisis asked more medium and long-term questions than they answered in the short-term. There are at least two such questions already discernible from September 2020 – what does this mean for the future of schooling (and particularly grading), and what does it mean for Scotland’s higher and further education system?

Though it was the most immediate focus of the crisis, the status of examinations, their alleged character as anachronisms in the modern economy, and the highly class-prejudicial outcomes they consistently deliver, may paradoxically become a more long-run debate. There is no suggestion in government circles, either in Scotland nor elsewhere in the UK, that the immediate stop-gap measure of grading by teacher estimates is a desired or lasting reform.

In Scotland, where the affair undercut the Holyrood government’s repeated claims that closing of the attainment gap was its key priority, education campaigners quickly establish Exam.scot as the key forum for debating the future of examinations and education in Scotland’s schools.

Education writer James McEnaney, one of the website’s founders, told Source that the time for a serious debate about how we adjudge student performance and outcomes had arrived: “We should definitely at least be talking about moving away from our current model of exams, which is out of date, unreliable and ultimately unfair. It is conceivable that a whole system could be built entirely around professional judgement alone, but some sort of hybrid is likely to offer a better balance.”

Debates about the efficacy and fairness of examinations have raged. Critics fear they are a key component in creating the so called ‘attainment gap’ in schools, focusing in on select and not necessarily vital skills in the repertoire of students.

The crisis, he says, may have simply solidified an appreciation of how the current education system workers to reproduce class inequalities: “When people see the reality of the system, and how it bakes in disadvantage, they don’t like it,” adds McEnaney.

But this new perception, demonstrated by teachers, students and parents alike, will face a backlash from established institutions: “I expect there will also be a huge amount of pressure to shove everyone back towards the status quo and just pretend that none of this really happened.”

The debate about schooling exams will rumble-on, generating who knows what rows in future. But in the immediate period it is the impact on the college and university sector that is focusing the minds of policymakers, students and workers alike.

Already by the start of September, students are arriving at Scottish campuses for the most extraordinary academic year in living memory. Not only has the pandemic upended the traditional rhythms of campus life, but August’s grading debacle has widened university and college entry to historic levels. We do not know how many additional university pupils there will be enrolling at first year level in 2020 – but the SQA estimated in August that the figure would be between 3,500 and 4000, and most of these from working-class backgrounds, therefore likely to require more financial assistance to fully participate in study.

The university sector has called for £25 million per year to cover additional costs. The National Union of Students (NUS) Scotland, charged with protecting student access and welfare, is making yet more demands to make sure the needs of new students are met. Speaking to Source, NUS Scotland President Matt Crilly warned that the student support system is already inadequate:

“What we are really worried about is, what’s there for them [students] when they step through the door of college or university. The student support system in Scotland has been inadequate for quite a long time. As a former student president at Strathclyde [Univeristy] it was pretty common to have students approach me who were homeless, didn’t have a place to stay, couldn’t put food on the table.

“I’m genuinely terrified as to what is about to take place next year, with the economic consequences of Covid-19.”

His first worry is student jobs: “Baked in to student support services in Scotland is the presumption that students will work no more than 10 hours [per week] alongside their studies. You are expected to have a part-time job alongside your course at university or whatever. Now, if we look at the areas of the economy that have been hit the hardest by the pandemic, it’s things like the hospitality sector – restaurants, bars, pubs – retail, tourism, the kind of areas of the economy where students find their part-time work, their summer work to go along with their studies and really to get them through their studies.”

Then there is the problem of student accommodation, and what happens to residents contracts should further waves of the virus cut off teaching: “Our hope next year is that students aren’t necessarily tied in to contracts,” Crilly says.

So what we have is an expanding cohort of working-class students, with a diminishing number of jobs to get them through studies, and a supply of potentially unaffordable student accommodation. It’s a heady mix, and one that Crilly believes could result in a restive student population: “I certainly hope that we have an enthusiastic and radical bunch of students coming through.”

Many of them, presumably, will have experience of protesting either in the huge school climate strikes, or in the protests to demand their teacher-assessed grades.

None of this is small beer. This year, around one in ten of the Scottish population are enrolled in higher and further education. The university sector in particular is big money. All these new challenges come just as the sector is gripped by a financial crisis.

What is clear is that the pandemic impacts are already being acutely felt in an education system that was already riven with problems of inequality. It will remain a contested terrain for years to come.