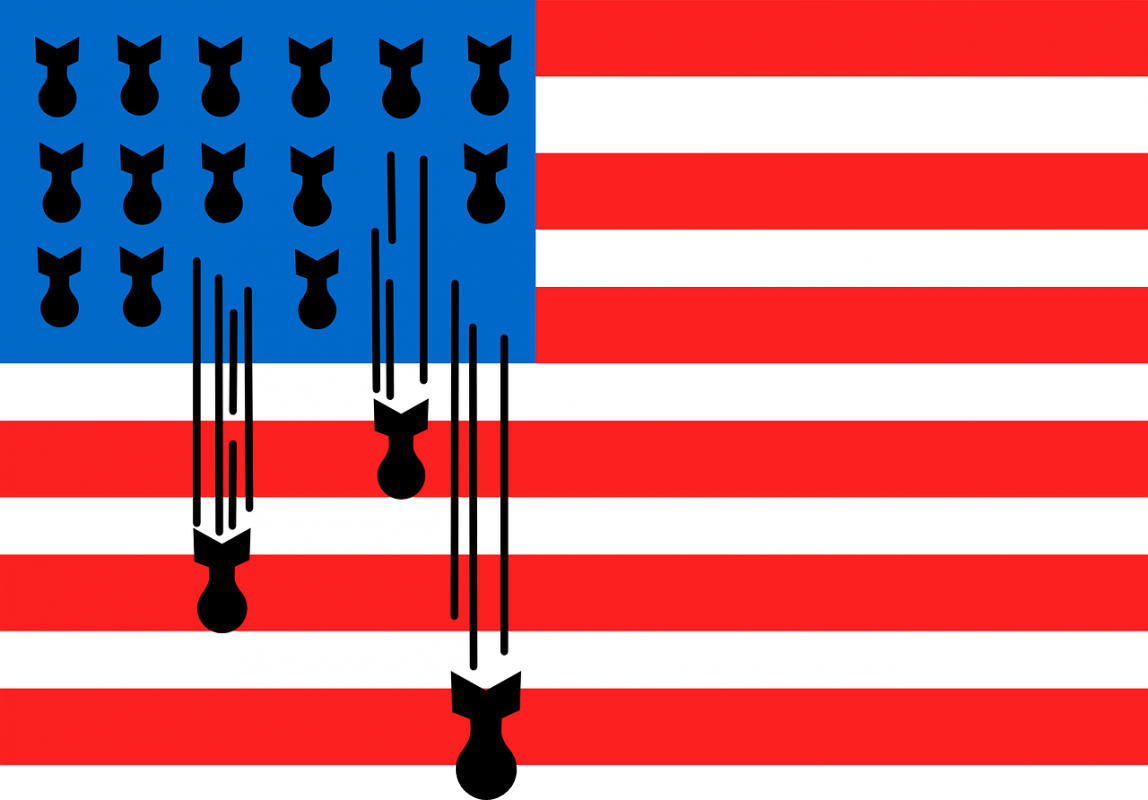 US President Donald Trump’s lacklustre statement (8 January) in response to an audacious Iranian missile strike on US bases in Iran was a telling moment for the loss of America’s self-confidence in the Middle East.

Trump’s offer of fresh sanctions was specifically designed to de-escalate the military stand-off which has resulted from Trump’s assassination of General Qassem Soleimani, Iran’s leading military figure and now a celebrated national martyr.

However, the climbdown brings the US’s Nato allies deeper into the frame. In his statement, Trump specifically called for the military alliance to “become much more involved” in the most fraught area of the world. He also called upon the UK directly to play an expanded role.

As the US’s global hegemony continues to slip, part of its strategy appears to be relying more heavily on its Nato allies – and that means Scotland too.

Neither the US nor Iran got much good out of a terrifying stand-off. The US lost face, and what remained of its tattered legitimacy in Iraq – itself recouped through joint offensives against Islamic State, fought alongside Soleimani and his allies.

Iran lost the charismatic architect of its so-called “forward defence policy” – the extension of alliances and proxy forces throughout swathes of the region.

Both Iran and the US stopped short of a full military confrontation that neither side wanted. Both have domestic ramifications to think about. Trump came to office promising a more isolationist foreign policy, less wasteful of US blood and treasure in the Middle East.

The Iranian street undoubtedly wanted retaliation in the days following the assassination. But the Iranian leadership did not want to provoke a war against a much more powerful adversary.

And yet, a stalemate is not always a draw.

The United States instigated the crisis with an assassination that trashed its pretensions to moral superiority and respect for the rule of law. Having birthed the crisis, it quickly looked out of its depth. US forces in neighbouring Iraq were exposed not only to retaliatory attack, but the anger of Iraqi hosts, who through a unanimous parliamentary vote called for foreign forces to leave the country.

In the end, Iran fired the final shots, leaving an apparently divided and rather bewildered US elite to de-escalate first. The upshot of the affair is that Iran will probably now press ahead with its uranium enrichment programme, unhindered by a now deceased deal with the West. Sanctions will be re-imposed, but Iran has weathered them before.

The final irony is that the killing of Soleimani has probably come at just the right time for the Iranian ruling elite, who were struggling against protest movements at home and abroad – prompted by the economic pain at least partly caused by earlier sanctions. Now, a unity of purpose and feeling seems to have sidelined these issues.

A long grudge of Trump’s is the supposedly lacklustre support of his Nato allies. It is this complaint, congruent with his ‘America First’ policy agenda, which has led him to tour Nato members demanding greater commitment in funding and troops.

His demand is for more involvement from Nato members in the Middle East, where they are already heavily involved in fighting Islamic State (and, perforce, the wider balance between powers in the region).

Underpinning all US foreign policy regimes in recent years has been two realities: firstly, the US global hegemony that makes it the single most powerful empire the world has ever known, with unprecedented reach, and secondly, the long slow decline of this hegemony, with the emergence of rivals. This has been true of Presidents Bush, Obama and Trump – and all have pursued military foreign policy to make up for slowly receding economic, diplomatic and cultural power. Nato countries are increasingly finding themselves deployed to clean-up the spatter of US foreign action, and to hold down populations in apparently endless occupations, as in Afghanistan.

On the same day as his demure statement in response to Iranian retaliation, Nato chief Jens Stoltenberg “agreed that NATO could contribute more to regional stability and the fight against international terrorism”. The breadth of the language might worry Scots, whose elected representatives – both sides of the constitutional divide – largely support Nato membership. Contributions to “regional stability” could mean anything. And “terrorism” here could refer to a range of actors – including states – as the word has been known to wander.

The changing nature of Nato will eventually force all members, or rather the populations of the member-states, to consider how committed they are to continued US leadership of the world.