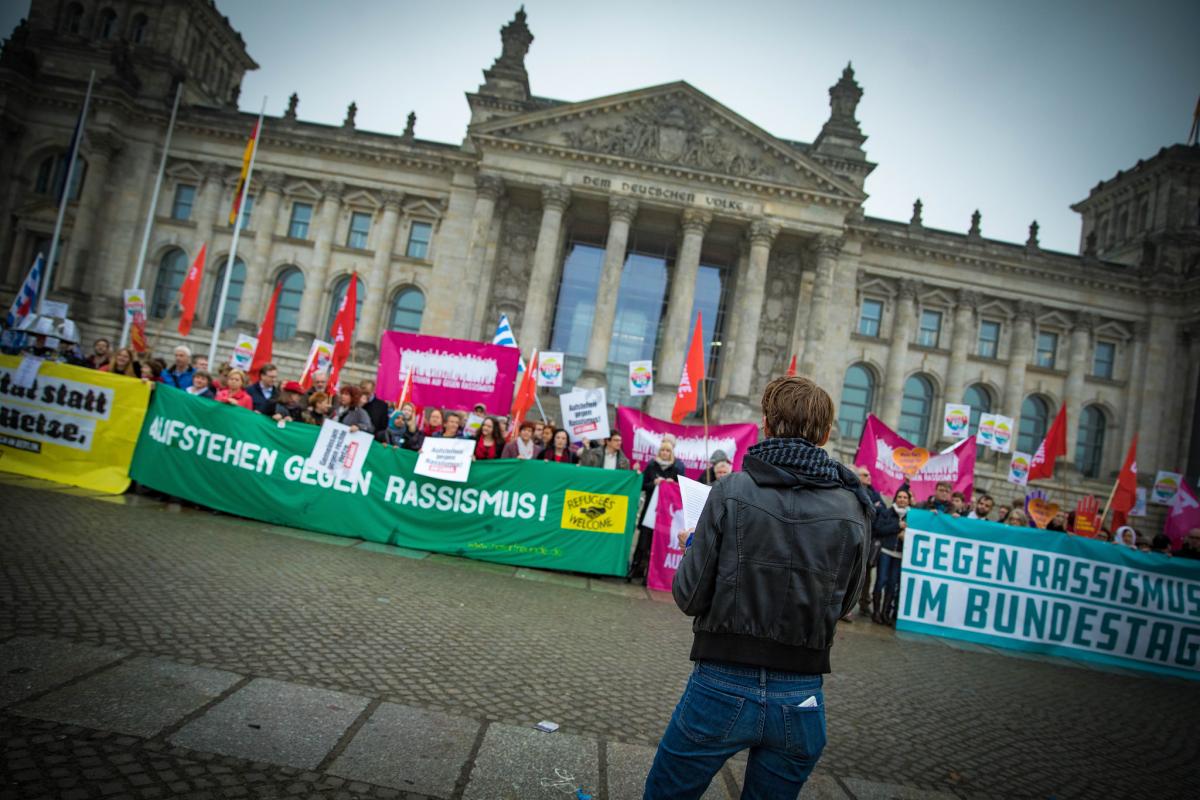 While the UK Conservatives continue to bicker and infight over post-EU Britain, the Brussels ship continues to sink. CommonSpace examines major political developments on the Continent.

BORIS JOHNSON accused Theresa May of entering the Brexit battle with the EU leadership “with the white flag flying” on Monday, opening a fresh battle over the direction of ‘Global Britain’. The issue of Europe has set the Tory right and centre at each other’s throats as we enter a crucial phase in the EU negotiations.

Chaos over Britain’s post-EU future can distract from the worsening state of the EU’s present situation. The debates rage about what kind of continued relationship we should have with the EU, or whether we shouldn’t just have a second vote to stay in. But these debates are often oblivious to the crisis of the institution itself.

The rise of the far right

If the Sweden Democrats manage to win their projected 20 per cent vote share in the forthcoming Swedish elections (9 September), this will confirm the Nordic countries, long a model for many on the left in  Europe, as a major growth area of the new far right. They will join the Danish People’s party on 21 per cent in the last election and The Finns in Finland on 18 per cent.

As tends to be the case with the new breed of nationalist, xenophobic and populist parties, openly fascist street movements are growing in their wake and there are now a slew of these working together, trying to build a ‘trans-Nordic’ fascist movement.

But it would be difficult at the moment to identify distinct ‘problem areas’ with the growth of the far right at this point because it has spread almost everywhere.

Indeed it is easier to point to the countries where the new right hasn’t yet made a serious breakthrough. Alternative for Deutschland won 12.6 per cent in Germany in the last election, the French Front National 13 per cent (though the party leader Marine Le Pen won 34 per cent in the presidential run-off), Czech Freedom and Direct Democracy 11 per cent,  Austria Freedom Party 26 per cent, Swiss People’s Party 29 per cent and 17.4 per cent for The League in Italy, members of which have entered government.

Quite contrary to a common perception of Britain as uniquely regressive, the UK is one of few European countries where the far right continues to wallow in a malaise – although a summer street movement based around the figure of Tommy Robinson did show at least potential for such a movement if it isn’t halted.

Migration and the return of Europe’s borders

Pundits routinely blame the movement of refugees into European countries for the rise of far right and racist organisations. And it is true that the far rights propagandists have used refugees and other migrants to whip up fears about crime and terrorism.

But in many ways the biggest issuers of respectability to the new far right are the EU leadership and member state politicians themselves. All across Europe, including in its wealthiest and most stable countries like Germany and Sweden, the political centre have cracked down hard on inward migration.

Freedom of movement within the EU has led to the one area of immigration national politicians control – that of non-EU immigrants – being used in increasingly draconian ways. It is difficult for the political establishment to resist racist calls from the far right when it is rounding up refugees in squalid camps and failing to prevent them from drowning in the Mediterranean.

Can the currency survive?

Since the 2008 crisis the Euro has become an increasingly fragile institution. It had since its introduction in 1999 only helped to accentuate the economic division of Europe into a core – France and Germany – from a periphery in Southern and central Europe.

The Euro has many problems, but central to them is that it robs national governments of the ability to organise the currency to the benefit of their economies. Instead powers normally meant for central banks (and more besides) are concentrated centrally in institutions like the European Central Bank (ECB). Germany’s stronger export economy is strengthened from having weaker import economies like Greece and Italy keep its currency value low, while Greece and Italy have an artificially expensive currency, making their goods expensive to export. There is no fiscal redistributive mechanism structured into the Euro to redress this fundamental monetary imbalance.

But perhaps most disastrously it also allows the ECB and other central institutions to make profound political interventions into member states. The most dramatic and unpopular of these included the coercion of Greece into accepting the 2015 bailout package in the teeth of public protest and a referendum which voted to reject ‘the Troika memorandum’. The ECB, directed by the unconstitutional EuroGroup of Eurozone Finance Ministers, specifically worked against the interests of the Greek economy by shutting off liquidity to its banks, something fundamentally against the ECB charter’s principles. Such undemocratic measures also includes the forced dissolution of the Italian Government in 2011 to be replaced by Mario Monti’s technocratic regime to force through austerity measures.

Perhaps the greatest relief for the Euro and the EU leadership at this point is that far right parties with traditional hostility to EU institutions and the EU in particular have often abandoned these positions once in or close to power. Le Pen dropped much of her oppositional posture in her bid to be French President. Both The League in Italy and their government partners the populist 5 Star Movement have likewise moved away from plans to ditch the Euro. Syriza did likewise in Greece. But since none of the underlying structural problems of the Eurozone have been addressed, and since the banking systems of ‘the PIIGS’ remain vulnerable to another financial crisis – some say the Italian banks (fourth largest economy in Europe) have particularly poor balance sheets – it is unlikely that a crisis in the Eurozone will not flare up again.

With a bang, or a whimper?

Not only is the far right growing fast but also a new left is rising across Europe – if very unevenly. Increasingly young European activists are disillusioned by the EU, and there is more talk in core European countries like France and Germany of refusing to co-operate with EU institutions from the left, including La France Insoumise and Podemos in Spain, who have both participated in a Plan B European conference examining an alternative to the EU if Brussels remains unwilling to reform.

Where the political centre has rallied, like through Macron’s election landslide in France, it has quickly dissipated in popularity (with only slightly better poll ratings than his predecessor Francois Hollande, who was the most disliked French President in recent history). Onetime centrist titans Angela Merkel in Germany is retreating in the face of new threats – she increasingly looks like a figure of the past, unable to command the same leadership in Europe that she once did.

There are, therefore, few parts of Europe where the EU project is finding new forces to fight its case.

Former Greek Finance Minister Yannis Varoufakis, who tried and failed to extricate Greece from economic torture administered by EU authorities, has argued that one possible scenario is that the EU doesn’t go entirely, but retreats from its current spread across destabilised areas of periphery and back to some elements of the core in Northern and Western Europe.

But the Brexit vote, with the threat of the loss of 16 per cent of the EU economy, and the disordered state of Italy, the bloc’s 4th largest economy, let alone the incursion of openly fascist politics into even Germany, as seen recently in Chemnitz, strongly indicates that the core is vulnerable as well.

Regardless of what the process of disintegration looks like, it is being discussed as a real possibility. The UK is therefore furiously debating an institution that may be one thing today and something unrecognisable the next. If we were to jump back on the EU ship as those advocating a People’s Vote want, would it be one that is sinking?