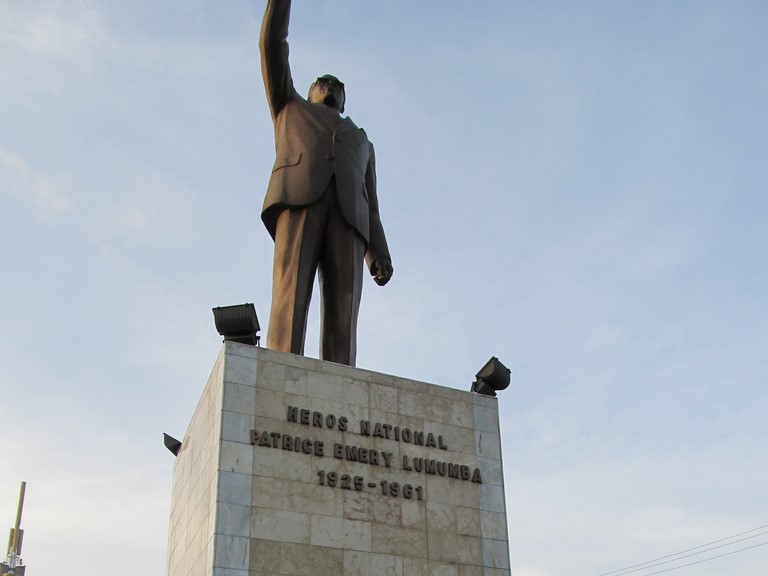 WHEN the Congo finally achieved its independence from Belgium on June 30, 1960, following the electoral victory of the anti-colonialist Mouvement National Congolais, the occasion was marked by what – initially – appeared to be a carefully stage-managed compromise.

During the national Independence Day ceremony at which he was permitted to give a speech, King Baudouin of Belgium spoke as though the Congo’s newly-achieved sovereignty was less of a national liberation than a transition from one acceptable state of affairs to another. He spoke warmly of the progress made by the Congo under colonial rule, praising the “genius” of his great-granduncle Leopold II.

Leopold’s “genius” lay in his success as an empire-builder long after the so-called ‘rush to Africa’ by the European imperial powers was over, establishing Congo as a Belgian colony in the late 19th century and assuming personal ownership of vast territories within it, the resources and profits from which served to increase his own wealth. His successor did not see fit to mention that; the atrocities committed during the existence of the Belgian-controlled Congo Free State – the forced labour, mass mutilations, and policies of economic exploitation that in Mark Twain’s estimation cost 10 million Congolese deaths – were similarly skipped over.

Instead, King Baudouin preferred to offer some friendly, paternalistic advice to the newly independent nation: “Don’t compromise the future with hasty reforms, and don’t replace the structures that Belgium hands over to you until you are sure you can do better. Don’t be afraid to come to us. We will remain by your side, give you advice.”

“It was a noble and just struggle, and indispensable to put an end to the humiliating slavery which was imposed upon us by force.” Former Congolese prime minister Patrice Lumumba

While many of the Congolese politicians in attendance remained civil – though perhaps through gritted teeth – the newly-elected prime minister Patrice Lumumba, until recently imprisoned by Belgian authorities as an inciter of riots, decided to respond with an unscheduled speech of his own.

As “amicable” as Belgium had been during the negotiations which led up to the Congolese declaration of independence, Lumumba said: “No Congolese worthy of the name will ever be able to forget that it was by fighting that it has been won, a day-to-day fight, an ardent and idealistic fight, a fight in which we were spared neither privation nor suffering, and for which we gave our strength and our blood.

“We are proud of this struggle, of tears, of fire, and of blood, to the depths of our being, for it was a noble and just struggle, and indispensable to put an end to the humiliating slavery which was imposed upon us by force.”

For the beginning of a new chapter in history was, to Lumumba, no excuse to ignore what came before – particularly not to spare the embarrassment of former colonial masters, who did not forget or forgive the militancy of Lumumba’s position.

As the Belgian Government finally admitted in 2002, Belgium had played a role in the military coup which eventually led to Lumumba’s death. That it took so long for this long-suspected revelation to be made official reflects the uneasiness that for decades endured around Belgium’s tentative, often unenthusiastic recognition of its own imperial history – a reluctance evident in many former colonial powers.

On 30 June, there was perhaps a sign that this was changing. In Brussels, the former Square du Bastion – close to some of the city’s most ancient ramparts, as well as a significant population of the Congolese diaspora – was officially renamed the Square Patrice Lumumba, on the 58th anniversary of his country’s independence.

“Today, in the heart of the Belgian capital, capital of 500 million Europeans, by inaugurating this Square Patrice Lumumba, we begin to write our common history.” Brussels mayor Philippe Close

“Today, in the heart of the Belgian capital, capital of 500 million Europeans, by inaugurating this Square Patrice Lumumba, we begin to write our common history.”

Memorials stand in testament to history, but are arguably only effective if that history is actively engaged with and accurately remembered. In contrast to Belgium’s subsequent acknowledgement of the part it played in Lumumba’s death, others have not been so forthcoming.

Beyond the predictable CIA shenanigans that every Cold War anti-colonialist knew to expect, murky suspicions persist concerning British involvement in Lumumba’s death. In 2013, the Labour politician and Lord David Lea wrote to the London Review of Books that he had discussed Lumumba’s death with MI6 officer Daphne Park prior to her death in 2010. When Lea mentioned to Park, who was posted in Congo’s Leopoldville at the time of Lumumba’s death, that there were those who suspected MI6 involvement, she reportedly replied: “We did. I organised it.”

Whitehall may have described the claims as “speculative”, but its reticence is indicative of the inherent contradictions of a UK which presents itself as a modern liberal democracy divorced from the imperialism of British history, yet which nonetheless persists through the leftover institutions of empire. While Belgium has taken steps to reconsider its imperial past through the medium of memorials, the UK generally takes pains not to.

British cities are shrines to Victorian imperialists, slave traders, and purveyors of atrocity, whether through statues, monuments or simple street names. To take two prominent examples, London hosts statues of Sir Henry Havelock, who oversaw the execution of almost every Indian resident of Kanpur during the Indian Mutiny of 1857, and of Major-General Robert Clive, sometimes regarded as the man behind the British Empire’s capture of India itself.

While these statues may have been erected in a different era, their preservation is an ongoing concern. In 2015, despite the well-publicised Rhodes Must Fall campaign, Oxford’s Oriel College decided against removing a statue to the infamous British imperialist (and university benefactor) Cecil Rhodes, citing “overwhelming” support. Campaigner Brian Kwoba took a different view: “Cecil Rhodes is the Hitler of southern Africa. Would anyone countenance a statue of Hitler? The fact that Rhodes is still memorialised with statues, plaques and buildings demonstrates the size and strength of Britain’s imperial blind spot.”

Such a blind spot is not merely a matter of national pride; there is a dimension of contemporary relevance to acknowledging history. In 2007, then-Prime Minister David Cameron told the Jamaican parliament that it would benefit both the UK and Jamaica to “move on” from the “painful legacy” of slavery. In particular, some critics suggested, the UK Government would like Caribbean nations to move on from any discussion of reparations for British involvement in the slave trade, or for its conduct as an imperial power. Similarly, in the United States, the bitter controversy of monuments to the Confederacy reflects not just different views of history, but the racial inequality and white supremacism that persist into the 21st century, from Ferguson to Charlottesville.

A square in Belgium may not seem hugely significant – it will not establish a common veracity to historical memory overnight, acknowledge or atone for all crimes, or address the injustices and inequalities still faced by many post-colonial states. Yet such memorials can provoke discussion of that which some would rather see forgotten. For that alone, their worth is beyond question.