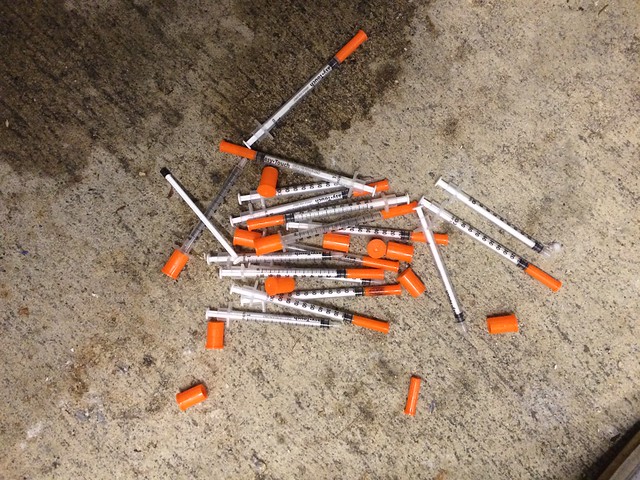 THE new figures on drug-related deaths in Scotland are simultaneously shocking and predictable.

1,187 deaths last year, 27 per cent higher than the previous year. Drug deaths have doubled since 2008, and for the first first time more people died from drugs than alcohol this year. Drug deaths in Scotland are the highest in the EU.

The situation is rightly being described as a crisis, but it’s not one that was made yesterday. While austerity has inevitably contributed to making the problem more severe, and the means to tackle it harder, this is a crisis more than 20 years in the making, with the heroin surge of the 1980s and 1990s casting a long shadow, made much worse by ‘the war on drugs’. 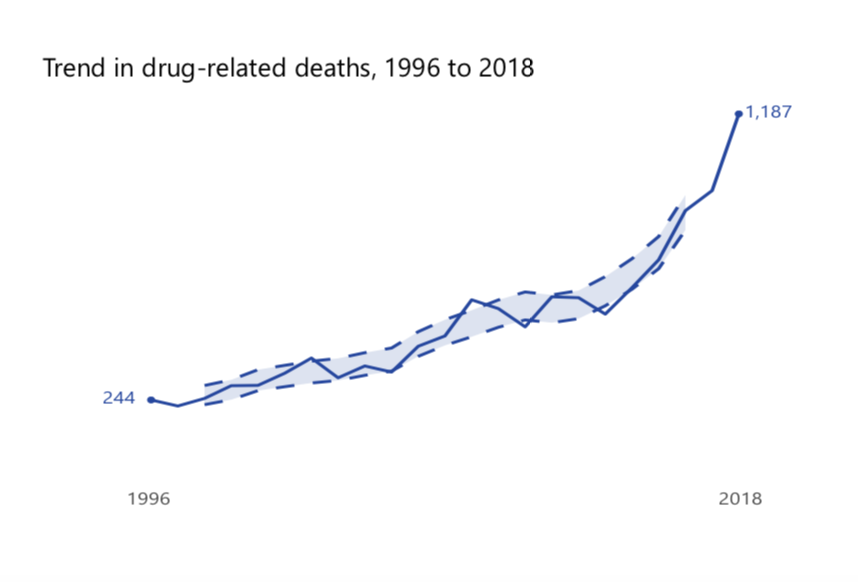 In January 1999, on the campaign trail for the first Scottish Parliament elections in May, the BBC reported: “Dewar declares war on drugs”. The late Donald Dewar, then Scottish secretary and future first minister, told a Labour event in Dunblane that “the drug dealer must be hit in the pocket”.

It took three years for what was then known as the Scottish Executive to realise that the US-inspired ‘just say no’ message on drug addiction was worse than useless, but it was tentative about pursuing an alternative, insisting that it was “not going soft on drugs”.

The Guardian reported at the time: “The new strategy, which is expected to include television, newspaper and billboard advertising, will raise awareness of the help available to addicts and their families.

“But the executive stressed there would be no let up on enforcement and targeting dealers.”

By 2006, the change over the past four years had been so slight that it was still news when Tom Wood, a former police deputy chief constable, referring to ‘Just Say No’, said: “For young people who have already said ‘yes’, who live in families and communities where everybody says ‘yes’, we have to recognise that the battle is long lost.”

The Scottish Executive responded with a classic Blairite ‘third way’ cliche, saying: “We have a very clear policy on drugs, which is to balance the need to tackle supply and challenge demand.”

That was Labour and the Lib Dems, but while the SNP’s 2007 manifesto spoke of a 20 per cent increase in funding for drug treatment and rehabilitation programmes, a decade later three Scottish drugs policy academics could write of a “less impressive” record on “treatment”.

“Treatment is a known protective factor against DRD yet too few of the country’s 61,500 problem drug users are engaged in treatment and, critically, retention rates are poor, particularly in comparison to countries like Norway, which have achieved a turnaround in DRD rates over the past five years,” the academics explained.

Norway has also been cited by the Scottish Drugs Forum as a prime example of how treatment can quickly lead to a fall in drug deaths, as the graph below indicates. 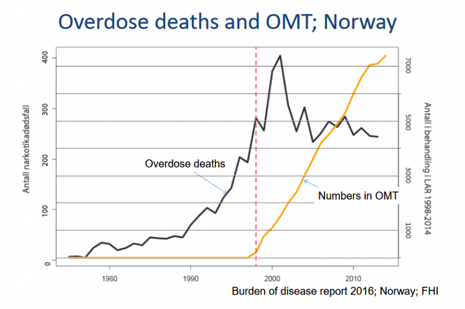 Despite this, there was a sharp fall in funding for prevention, treatment and drug support services in 2016-17, made up for in the year after but, as Andrew McAuley and Alex Stevens, of Glasgow Caledonian University and the University of Kent respectively, state in an article about the drug death crisis published today: “Extra investment of £20m per year until 2021 in drug and alcohol treatment is much needed, but this was announced in response to a widely criticised £15m cut in 2016-17. It falls far short of what is required to address a public health crisis.”

McAuley and Stevens go on to argue that while commitments from the Scottish Government have not been in short supply, solid actions are less in evidence.

They write: “A new drug and alcohol treatment strategy published in November 2018 received widespread acclaim for adopting a public health approach to reduce harms, but an action plan to support its implementation is still awaited eight months on.

“We cannot go on like this. Every year since 2014, steep annual increases in drug-related deaths have been met with promises to look into causes and propose solutions. Meanwhile, people continue to die, as evidence-based and life-saving solutions are left on the shelf. This is an emergency, so let’s treat it as an emergency and get on with acting, as well as investigating.”

In a tweet thread on the issue, McAuley goes on to state numerous ways in which increased resources for prevention, treatment and rehabilitation can make an enormous difference, concluding: “Strong and visible public health and Governmental leadership is urgently required to address the increase in drug-related deaths in Scotland. This requires immediate action at BOTH Holyrood and Westminster.”

This gets to the crux of the issue. While it is absolutely right to identify the important impediments that the UK Government’s control of drugs policy and key financial powers has on the Scottish Government, it’s too easy to put it all down to this. Successive governments – Labour-Lib Dem and SNP – have failed to take an effective, well resourced health based approach to the issue, which is within the parliament’s purview. The problem is not just one of powers, but also of mentality – Scotland and the Scottish Parliament remains far too conformist to a failed anglo-American approach to drugs and criminal justice, which it is moving away from, but far too slowly. It’s why we have the second highest incarceration rates in western Europe – after England & Wales. And it’s been that way since 1999. 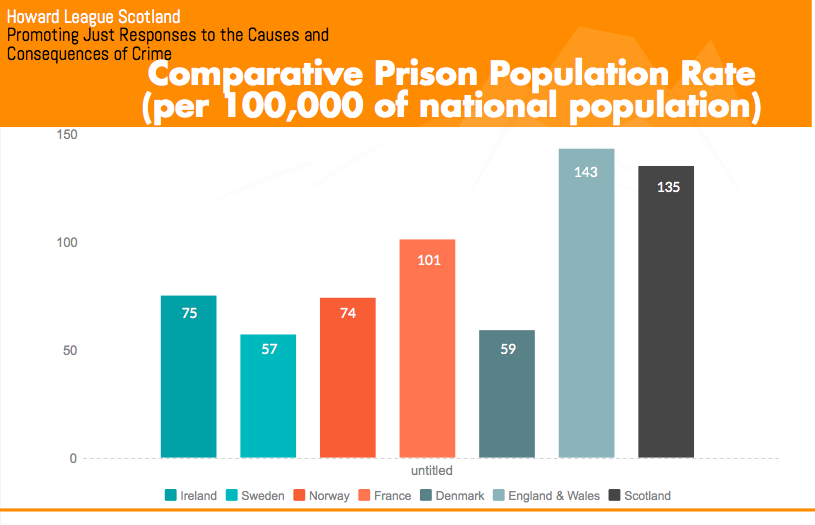 In the many articles published on 20 years of the Scottish Parliament a couple of weeks ago, there was very little class analysis of Holyrood’s successes and failures. Drugs and criminal justice were broadly ignored as talking points. But Holyrood’s record of conformism to British norms and tepid progress says a lot. Hand-wringing about Westminster – as correct as it may be – can’t disguise that.