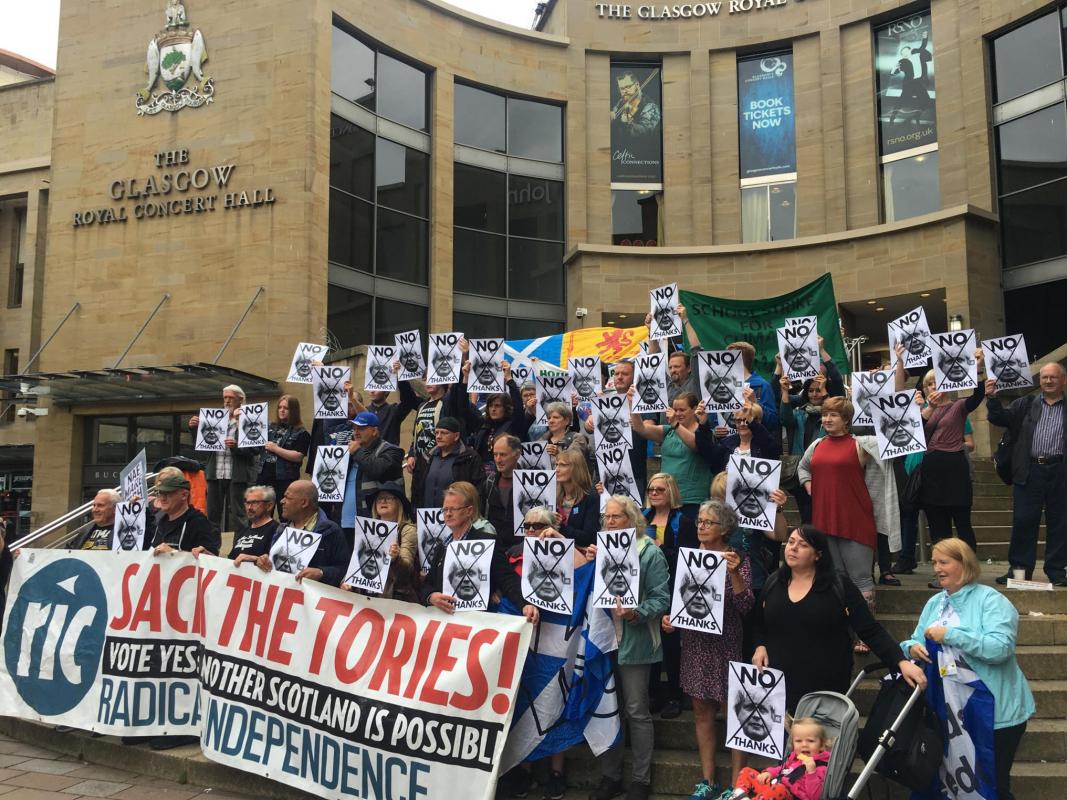 Is there a more apt way for Boris to show ‘the ties that bind the UK’ than US-controlled weapons of mass destruction with a renewal cost of £205 billion?

BORIS JOHNSON’S trip to the Faslane Nuclear Base in his first visit to Scotland as prime minister is apt. Sure to be met with protests anywhere other than a heavily fortified nuclear base, Faslane is probably the safest place for him.

The choice of location is also symbolic in another way: the Trident nuclear weapons system that Faslane services is a monument to the UK state’s warped priorities. While the Tories’ austerity agenda has generated hundreds of thousands of emergency food packages in recent years due to the rise in poverty, especially child poverty, the UK Parliament has also sanctioned the purchase of a new generation of Trident nuclear missiles, which CND estimates the liftetime costs to be £205 billion. These are “the ties that bind the UK”, which Johnson said before his visit that he would strengthen.

There will be no ‘walk-around’ on Johnson’s visit to Scotland. No attempt to meet those who have been hit by 10 years of Tory austerity. Johnson will just shake hands with high-ranking British navy officials in his pay, before meetings with Ruth Davidson and Nicola Sturgeon. That’s the ‘people’s PM’, for you. 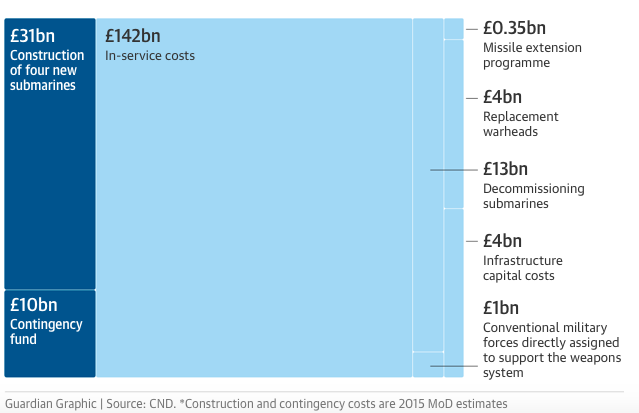 It’s not without irony, then, that Johnson announced £300 million new funding for Scotland, Wales and Northern Ireland in the form of Growth Deals, money which Scottish Finance Minister Derek Mackay was quick to say was already in the pipeline anyway, so in that sense is not new at all. Even if it were, lined up against the cost of Trident replacement, it looks like what it is – a drop in the ocean.

These weapons of mass destruction would almost certainly lead to mutual annihilation if they were ever used, but their purchase is deemed necessary to keep Britain among the ‘top tier’ of global powers. Of course keeping the union jack flying high is what Johnson’s brand of can-do British nationalism is all about, and he wants Scotland to feel part of it, hence the Faslane visit.

The phallic symbol of British prowess may be more appealing to Scots if they were not the first to be eviscerated if the nuclear base was ever attacked, or if an accident happened. Indeed, there has been over 500 reported safety incidents at Faslane since 2006.

We should not forget that the majority of UN nations voted in favour of a legally binding Nuclear Weapon Ban Treaty in 2017. The UK is of course among those rogue states which did not vote and has not accepted the legitimacy of the treaty ban. It requires at least 50 countries to ratify the Treaty for it to come into effect – so far 23 have done so. If Scotland were to become independent it would surely be the 24th UN nation to do so, and if it followed through on a swift removal of the weapons from Faslane it would in effect disarm Trident (there is currently no suitable alternative location in the UK for the weapons).

That would not make Johnson happy, nor his close ally in Donald Trump, as the US in effect controls the Trident system. The missiles are rented from the US navy and are periodically sent back there for maintenance. Many of the system’s components are US built as well. The testing of the nukes was overseen by the US, and the Aldermaston site where they are made is part owned by the US’ Lockheed Martin. A UK Parliament Defence Committee found that “the only way that Britain is ever likely to use Trident is to give legitimacy to a US nuclear attack by participating in it”. And what if the UK didn’t want to participate in a US-inspired nuclear war? “In a crisis the very existence of the UK Trident system might make it difficult for a UK prime minister to refuse a request by the US president to participate in an attack,” the committee found.

On the day of Johnson’s appearance, Scottish CND have made the timely announcement of a new ‘Disarming Nuclear Scotland’ conference in September. Johnson’s desire to identify with the UK’s nuclear arsenal is all you need to know about why such campaigning efforts are essential to keep-up.

Picture: Radical Independence Campaign protests at Buchanan Street steps in Glasgow on the day of Johnson’s visit to Scotland