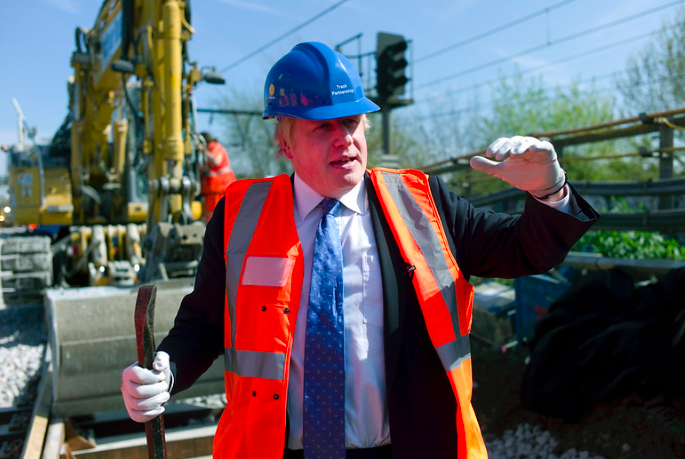 Boris Johnson is now almost certain to be the next Prime Minister. Ben Wray takes a look at the three broad options he is likely to have available to him on Brexit: Pursue No Deal, May’s Deal and a General Election.

THE Boris Johnson coronation has overcome what appears to be the final possible banana skin to his ascension to the top job in the land.

The ITV debate with Jeremy Hunt on Tuesday evening [9 July] is the only time the two will face-off, and while Hunt made a decent fist of putting Johnson under pressure, insufficient damage was done to what is surely now an inevitable victory for the former Foreign Secretary. Exposing Boris as self-serving and Trump’s poodle may well damage his standing in the country, but it’s unlikely to put off the Tory faithful.

When the announcement is made on 23 July, the real difficulties will come for the new Prime Minister. Johnson will inherit the same parliamentary arithmetic as Theresa May, with no desire in Brussels to pursue a new deal, and just over three months until 31 October.

The campaign has given little indication of what Johnson might really do in office. As ITV’s Robert Peston argued prior to the debate, the choice of Johnson is “the Conservative Party at prayer rather than in pursuit of pure reason”.

Brexiteers hope, with little conviction, that he will face down the EU and the House of Commons and seek to leave on 31 October, if Brussels does not come back to the table with a serious offer.

READ MORE: Neil McLeod: The media made ‘Boris’ – just like they made Trump

Pragmatic Tory Remainers hope, with little conviction, that he will give May’s deal a third try in the House of Commons, with the Johnson stamp perhaps being enough to see it through parliament.

Speculation among all sides – including from senior Labour figures – wonders whether Johnson may decide instead to call a General Election in advance of the Halloween Brexit deadline, in an attempt to alter the parliamentary arithmetic in his favour and give the Tories a fresh mandate.

There’s reasons for Johnson to pick each of these three strategies, but equally good reasons why he won’t pursue any of them. But presuming his Plan A – re-negotiate a better deal – fails, as everyone expects it will, he will have to pursue one of them. Let’s take a look at each in turn.

Johnson has said that “do or die, come what may” he will take Britain out of the EU on 31 October. But he knows that this will not be entirely within his purview. The House of Commons is opposed to No Deal, and his ascension is unlikely to change that in and of itself. This week a cabal of Tory MPs, led by the Chancellor Phillip Hammond, have been plotting to prevent No Deal from happening. While No Deal is the legal default as it stands, a parliament mobilised to stop it will in all likelihood find a way. The prospect of Britain leaving the EU with a No Deal by accident may be technically feasible, but is politically extremely unlikely.

Former Brexit Secretary Dominic Raab floated the idea of pro-roguing parliament to get No Deal through during his failed bid for the leadership. This means ending the parliamentary session early so that MPs cannot meet, meaning the No Deal legal default cannot be stopped. Johnson has not said he supports the idea, but neither has he ruled it out. Nonetheless, it remains unlikely – besides the enormous political fall-out of taking such an action, it could backfire, as Johnson would have to get the Queen to take such an action, who could in turn say that it shows he can’t command the House and therefore trigger a General Election. Sam Fowles of the UK Constitutional Law Association has said it is also legally dubious as the prime minister is required to act in good faith.

More likely is that Johnson would rule out an extension of article 50 if the parliament blocked No Deal, and thus effectively dare the House of Commons to rescind article 50 and cancel Brexit, something it is not clear there is a majority for in the parliament. If the parliament was not willing to do this, No Deal would once again be the legal default. Once again, this would run the danger of Johnson losing a No Confidence vote as Tory backbenchers decide they’ld rather get rid of the PM than face such a choice.

Johnson may opt against a No Deal showdown in favour of trying to get May’s Deal through the parliament again. After all, the Uxbridge and South Ruislip MP did vote for the Deal on the second time of asking.  A Brexiteer varnish on the Deal could get it over the line, the thinking goes. There are two obvious problems with this.

First, it’s distinctly unclear that Johnson will be able to secure any more MPs than May did. While he can command some more respect among Tory Brexiteers than May, he is likely to struggle in bringing on board the DUP if the back-stop remains in place. Labour MPs are even less likely to back a Boris Deal than a May one.

Second, even if he did get the Deal through the Commons, it would be seen as a betrayal by much of the Leave voting public, including the vast majority of those who rallied behind the Brexit Party in the European elections just two months ago. Johnson could be caught in the same pincer between Leave and Remain voters as May was, a circumstance which is an existential threat to the Conservative party at a General Election.

Of course there is a lot of shades of grey here. Johnson may think he can extract just enough out of Brussels to sell it as an entirely new Deal to May’s, one that honours the 2016 referendum vote. But the EU doesn’t have much incentive to give a lot away, especially if they are convinced that parliament will block No Deal.

Most new Prime Ministers get a bounce after entering office. Theresa May and Gordon Brown are examples of two Prime Ministers who got into 10 Downing Street without winning a General Election but still got a bounce in the months following.

Johnson will be hoping for the same, and he may decide that if the bounce is sufficient, rather than get entangled in the extremely fraught and messy business of trying to get Brexit done through this parliament, go to the people instead and secure a more favourable set of legislators. A Tory majority would give Johnson huge authority and surely bring Barnier and co back to the negotiating table. A September General Election has been mooted as a possibility.

The problems with this are obvious. The European elections and recent opinion polls suggest a General Election before Brexit would be extremely unpredictable.

The Tories would be banking on the strength of a marmite personality like Johnson to over-ride the threat from Farage, Corbyn and the Lib Dems. The Brexit Party in particular would be the wildcard here – are the over 5 million who backed the Brexit Party Leave sufficiently convinced by Johnson to ditch the Brexit Party for him? An election deal between the Brexit Party and the Tories – where the Tories stood aside in some key Labour marginal seats – is not impossible (though Johnson has said he’s opposed to the idea), but it would be very difficult to negotiate.

It’s possible that Johnson will keep the General Election option up his sleeve if he needs it. If he can prove to the Leave voting public that his aims are being frustrated by a Remain-majority parliament, perhaps he could secure a slim majority. But like all the options are available to Johnson, that’s a big ‘if’.