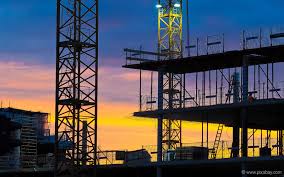 Economists and procurement experts tell Commonspace Carillion is “tip of the iceberg.”

THE Carillion collapse is simply the “tip of the iceberg” of poor public sector procurement practices, according to two top economists.

Construction and management services giant Carillion formally entered liquidation earlier this week, casting doubt over the completion of current public sector projects. The company’s collapse has also raised questions about its domination in the delivery and management of public contracts.

Economists Jim and Margaret Cuthbert explained to Commonspace that the domination of companies like Carillion in the public sector is no mistake.

“Going back to the 1980s, a predominant ideology developed in government which sought to shrink the state and viewed the private sector as a magic solution to deal with problems,” Jim Cuthbert explained.

Margaret Cuthbert said that after widespread industrial action by public sector trade unions in the 1980s, including strikes by miners and waste collectors, the UK Government didn’t analyse the problems causing difficulty in the delivery of public services and saw the only answer as a neo-liberal approach to public expenditure, viewing private companies as the best way to deliver public services: “Expenditure solutions like the private finance initiative allowed companies like Carillion to exist, and this explains their dominance today,” she said.

“In many cases where a project has gone wrong, the private companies paid to deliver it have been nowhere to be seen.” Jim Cuthbert

Jim Cuthbert also explained that government viewed PFI [Private Finance Initiative] and other schemes as a way to transfer risk and expenditure from government balance sheets, but argued that this was a false belief: “In many cases where a project has gone wrong, the private companies paid to deliver it have been nowhere to be seen.

“However, this was almost inevitable, given the complexity of large PFI contracts – and the unnecessary secrecy surrounding the whole process.

“Even when the private company picks up the conventional monetary cost, there are likely to be large non-financial costs to the public, in terms of disruption of services, which are not covered.”

Work by Journalist George Monbiot in 2010 showed that PFI debt repayment was costing the public purse more than four times the original construction cost. The BMA [British Medical Association] warned in 1997: “The NHS could find itself with a facility which is obsolete in 10 or 20 years’ time, but for which it will still have to pay for 30 years or more.”

Furthermore, an investigation by the Scotsman revealed that NHS Lothian would pay £1.26bn for the Edinburgh Royal Infirmary. The contract means that by 2028 NHS Lothian will have paid for the building seven times over, but never own it outright.

Controversy around the relationship between public sector needs and private companies winning contracts to deliver them were heightened last year after a wall collapsed at Oxgangs Primary School in Edinburgh. Seventeen other schools were closed over safety fears, and it fell to Edinburgh Council to meet the financial and logistical burden of providing alternative education provision.

A report into the collapse by Edinburgh Council blamed construction irregularities, raising alarm after the BBC revealed a total of 88 schools were built under the same public-private partnership agreements.

Margaret Cuthbert also raised concern about the phenomenon of “contract bundling”, which she says had the effect of pricing small businesses out of the tendering process for public contracts: “Instead of separate bids for parts of the construction or delivery of managed service, like cleaning or cafeteria services, mega-companies like Carillion were bidding for large contracts which bundled all these aspects together.

“This ensured smaller companies, who could only bid for certain aspects, could never compete, so they instead had to rely on subcontracts from the bigger company later in the process.”

“The notion that there was a market driving cost reduction and value for money is spurious and unfounded.” Professor Mike Danson

Professor Mike Danson from Herriot-Watt University also criticised the belief that the market and competition within the private sector could lead to better delivery, saying partnership working between major corporations like Carillion eliminated that competition: “In many of the cases of PPP/PFI, outsourcing, stock transfers and the like, there was little or no competition; there was strong coherence and partnership working between major corporations, funders, banks, consultancies and other elite players.

“So the notion that there was a market driving cost reduction and value for money is spurious and unfounded.”

Professor Danson added that new land reform legislation has given communities some freedom to demonstrate “what can be achieved when the dead-hand of landlordism is removed”, and that Carillion’s collapse could provide opportunity to extend community powers: “The fallout from the failures of Carillion offer the potential to further the arguments, rationales and instruments to pressure the Scottish Government and Parliament to continue that fundamental and irreversible shift in the balance of wealth and power in favour of working people and their families.”

Supporters of PFI still contend that the private sector is the best way to deliver many public construction projects, arguing that tangible benefits could be seen in the speed of construction and efficiency savings in the management of services.

“The fallout from the failures of Carillion offer the potential to further the arguments, rationales and instruments to pressure the Scottish Government and Parliament to continue that fundamental and irreversible shift in the balance of wealth and power in favour of working people and their families.” Professor Mike Danson

Olivier Brousse, chief executive of John Laing, a company which invests in and manages PFI contracts in the prison and healthcare sector, told the Financial Times in 2017 that although there were problems with the current PFI model, projects could still be better handled by the private sectors.

Bruce argued that PFI contracts for prisons could also focus on tangible outcomes, meaning that private companies running prisons would be expected to meet targets on reoffending in order to protect their final profit.

However, Jim and Margaret Cuthbert agreed that an ideological change was required in Scotland to ensure that the situation we are currently in is not repeated, arguing that government should value the social benefit of public control rather than the financial cost of capital expenditure.

In a statement following the announcement of Carillion’s liquidation, Scottish Government Cabinet Secretary for the Economy, Keith Brown, said he was working with the liquidators and the UK Government to support completion of public projects in Scotland: “The Scottish Government has been working to manage or eliminate risks associated with Carillion’s difficulties since July last year and we have contingency plans in place for affected contracts, including the Aberdeen Western Peripheral Route where the contract contains a mechanism for the remaining two joint venture partners to deliver the project and we expect that work to continue.”